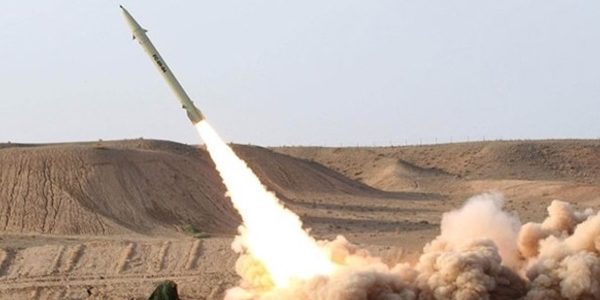 Short-range tactical ballistic missiles including the Soviet Scud-B and C, North Korean Hwasong 5 and 6, and the Soviet Tochka – as well as rockets – continue to be launched from Yemen into Saudi Arabia – a key U.S. ally in the Middle East.[1] Houthi forces also appear to have taken Soviet SA-2 SAM missiles and re-worked them as effective anti-ground targets, dubbing the new missile “Qaher-1.”[2]

Yemeni security forces purchased many of these missiles in the 1990s and early 2000s from North Korea before being captured in the past few years by Houthi rebels.[3] As such the proliferation threat comes not from official Yemeni security forces, but from Houthi insurgents and their alleged sponsors – Iran and Hezbollah – who have seized power amid the chaos of Yemen’s plunge into civil war. Sec of State John Kerry has come forward declaring intelligence indicating Iranian support for Houthi forces, although this is disputed by both Houthi officials and Tehran.[4] The exact capabilities of the Houthi insurgents are mostly unknown; yet, the proliferation of ballistic missiles to non-state actors operating in Yemen is widely evident, and continues to pose a threat.

Saudi missile defense systems in conjunction with preventative coalition air strikes against missile stockpiles have proved largely effective at negating the Houthi missile threat: Patriot Pac-2 and Pac-3 missile placements have shot down incoming Yemeni missiles with nearly 100% success.[5] However, despite the success of missile defense systems for Saudi Arabian defense, ballistic missiles continue to proliferate to dangerous actors in Yemen and remain a threat to Saudi Arabia and the surrounding region.

The Conflict in Yemen

After an extended insurgency, Houthi rebels overthrew President Ali Abdullah Saleh in 2011, followed by the election of Abdrabbuh Mansour Hadi to the Presidency. This was followed by escalating insurgency, allegedly supported by Iran and Hezbollah – as well as ousted President Saleh – culminating with the Houthi takeover of the government in Sana’a and most of Western Yemen in January 2015, pushing Hadi and his supporters down to the Sunni strongholds in Southern and Eastern Yemen.

Saleh, who since his removal has gained support among some Houthis, retains a number of supporters in the military who have fractured off from Hadi’s security forces, taking weapons with them, including ballistic missiles. This is where the proliferation issue arises. In response, Saudi Arabia – backed by a largely Sunni and U.S. coalition – began to intervene in 2015 in support of the beleaguered Yemeni security forces and Sunni tribes under Hadi. This conflict has been further complicated by the formidable presence of Al Qaeda which controls swathes of central Yemen, fighting against both Saudi-coalition forces and Houthis. Recently, the Islamic State has also begun launching attacks against Al Qaeda, Saudi-coalition forces, as well as Houthis.