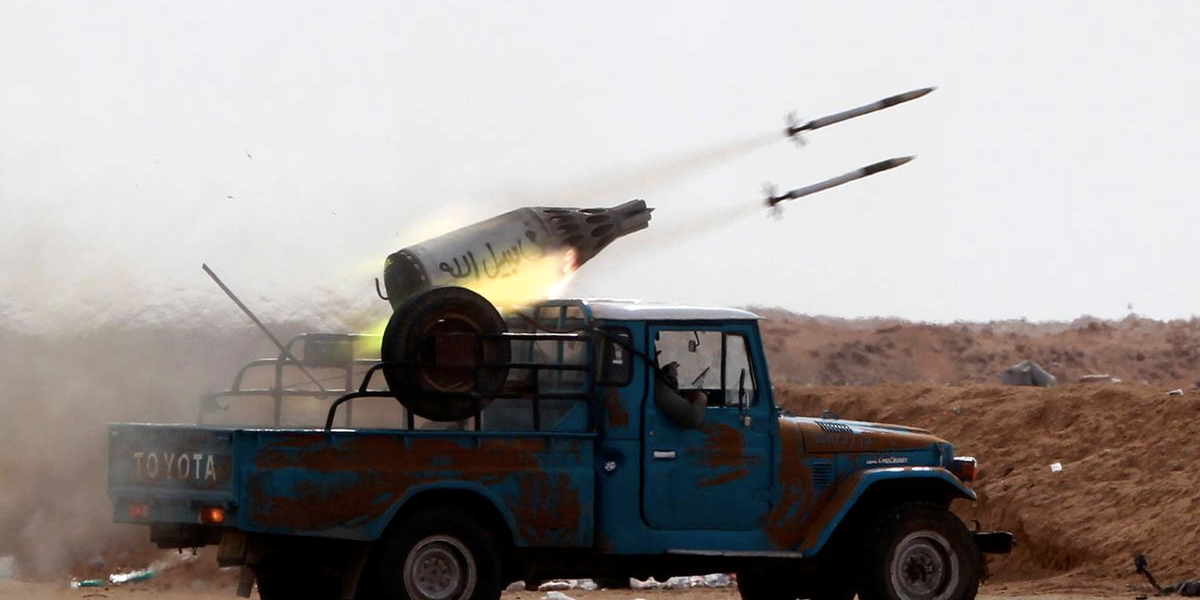 Following the collapse of the Qaddafi regime in the 2011 and Libya’s implosion into continuing factional violence, many feared that thousands of missiles – particularly MANPADS – would fall into the hands of radical Islamists.[1]  While the missile threat within Libya has reduced, there is a virulent threat in the unchecked proliferation of MANPADS and rockets out of Libya thanks to the collapse of security systems and the rise of autonomous armed actors.[2] Senior Fellow at the Center for American Progress Brian Katulis remarked, “In a very real sense, Libya is exporting its insecurity to surrounding countries.”[3] 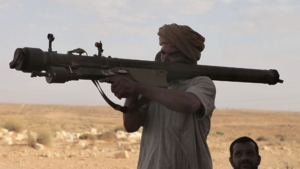 Man-Portable Air Defense Systems – shoulder-launched anti-aircraft missiles – are one of the most widely proliferated and most effective weapons systems in the world with an estimated 500,000-750,000 stockpiled in over 102 states – not to mention non-state actors.[4] Of Qaddafi’s reputed stockpile of 20,000 MANPADS – mostly the Russian SA-7b, SA-16 and SA-24 – the vast majority were destroyed by U.S./NATO strikes, confiscated by the U.S. or simply inoperable from age (many nearly 40 years old).[5] Regarding the several thousand remaining: most are in the hands of the various militias and semi-legitimate government forces operating across Libya. [6] These non-state actors may not explicitly pose a terrorist threat, but have been openly proliferating MANPADS for use in conflicts across the region – including to terrorist groups. As former U.S. Secretary of Defense Leon Panetta noted, “There is no question when you start passing MANPADS around, that becomes a threat.”[7]

The Libyan MANPADS have reached terrorist groups including Al-Qaeda, Hamas, Boko Haram, the IRA and Syrian insurgents, as well as an array of autonomous non-state and terrorist actors in conflict zones across North, Central, East and West Africa, and the Middle East.[8] In particular, the Tuareg militias in control of southwestern Libya are reported to be smuggling many back for use in their own campaigns for power in Mali, as well as for illicit weapons trading across Africa and the Middle East.[9] 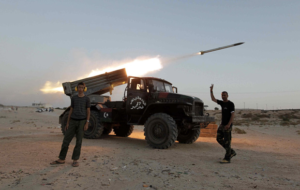 Although not as widely proliferated as the MANPADS, many Libyan armed groups continue to use various rocket systems looted from Qaddafi’s stockpiles. These include most commonly the Russian S-5, S-8 and S-13 rockets, launched from Soviet UB-16 and UB-32 MLRS (pictured at top) that have been adapted for deployment on pickup trucks.[10] These rockets typically have a range of 1-4 km depending on type and launch, and carry conventional explosive warheads.  Additionally, militia and autonomous forces have used Soviet BM-21 Grad MLRS across Libya, while additionally exporting them to surrounding states including Mali and Chad.[11] The Grad has a significantly larger range of 20-45 km depending on rockets armed with a variety of conventional or chemical warheads.

Libya’s ballistic missile arsenal–prior to and after the collapse of the Qaddafi regime–consisted of around 80 Soviet-era Scud-B SRBMs acquired in the mid-1970s. These missiles went unused for decades. During the 2011 armed uprising, forces loyal to Qaddafi launched a Scud-B at rebel troops and the missile struck nowhere near its target, indicating the limited operational capability of Libya’s SRBM arsenal. Poorly maintained and with an inadequate military infrastructure for proper operation, Libya’s remaining Scud-Bs are likely unusable. Despite this, the precarious situation in Libya has increased the risk of missile proliferation to non-state actors in the area. This possibility sparked concern among U.S. State Department officials, who openly suggested targeting Libya’s Scud-B facilities during the country’s armed uprising.