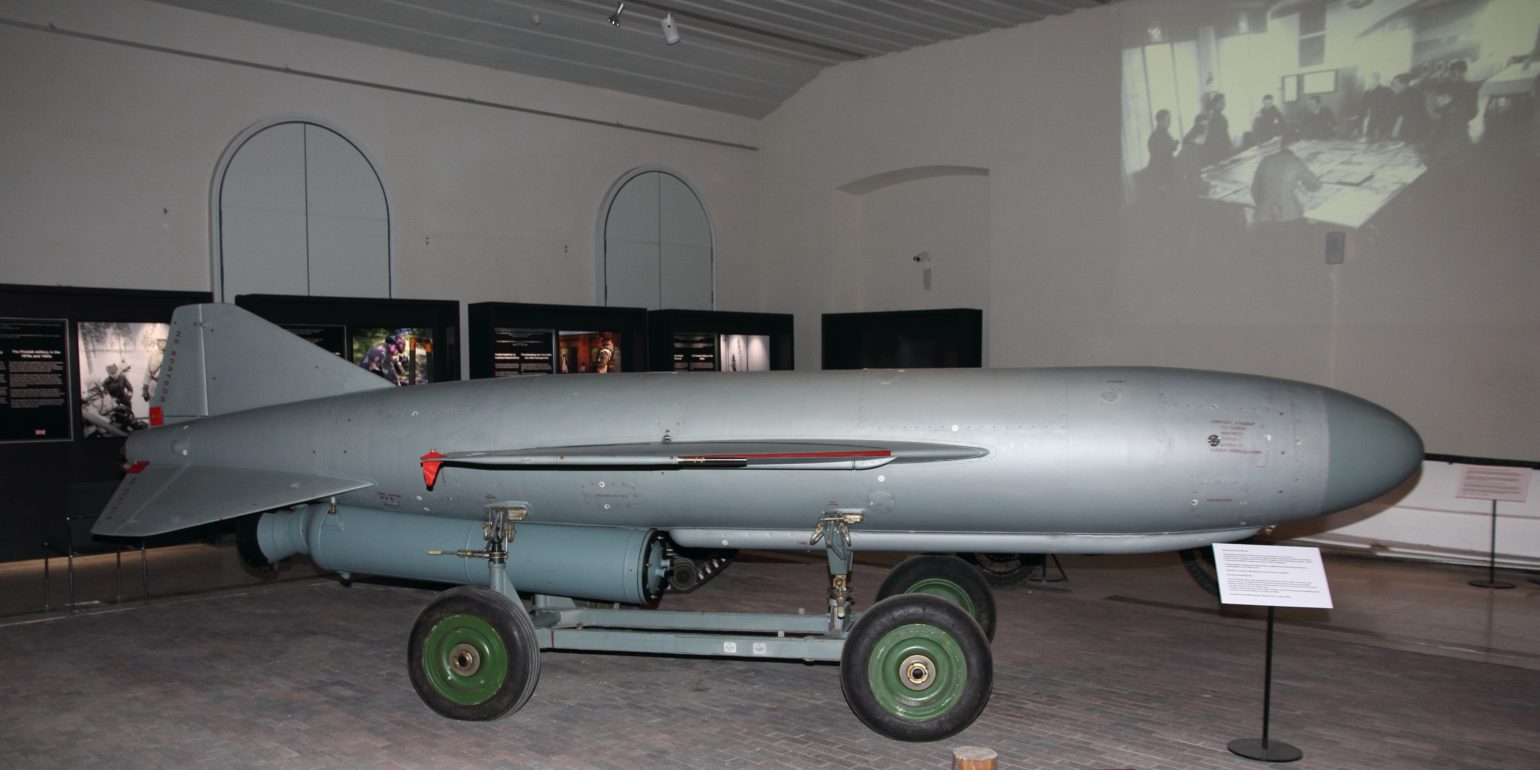 The SS-N-2 Styx (NATO designation), known to the Russians as the P-15 Termit is a surface-to-surface anti-ship cruise missile that can be launched from a ship or a coastal battery. The P-15 has a cylindrical body with a rounded nose and fix wings, and three control surfaces on the tail.[1] The design was based on the experimental Yak-1000 fighter built by the Soviets in 1951.[2] The P-15 was meant to be a cost-effective weapon, relying on analog electronics and a traditional rocket engine instead of a turbojet. One unique element of the design of the P-15 is that the explosive warhead is located behind the fuel tank in the body.[3] When the missile strikes, it often still contains unused fuel that acts as a secondary incendiary device. The missile has a relatively short range, but allows smaller missile boats the firepower to take on larger ships. The P-15 travels to its target at an altitude between 100m and 300m, activates its onboard sensor from 11km out, and change its angle to put it on direct path to its target.[4]

The P-15 Termit (SS-N-2 Styx) was exported to many countries by the Soviet Union, and thus has seen extended use in combat. There are many variants and upgraded versions manufactured by countries like China, Bulgaria, and North Korea. During the Cuban Missile Crisis, 8 P-15 missiles were shipped to Cuba from the Soviet Union aboard cargo ships. Its first operational use was during the 1967 War of Attrition between Israel and Egypt. An Israeli destroyer, the “Elyiat”, was sailing outside of Port Said, Egypt, and was struck by a total of 4 missiles fired by 2 Egyptian Komar-class missile boats. The missile boats were 30km away, inside the harbor, acting as a coastal battery. The Israelis fired their AA guns attempting to shoot down the missiles, but were unsuccessful. The Elyiat sank within 2 hours, and 47 crew were lost.[5] The Indian Navy used the P-15 during the 1971 Indo-Pakistani War, firing salvos from Osa-class destroyers in raids against Karachi. During the Iran-Iraq war, both sides used the Chinese variant “Silkworm” missiles in naval operations. After the reunification of Germany, the Germans supplied the United States with 200 P-15 missiles to be used for missile defense tests.[6] The P-15 Termit has become one of the most proliferated cruise missiles, its clones and variants are held by numerous countries today, especially in Asia, Africa, and Eastern Europe.

In the facts section the put the cruising alt at 120-250m. I would have them confirm which is correct.