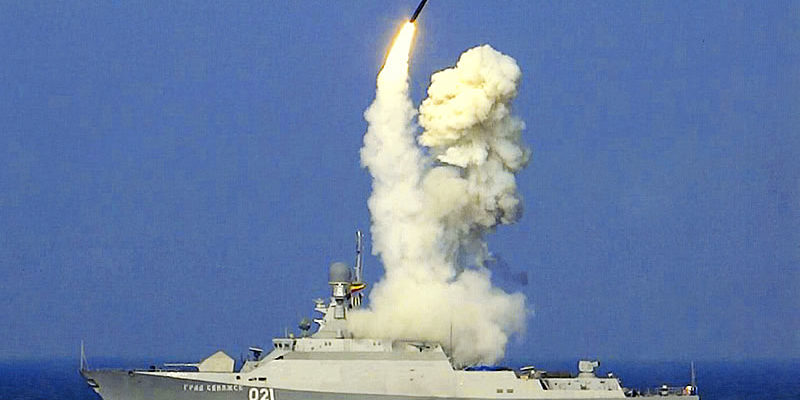 What is Anti-Access/Area Denial (A2/AD)?

A2/AD is an attempt to deny an adversary’s freedom of movement on the battlefield. Anti-access –inhibition of enemy military movement into an area of operations – utilizes attack aircraft, warships, and specialized ballistic and cruise missiles designed to strike key targets.  Area denial – denial of enemy freedom of action in areas under friendly control – employs more defensive means such as air and sea defense systems.[1] Because modern military technology is required to uphold A2/AD, it is almost exclusively practiced by advanced regional powers such as Russia and China. Recently, these powers have employed A2/AD in disputed regions like Crimea and the South China Sea to disrupt freedom of navigation for the United States and the international community.  Russia and China’s use of A2/AD directly opposes the local and regional interests of the U.S. and its allies, leaving us vulnerable when operating in these disputed regions.

The ability to project our military power and surge forces globally are vital to the United States’ status as a superpower and the credibility of our overall national security strategy.[2] Amid endemic budget cuts, in September 2014 Secretary of Defense Chuck Hagel unveiled a “Third Offset” strategy to “[maintain] our ability to project power globally, to deter potential adversaries and reassure allies and friends despite the emergence of A2/AD threats.”[3] These A2/AD threats impede our ability to project power, thus presenting a significant vulnerability.

The A2/AD threat to the US mainly comes from China and Russia’s sea, air, space and land – not to mention cyber – denial capabilities. While China represents the “pacing threat” as it asserts its regional hegemony, Russia has been starkly resurgent in its military assertiveness both regionally and projected abroad through extensive proliferation of weapons systems.[4] Indeed, Moscow’s ability to contest NATO/US power in Northern and Eastern Europe with A2/AD “bubbles” in Kaliningrad, Crimea and Syria may be even greater than China’s capabilities in East Asia.[5] Russia’s annual defense expenditure has quadrupled over Putin’s 16-year tenure to nearly $70 billion.[6] While dwarfed by the US’s nearly $600 billion, Russia’s spending has been carefully focused on increasing capabilities in key areas such as cruise missiles and air defense systems, propelling their A2/AD development.[7]

Russia’s A2/AD bubbles pose a direct threat to numerous NATO and US allied states, from the Arctic down through the Baltic States, Eastern Europe and the Black Sea, even into the Mediterranean and the Levant.[12] Especially since European defensive forces have “atrophied” since the end of the Cold War, the recent surge in Russian strength and A2/AD capabilities pose an existential threat to the US/NATO’s ability to project power into Russia’s “near abroad,” and by extension the legitimacy of the our alliances and force projections throughout the region.[13] 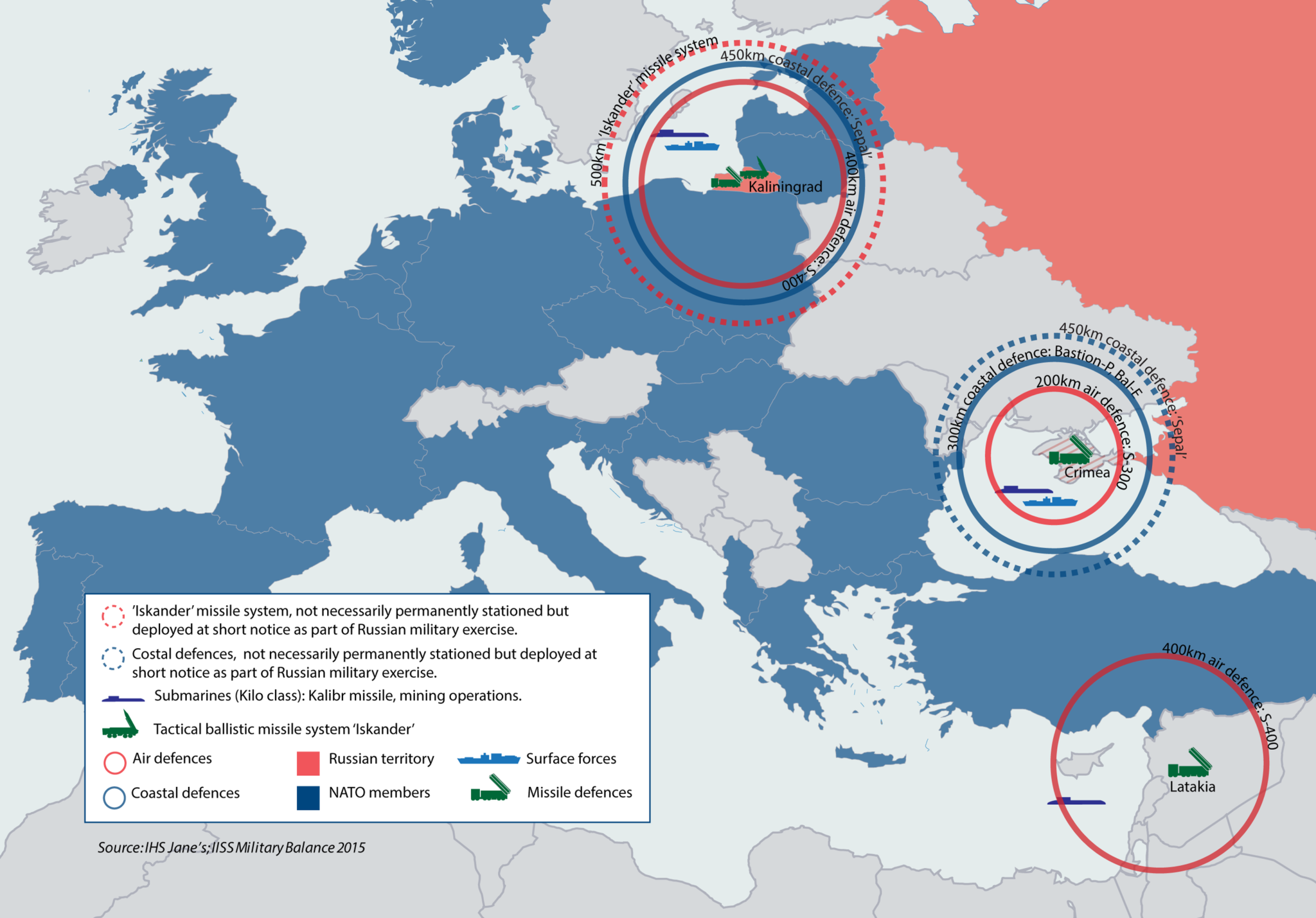 The US and NATO are increasingly cognizant of the distinct threat Russian A2/AD poses, although it is not officially considered an adversary in keeping with diplomatic attempts to alleviate tensions. Lessons from the US’s efforts against Chinese A2/AD in the Pacific theater should be incorporated into the framework for countering Russian A2/AD, despite fiscal constraints in the US DoD budget. Specifically, the key tenets of the “Third Offset” strategy must be developed towards a Joint Global Surveillance Strike (GSS) Network that advances our regional and global interests.[14]

NATO and the US maintain some distinct advantages – which can be improved and exploited to combat Russian A2/AD. We must acquire/deploy more survivable and stealthy long-range UAS and LRS-B for our long-range ISR and strike fleet – capable of aerial refueling, high-volume precision strike and HDBT defeat – including HALE ISR, land and sea-based UCAS, while improving synergy of radar and electronic attack systems, managing infrared signature. For littoral operations we must expand SSN and SSGN force structures with UUVs and new payload modules for covert ISR and special ops (SOF) support, as well as anti-sub (ASW), anti-surface (ASuW), electronic, counter-sensor and counter-land attack and mining potential. Within GSS we must improve our complex systems engineering to link nodes within resilient and survivable C3 architecture while adding more nodes and communications paths, as well as improve ISR data operational integration and efficiency. US/NATO air, sea and missile defense systems must also be expanded, including development of counter-space capabilities, directed energy weapons and rail guns.[15]

This expansion of counter-Russian A2/AD capabilities must be supported by increased responsibility by our allies in Europe for their share of the costs for such developments, as the “Third Offset” allows for focusing of funds on these operations, but is still fiscally constrained and split with counter-Chinese A2/AD, which remains a higher priority.