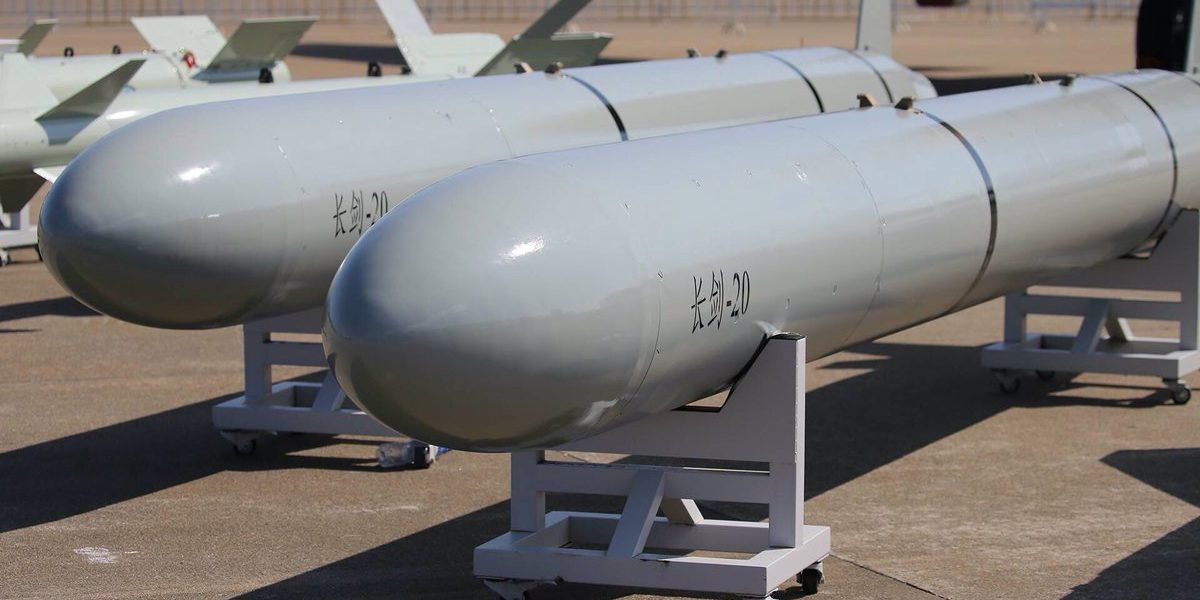 A variant of the Changjian-10 (CJ-10) land-attack cruise missile (LACM), the CJ-20 is an air-launched LACM.[i]  The U.S. Air Global Strike Command estimated the nuclear-capable variant would be operational by 2018.[ii] However, the National Air and Space Intelligence Center in 2017 stated that both the CJ-20 and the CJ-10 are non nuclear-capable. [iii]
Although the weight and yield of the nuclear CJ-20 is unconfirmed, its CJ-10 predecessor possesses an estimated 400kg payload and yield likely ranging from 20 to 90 kT.[iv] Approximations of the CJ-20’s range vary, and include distances up to 2,200km.[v]

Designed to be launched from the H-6K strategic bomber, which has a 3,700km combat radius and can carry up to six cruise missiles,[vi] the CJ-20 will significantly enhance the PRC’s long-range nuclear strike capabilities when fully developed. Likely capable of reaching Japan, Guam, and northern Australia, the CJ-20 will be a crucial addition to the PRC’s anti-access/area denial and first-strike capabilities.[vii]