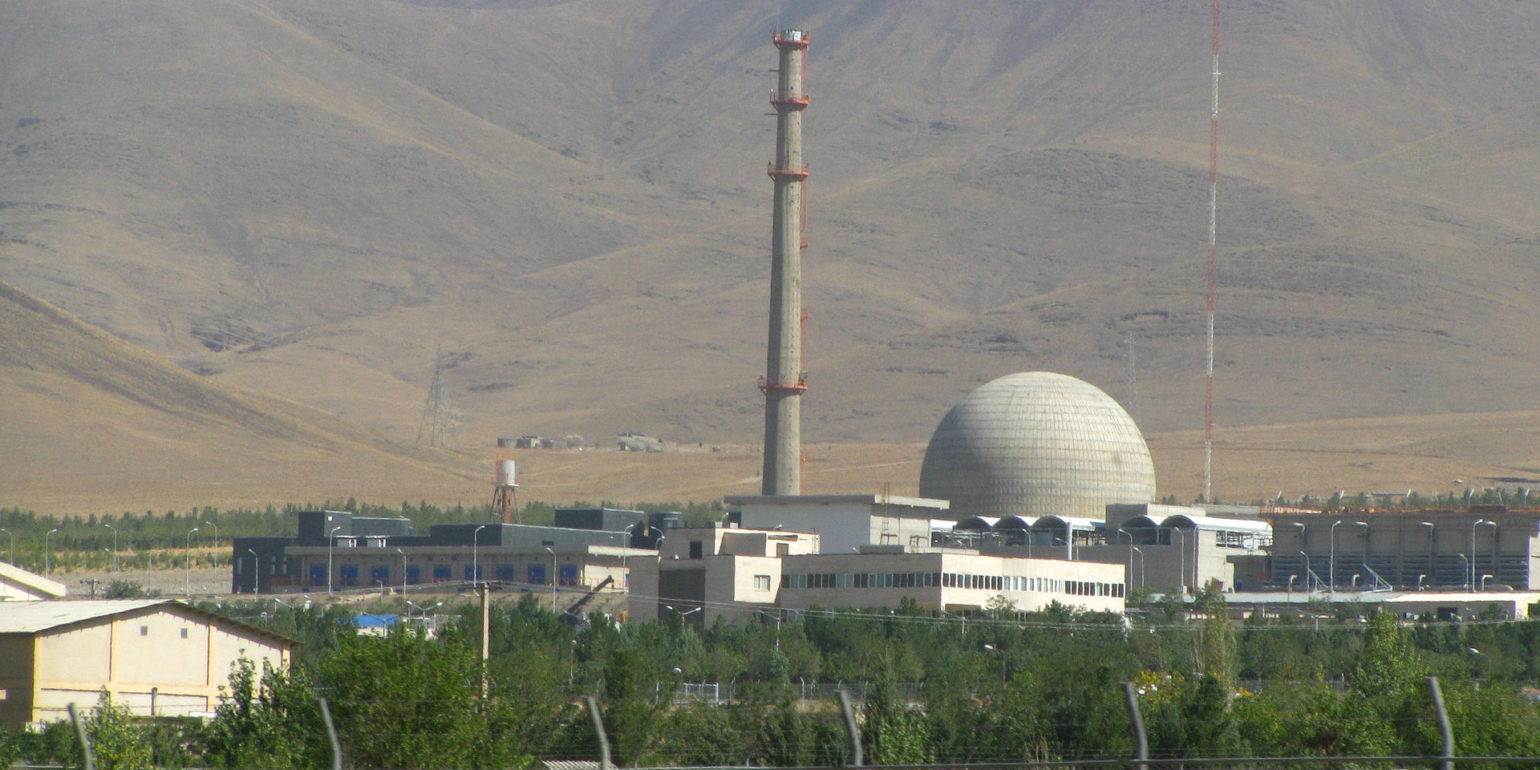 The Arak, or IR-40 nuclear reactor is a Heavy Water nuclear reactor located in northeastern Iran. At its conception in 2003, Arak was intended to be a large-scale producer of Heavy Water for Iran. This was concerning because of Heavy Water’s usefulness in producing and enriching weapons grade Plutonium. Its design origins are murky, with reports of foreign experts contributing to the construction; Russian design firm Nikiet reportedly assisted with the design of Arak, before withdrawing from the project [1]. Iran began releasing reports about the facilities potential capabilities in 2007, claiming it would not be used to produce weapons-grade nuclear material. Iran allowed the IAEA access to the facility in 2009, but refused to provide access to detailed plans; this made the plants purpose unclear [2]. However, upon its completion, Arak was thought to be able to produce around 9kg of weapons-grade Plutonium annually. However, in order to retrieve this material, Iran needed a spent fuel processing facility, which they do not possess.

Upon the completion of the P5+1 Joint Comprehensive Plan of Action, Arak was one of the facilities which required alteration in order for sanctions to be lifted. In 2016, Iran reported having filled in the core of the Arak facility, from which Plutonium would have been produced, with cement [3]. This was a major step in the process of lifting the sanctions off of Iran. Despite filling in the reactor’s core, there are still problems with the Arak plant under the Iran deal. In February of 2016, Iran exceeded its allowed limit of stockpiled Heavy Water for the first time. It exceeded the limit once again on November 9th of 2016 [4]. Iran has also transferred over 80 metric tons of Heavy Water, initially intended to be used at Arak, to Oman. Iran still controls these resources, but they do not violate the agreement because they are not within its borders.

The Arak nuclear facility was initially concerning to the United States and its allies because it had the capability to produce weapons-grade Plutonium. Despite Iran’s insistence that Arak was not intended to produce nuclear material for weapons, their failure to provide the IAEA with access to the plans for the facility called this into question. Arak, combined with the introduction of a spent fuel processing facility, would give Iran the propensity to create a Plutonium-based nuclear weapon. Plans for the Arak facility initially included a reprocessing site, but that was scrapped early on in the construction process [5]. Iran is also prohibited from creating such a facility under the Iranian nuclear deal.

The other strategic implication of the Arak reactor is that it was intended as a model upon which Iran could base a much larger Heavy Water plant at Darkhovin. This plant, which is still under construction, would have nine times the power of the Arak nuclear facility.

Arak’s decommissioning as a possible producer of Plutonium was an important aspect of the Iranian nuclear deal. In January of 2016, the core of the reactor was removed and filled with concrete. Additionally, the members of the P5+1 have agreed to assist Iran in redesigning the facility to produce and research isotopes for medical purposes.