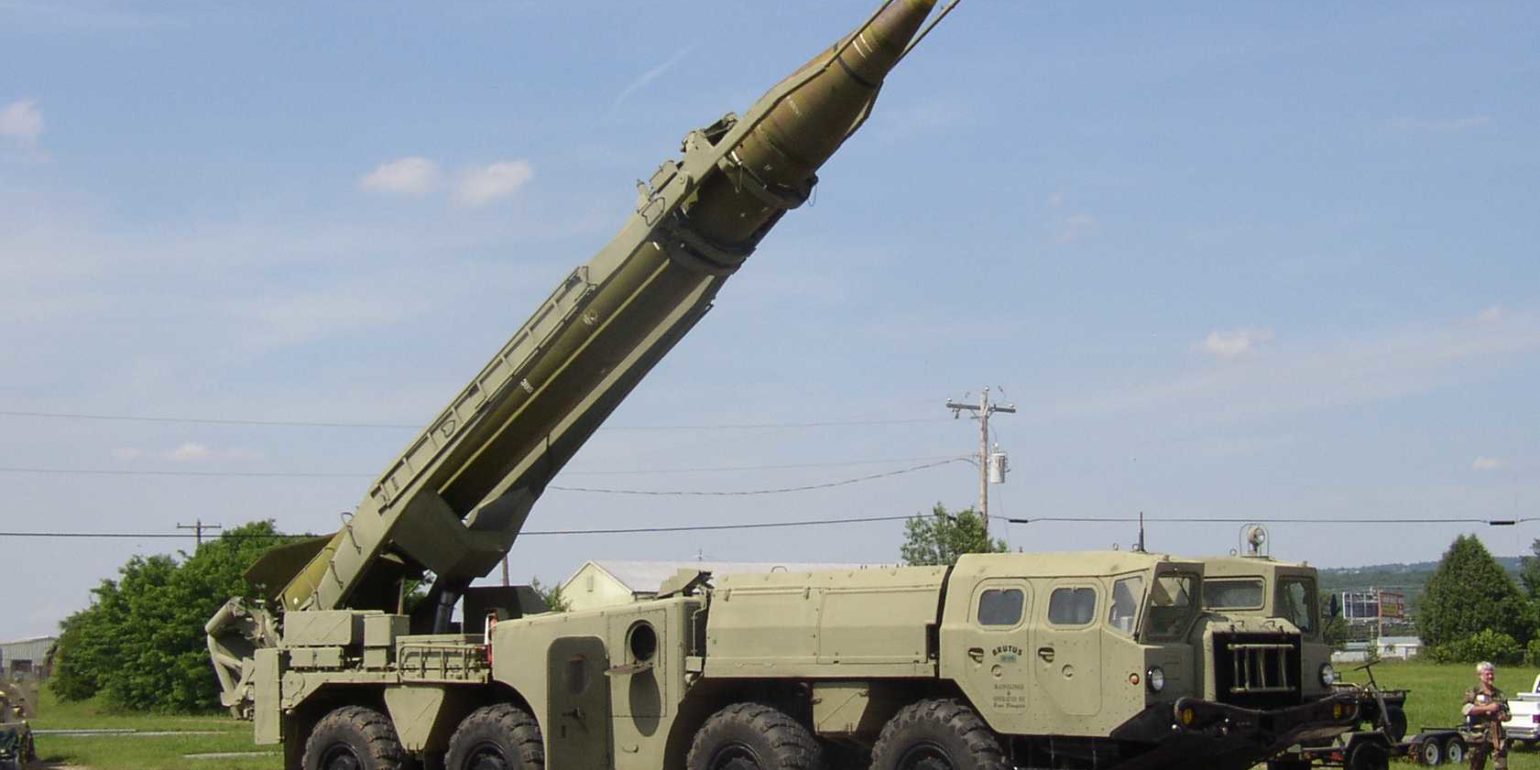 The R-17 Elbrus or SS-1 Scud-B became operational in 1962 as the upgrade to the Scud-A and was operational in other European and Middle Eastern countries by 1965.[1] It is one meter longer than the Scud-A, which measures out to just over 11 meters long.[2] The Scud-B uses a liquid stage-single propellant engine and has a range of 300 km with a CEP between 450-900 meters.[3][4] The missile uses inertial guidance to reach its target and is capable of carrying conventional, chemical or nuclear payloads.[5] The Scud-B is fired from a mobile truck Transport-Erector-Launcher (TEL). The firing sequence for the Scud B usually takes one hour.[6]

The Scud-B system was originally replaced in Russian forces by the SS-23, which carried a greater range, accuracy, and reduced reaction and refire times. As a result of the INF (Intermediate Nuclear Forces) Treaty, Moscow was forced to return to the Scud in the late 1980’s, but by the late 1990’s, Russia developed the SS-26 Iskander to replace the now obsolete Scud.

During the Cold War, much of the former Soviet Bloc was in possession of the Scud-B — along with other Scud missile variants — and countries from around the world such as Egypt, Libya, Iran and Iraq used the missile in conflicts.[7]  Unconfirmed reports also suggest that the missile has been exported to the Democratic Republic of the Congo, Ecuador, Pakistan, and many more states. Approximately 30 countries have deployed the Scud, in either the original or modified versions, because of its simplicity, reliability, and low cost.

While the Scud-B and its other variants are outdated, they still pose a threat to American forces and their allies around the world. The effectiveness of the Scud missile has been proven over the course of many conflicts since its introduction in 1962. The Scud-B was first used in small numbers by Egypt against Israel in 1973 and then much more widely during the Iran-Iraq war in the 1980’s. Russia is also thought to have used the missile during their invasion of Afghanistan in the 1980’s and in Chechnya in the 90’s.[8] Recently, the Assad regime has reportedly used Scud missiles against rebel forces in Syria in its attempt to hold on to power.

The mobility of Scud forces presents a significant challenge for systems that attempt to counter them. The 1991 Gulf War illustrated the challenges in finding and destroying Scud missiles on mobile launchers, as the Iraqi military took great care to employ countermeasures to frustrate air reconnaissance efforts and also cut preparation and launch times to under 30 minutes.

The Scud has proven that it can be a capable weapon for developing nations in the late-20th and early 21st centuries. Despite its age and accuracy, its capability of being used as a chemical weapon by not just developing nations but also terrorist organizations propelled the spread of a huge number of Scud missiles spread across the globe a major security threat. Rogue states such as North Korea and Iran, who possess and develop their own Scud-class missiles, only increase this threat to the United States and its allies.[9]