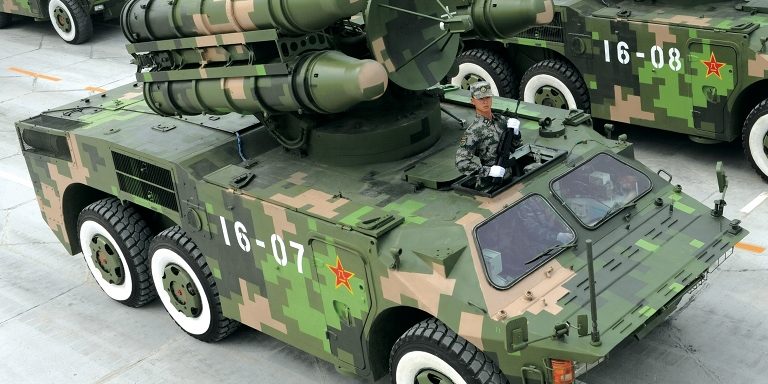 The design philosophy for the French Crotale—off of which the HQ-7 is based—is to fill the role of a short-range, low-altitude, concealed interceptor with a fast reaction time. The development of hypersonic Soviet aircraft with short radar display times spurred French development of the Crotale, which has a reaction time of less than ten seconds and a reload time of two minutes.[ix]Though the original HQ-7 system is outdated, today Beijing uses the HQ-7B as a short-range level of point defense against low-flying aircraft and tactical ballistic missiles, primarily for coastal and border defense of industrial and military assets. Moreover, HQ-7Bs exported to Iran and Pakistan could prove problematic for older generations of U.S. aircraft or short-ranged artillery in the event of a conflict.

May 2015: Pakistan imports at least two HQ-7B batteries from China.[x]

2009: The PLA begins widescale deployment of the armored HQ-7B.[xi]
1999: Iran unveils the Shahab Thaqeb, a clone of the Chinese HQ-7A jointly developed with CASIC.[xii]

1979: The PLA imports four Thomson-CSF Crotale systems from France and begins the process of reverse-engineering.

1967: Thomson-Houston and Rockwell International in France begin conceptual development of the Crotale for South Africa.[xvi]