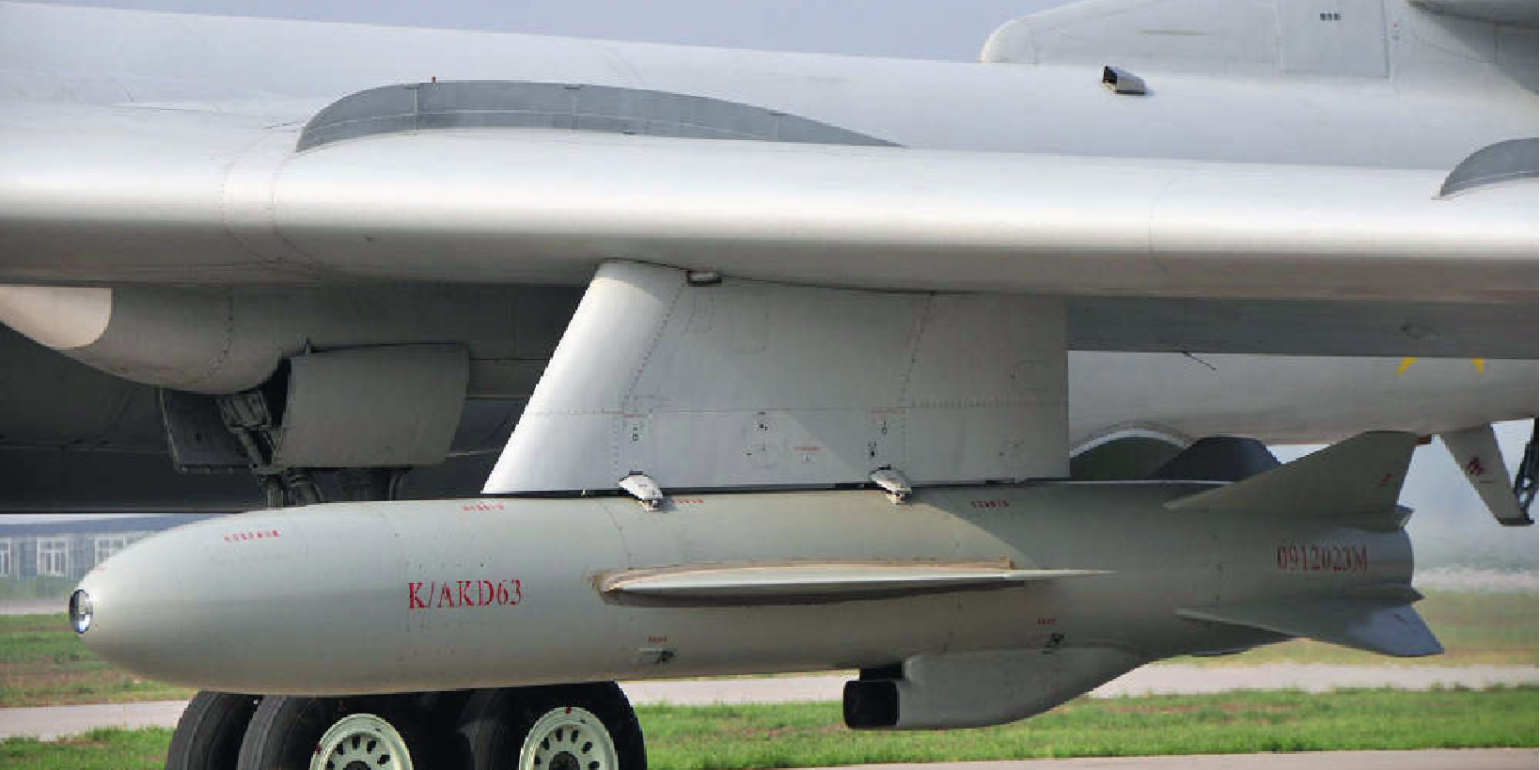 The YJ-63 is an air-launched, land attack cruise missile (LACM) that carries a conventional payload of up to 500kg and has a range of 200km. [1] The YJ-63 reached initial operating capability in 2004, and is believed to be the first indigenous long range LACM deployed by China’s People’s Liberation Army Air Force (PLAAF), likely with technical assistance from Russia. China’s H-6H and H-6K bombers carry the YJ-63, which is capable of reaching subsonic speeds and is guided by an electro-optical terminal guidance system. [2] The YJ-63 is capable of precision strikes against both land and maritime targets.

The YJ-63 is often deployed on the H-6K bomber, which is designed for long-range and stand-off attacks and has a combat radius of 3,500 km. [3] This puts large portions of the western Pacific within range of the cruise missile and has the potential to be a strong anti-access area denial (A2/AD) capability in the event of a conflict.