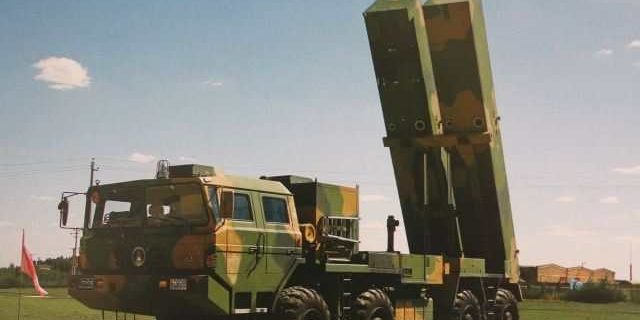 The Dong Feng-12 (DF-12) is a road-mobile, solid-fuel, short-range ballistic missile (SRBM). Previously branded by the People’s Republic of China (PRC) as the M-20,[v] the design of the DF-12 is believed to be based upon the Russian Iskander-E tactical missile system.[vi] Launched from a transporter erector launcher (TEL) capable of carrying two missiles, the DF-12 has a range of up to 280km[vii] and utilizes global positioning system guidance (GPS) to maintain a target accuracy of less than 30m. [viii] In addition to GPS maneuverability, the DF-12 is reported to possess other “built-in counter-measures” to evade ballistic missile defense (BMD) interceptors.[ix]

As an SRBM, the DF-12 poses a limited threat to the PRC’s distant neighbors. However, with a range capable of reaching across the Taiwan Strait, even at its widest point,[x] the DF-12 acts as a part of the PRC’s 1,400-missile arsenal targeting Taiwan.”[xi] The DF-12 makes a notable addition to this arsenal given its rapid, precision-strike capability and BMD countermeasures. These countermeasures would likely prove to be a challenge for Taiwan’s missile defense capabilities,[xii] which do not presently include terminal high altitude area defense (THAAD).