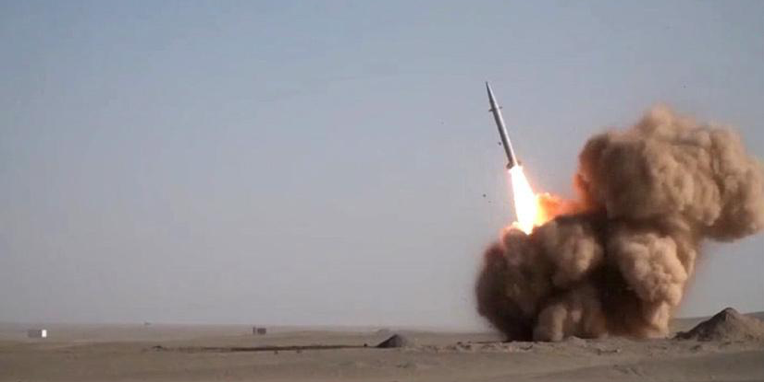 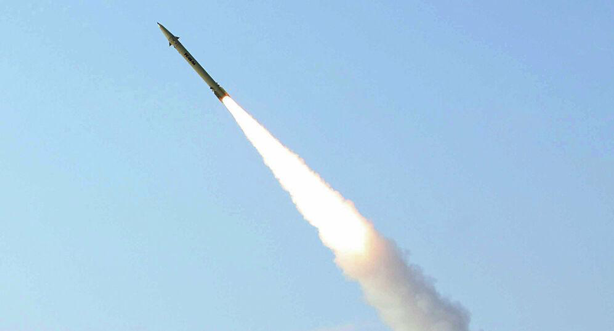 Unveiled in 2020, the Raad-500, also known as the “Thunder 500”, is an Iranian short range ballistic/tactical missile. Its design was made with the intention of being half as heavy as the Fateh-110 and it has been upgraded with a composite engine from a new generation made for propelling missiles and satellite carriers, dubbed with the name “Zohair”.[i] As a result of the weight reductions , while the missile shares the same physical dimensions as the Fateh-110, it has a greatly improved payload to weight ratio. The 4th Generation ballistic missile also incorporates an improved aerodynamic design and terminal precision capability. [ii]

Iranian state media claimed the missile was constructed with lightweight composite materials. The missile is additionally thought to feature a range of 500 km (310 mi) and an accuracy of 30 m CEP.[iii] The Zohair solid-fuel engine gives the missile the ability to withstand pressures up to 100 bar and temperatures up to 3000 degrees Celsius.[iv] The Raad-500 is also the first Iranian missile to implement Thrust Vector Control (TVC). Its rocket engine implements composite casing and thrust vectoring, enabling the missile to shape its trajectory as it moves in space.[v] A maneuverable reentry vehicle on the top of the missile increases its accuracy, and with an appropriate guidance package, the Raad-500 could be used to target aircraft carriers and other large warships.[vi] This maneuverable reentry vehicle, has the same C-C-Composite angle and radius as the modern United States Air Force reentry vehicle for the Minuteman III.

The Raad-500 opens the way for the production of new solid-fuel rocket launchers and allows Iranian ground-to-ground missiles to challenge various missile defense systems because of the small effective dispersion area.[vii] If Iran manages to develop an enhanced guidance package to pair with the missile system, it could potentially engage slowly moving targets, such as aircraft carriers and large warships, which furthers threats to naval activity in the Persian Gulf, the Gulf of Oman, and the strategic Strait of Hormuz.[viii] The Raad-500 highlights Iran’s commitment to developing technologically advanced offensive missile capabilities. This new missile only reaffirms the threat Iran poses to regional stability and NATO members in Europe. The creation of the Raad-500 was further displayed as a demonstration of the capabilities of the Iranian regime to continue to successfully build and diversify their arsenal during sanctions placed on them by the Trump administration.