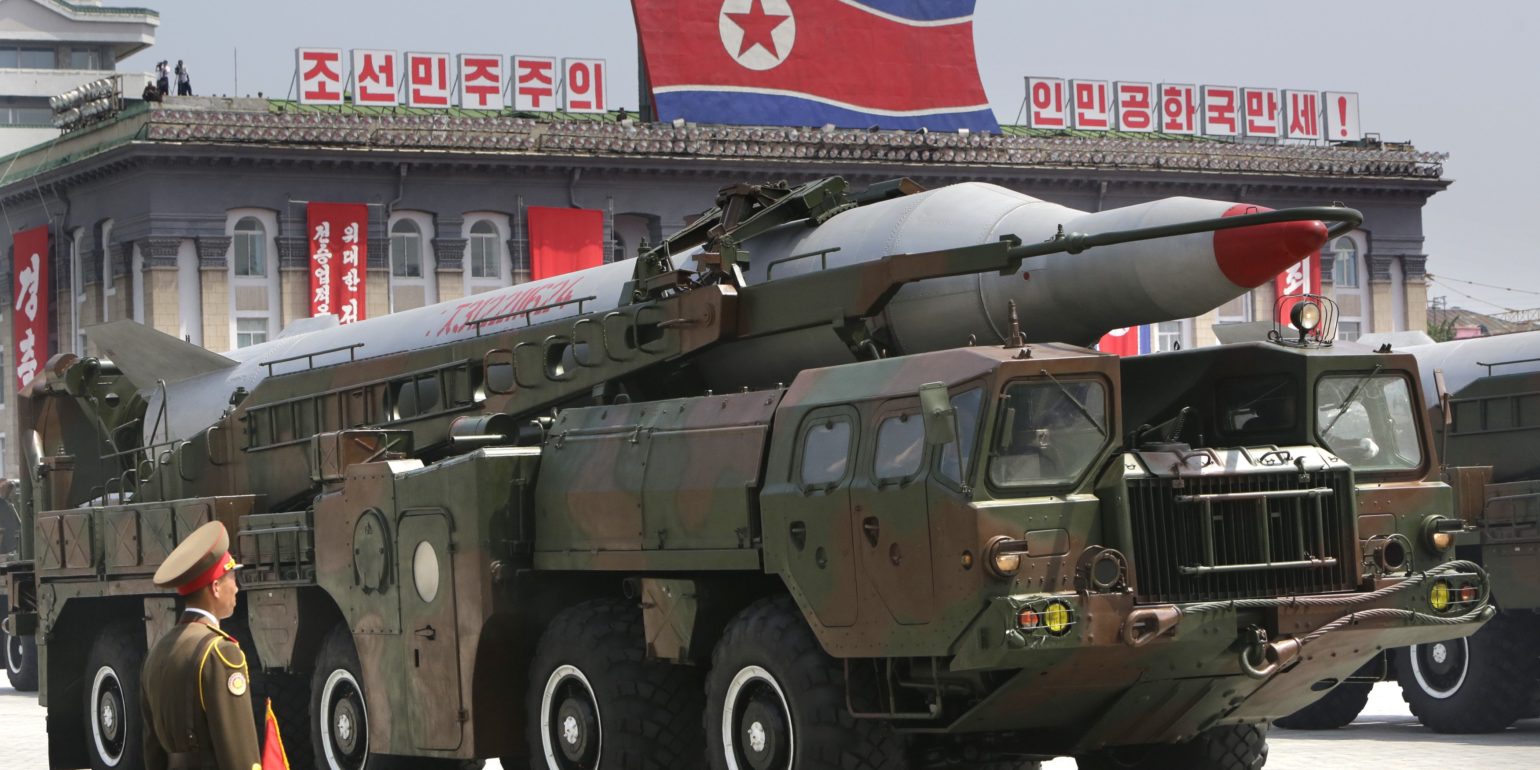 The Musudan is a North Korean road-mobile Intermediate-Range Ballistic Missile (IRBM) that began development in the early 1990s, deriving its design from the Russian R-27/SS-N-6 submarine-launched ballistic missile. [1][2] The one- to two-stage North Korean IRBM uses liquid propellant, has a payload capacity of around 1,200 kg, uses inertial guidance, and—although it has not undergone a successful flight test—has a speculated range of between 2,500 and 4,000 km. [3] In 2009, reports state that the Musudan was used as the second stage for the Unha-2 space launch vehicle (SLV) during an attempt to put a satellite into orbit, and, although the Unha failed to reach orbit, the second stage fired successfully. [5] North Korea attempted to test launch the Musudan on April 15, 2016, but the missile underwent catastrophic failure and exploded on the Launchpad. [4] A prototype of the Musudan was established in 2000, with deployment of the missile likely occurring sometime after the year 2003. [6]

The Musudan’s range means that it can strike targets anywhere in South Korea and Japan. The Musudan also has the range to hit the U.S. territory of Guam, which is around 3,500 km away. For that reason, the United States placed a THAAD battery at Guam in 2013 to protect U.S. civilians and military personnel stationed there.

It is speculated that the first two stages of North Korea’s newly unveiled ICBM, the KN-08, are designed from the rocket engines of the Musudan. While neither missile has been flight-tested, with the same engine design, a future successful test of one would validate the capability of the other.