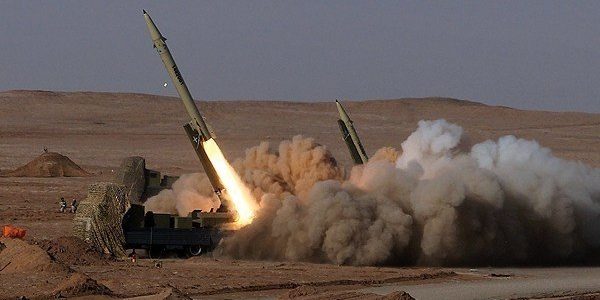 The Fateh-313 is an Iranian-designed, short-range, surface-to-surface ballistic missile. It is a development of the Fateh-110 series, but features an improved guidance system with the ability to strike targets with pinpoint accuracy within 500 km. 1 However, the accuracy of the Fateh-313 may come at the expense of payload size, as some experts believe the smaller nose section indicates it would carry a payload of less than 500 kg. [2]

The Fateh-313 has the capability and range to hit targets in neighboring Arab Gulf states. The Fateh-313 is solid fueled which makes it easy to transport and increases the possibility of Iran transferring it to Iranian-backed groups such as Hezbollah or Bashar al-Assad in Syria. In 2012, Iran transferred Fateh-110 series missiles to Syria and they were subsequently used against Syrian rebels. 3 The Fateh-313 also features a quicker launch capability and longer lifespan than earlier models. [4] Iran mass produces and stockpiles the Fateh-313, increasing the size and scope of its ballistic missile arsenal, which is already the largest in the Middle East. [5]