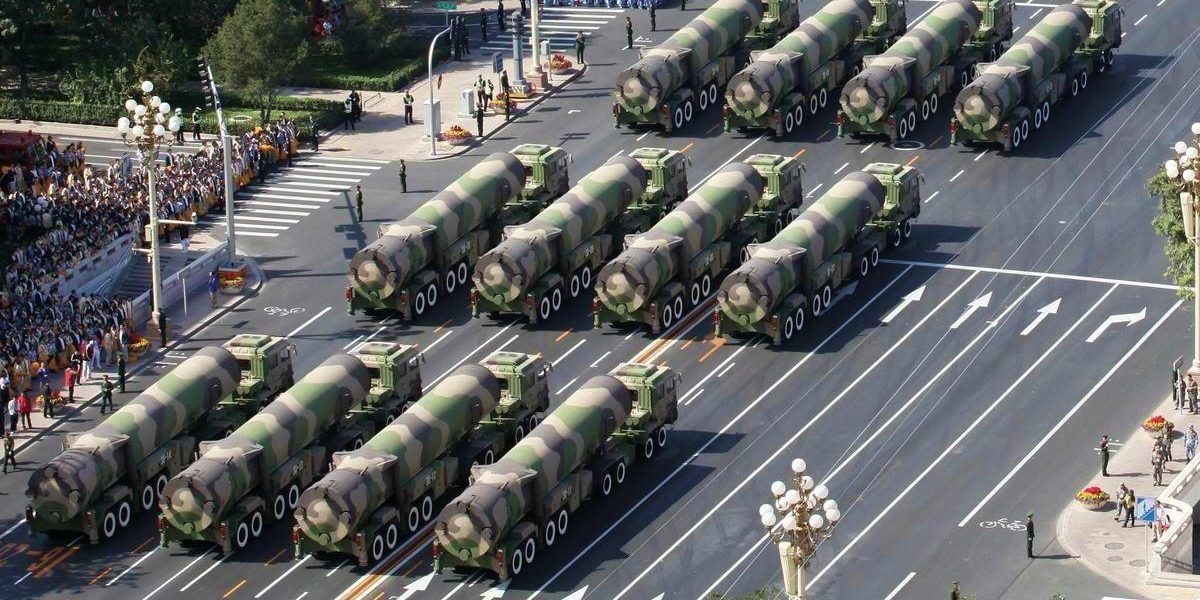 The DF-31 is a three-stage, solid-fueled, intercontinental ballistic missile that can be fitted with either a single 1mt warhead or up to three to four MIRV units. Its range can reach up to 8,000km which will empower China with a longer-range striking capability.[i] With a payload of up to 1,750kg, a single nuclear warhead has a potential yield of 1mt whereas the MIRV units’ yields vary from 20, 90, or 150kt. The road-mobile DF-31 has an accuracy of 300m CEP however a silo-launched missile would have an approximate accuracy of 150m CEP.[ii] The DF-31 was deemed operational in 2000 however its modernized variant, the DF-31A, was introduced and adopted in 2007.[iii] As of 2020, the PLARF maintains at least one brigade equipped with six DF-31 launchers, located in Shaanxi Province.

The DF-31A (CSS-10 Mod 2) is an improved variant of the DF-31 which greatly increased both the range and accuracy of the ICBM. Like the DF-31, it is a solid-fueled, three-stage, missile that is capable of both TEL and silo-based deployment.[iv] With a projected range greater than 11,000km, the DF-31A has the potential to strike all areas of the U.S., Europe, and Russia.[v] The missile, unlike the DF-31, conceals its warhead beneath a shroud, and reportedly employs penetration aids, including at least eight decoy warheads. It was first tested in 1999, and as of 2020, at least three DF-31A-equipped brigades are in existence, totaling 36 launchers, located in Qinghai, Yunnan, and Henan Provinces.

The DF-31AG (oftentimes misnamed the DF-31B) is a variant of the DF-31A with an upgraded launcher and lower support requirements. Its wheeled TEL can traverse unpaved terrain, allowing for better dispersal and making it harder to destroy. Lower support requirements also means increased readiness. As of 2020, three DF-31AG brigades are known to exist, totaling 36 launchers, in Lanzhou, Hunan, and Henan Provinces.

A newer variant of the DF-31 missile, the DF-31B, according to the U.S. DoD’s 2022 Report on Military and Security Developments Involving the People’s Republic of China, is suspected to be in development.

The Dong-Feng 31 significantly narrows the divide between U.S., Russian, and Chinese, ballistic missile technologies. Its MIRV capabilities can offer a counter to Western ballistic missile defenses in the United States as well as other adversarial states to China.[vii] The DF-31 will increase the chances of missile survival as well as the difficulty of removing China as a global threat. This technology also advances China as an international power which provides Beijing with strategic leverage over less developed nations in the region. The ramifications of the DF-31 become even more apparent when partnered with its sea-based variant, the JL-2.[vii]