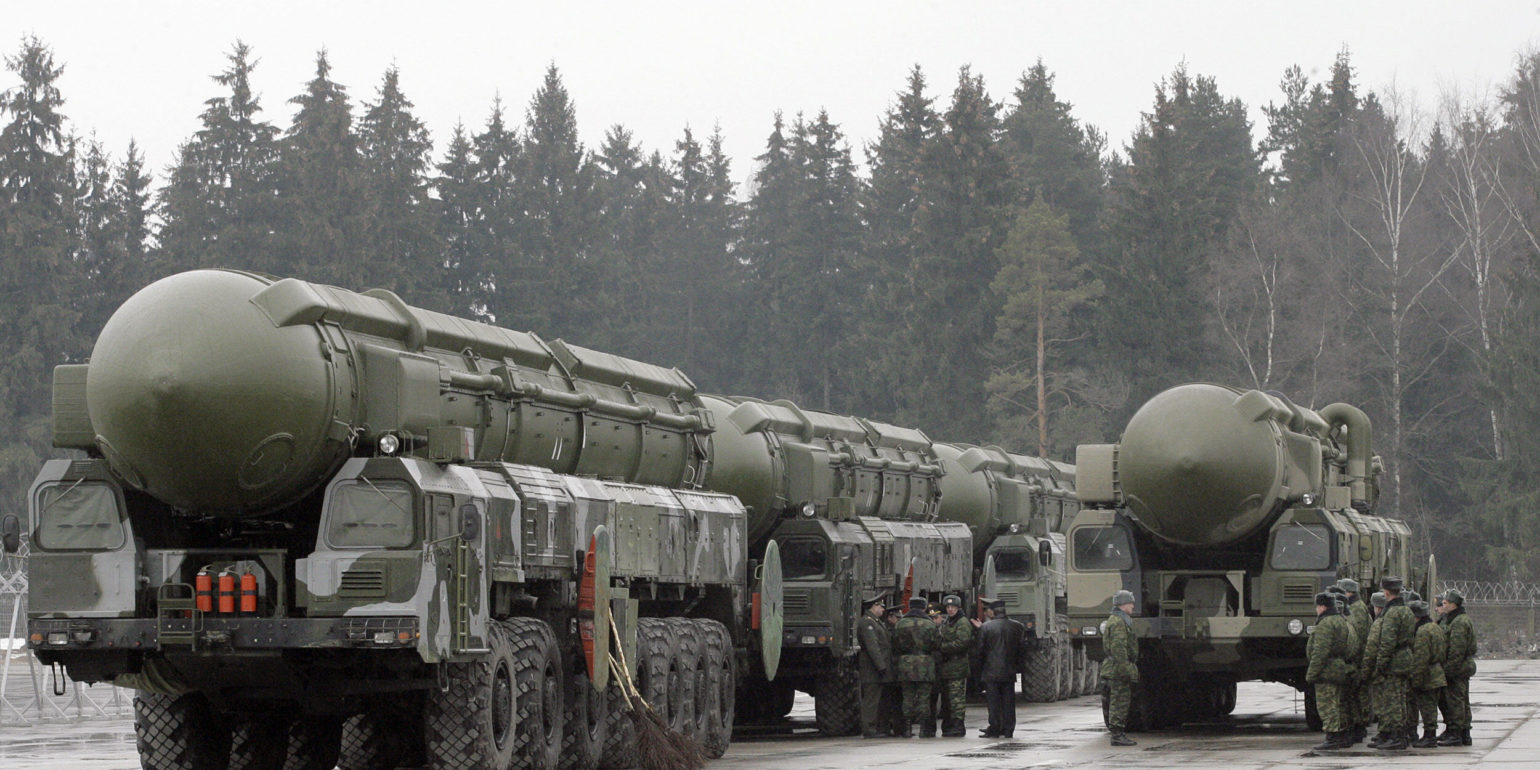 As the heir to the Soviet nuclear arsenal, Russia deploys the largest and most diverse nuclear missile force in the world. Reports indicate that Russia plans to spend 25% of its $560 billion budget for military modernization on upgrading its aging nuclear forces. [1] This process is part of a long-planned process of retirements and replacements for Soviet-era weapons. [2] While the size of the Russian arsenal will likely decline in the long-term, because the rate that older missiles are being withdrawn from the force has slowed from 50 missiles per year before the New START Treaty to about 22 missiles per year after New START, Russia has actually increased the size of its arsenal since signing the arms control treaty. [3]

The Russian nuclear arsenal plays a large role in Moscow’s security strategy, with Russian President Vladimir Putin declaring on December 19, 2014, that the Russian nuclear arsenal would receive 50 new ICBMs in 2015 and Chief of the General Staff, Gen. Valery Gerasimov stating that, “The strengthening of Russia’s nuclear triad will be the top priority for the Russian Armed Forces next year.” [5] According to Pavel Podvig’s estimates, in January of 2017 Russia was estimated to have 528 strategic launchers with about 1800 nuclear warheads, with the ICBM force-carrying 958 warheads on 286 operational missiles of six types, 176 SLBM’s carrying 752 warheads, and 66 bombers that have about 200 weapons assigned to them. [6]

Russia also deploys a large arsenal of non-strategic or tactical nuclear weapons, which can be delivered by its arsenal of short-range missiles. These missiles carry the potential to be deployed in forward locations, such as Kaliningrad, to attack NATO forces. [7] A new medium-range ground-launched cruise missile version of the Iskander series called the Iskander-K has raised recent questions about Russian compliance with the Intermediate-Range Nuclear Forces (INF) Treaty, including the State Department issuing a declaration of noncompliance in 2014. [8]

Moscow’s missiles have also proliferated around the globe. Worldwide missile arsenals share a lineage with many Russian systems including the Scud missile, which has been copied and sold around the world since the 1960’s. [9] Recently Russian missile designs have played prominent roles in the Ukrainian and Syrian conflicts. [10][11]

The Scud and Its Historical Impact

Russia’s Scud-class ballistic missiles have long since been decommissioned by the Russian military, yet, the missile has spread to dozens of countries around the world. Some countries even began manufacturing their own version of the Russian Scud. Often being reverse engineered, the Scud’s design served as the technical foundation for the missile programs of numerous countries around the world; countries that were often U.S. adversaries. Indeed, the Russian Scud missile served as the technical scaffolding for the ballistic missile programs of Iran and North Korea. The Scud was exported in great numbers by the Soviet Union during the Cold War, however, the Scud’s proliferation was later compounded when North Korea exported the Scud design and components to countries such as Egypt, Iraq, and Yemen. Below is a table representing just some of the countries to receive the Russia-made Scud missile.

Russia’s UAV and UAS capabilities play into its military calculus. In Russia’s invasion of Ukraine and its ongoing involvement in Syria, UAVs have played a significant role. Amidst the Russian-Ukrainian War, a Tupolev TU-141 Strizh—a retired Soviet-era drone—crossed through Hungary and Croatia’s borders. As the war intensified, the United States provided Ukraine with High Mobility Artillery Rocket Systems (HIMARS), which it used to weaken Russia’s military capabilities. In an effort to destroy the HIMARS, Russia has been using ZALA Lancets to perform kamikaze missions against the Ukrainian systems. Russia’s drone capabilities are real and mobilized; the challenge is for the U.S. and its allies to match and respond to this capability.

Here is an expert presentation of the history of Russian missile defense conducted at Johns Hopkins University.