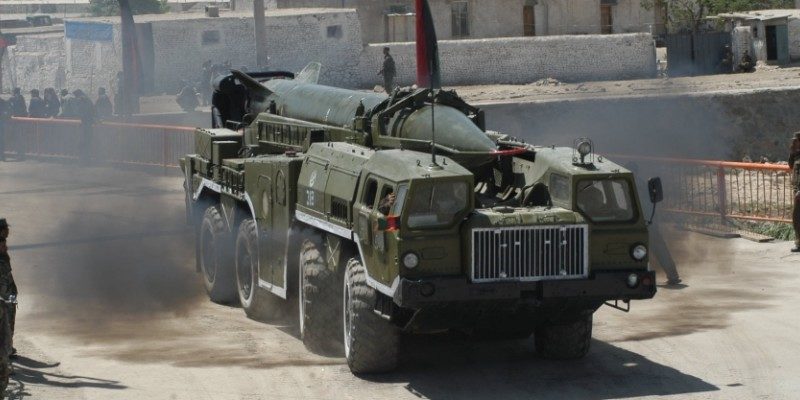 Iran’s Shahab-1 is a short-range ballistic missile derived from the Scud-B. The Shahab-1 has a maximum range of 300km (185 miles), making it capable of striking several urban areas and military sites near Iran’s borders. [1] The Shahab-1 is liquid fueled, and can typically carry a nuclear or conventional high explosive warhead with a payload of around 1000kg. [2] As a road mobile system, the Shahab-1 can be launched from any location on relatively short notice. Iran first acquired the Scud-B derived missile from Libya and Syria during the Iran-Iraq war and then from North Korea during the later phase of the war and began calling the missile Shahab-1. [3] With help from North Korea, Iran acquired the ability to produce the Shahab-1 domestically.

Currently, the Shahab-1 poses a limited strategic threat to the Middle East given its short range of 300km. However, the Shahab-1 has the ability to hold cities and military installations near its borders at risk. For example, U.S. military installations in Bahrain are well within Shahab-1’s strike radius. Additionally, the cities of Dubai, Abu Dhabi, Kuwait City, Baghdad, as well as Turkey’s southeastern region are within its range. Iran has, for example, threatened to target NATO’s Patriot missile defense batteries in southern Turkey in the event Iran came under attack. Furthermore, Shahab-1’s road mobility makes it easy to conceal and therefore more resilient to a pre-emptive strike. Iran used Shahab-1 extensively throughout the Iran-Iraq War and afterwards. In 2001, Iran fired between 40-77 Shahab-1 missiles into Iraq. [4]