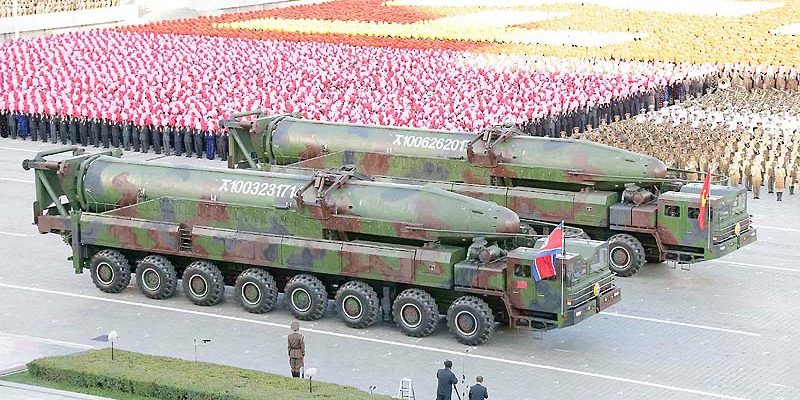 The North Korean regime revealed the KN-14 on October 10,2015.[ii] Although initially thought to be the KN-08, it was soon realized that the KN-14 is slightly shorter, with a blunt and rounded nose cone compared to the KN-08. Currently, the U.S. is unsure whether the KN-14 is a two or three stage ICBM, however the former is considered a higher possibility as of now. The KN-14 appears to be developed from the Soviet-era R-27/SS-N-6 missiles.[iii]  According to sources, “This seemed to be confirmed during the liquid-fueled engine test on April 9, 2016… While there is no video footage, images released of the test appear to show a pair of clustered 4D10 engines, which are used on the R-27… The images display the engines, embedded within a fuel tank fitted for an ICBM, spitting out bright orange exhaust, which is indicative of a highly efficient fuel called unsymmetrical dimethyl hydrazine (UDMH). The use of such fuel could increase KN-14’s range.”[iv]

The development of the KN-14 further demonstrates the North Korean regime’s inherent resolve towards proliferating a fully capable ICBM. As, well the potential range of the KN-14 would place the much of the U.S. mainland, as well as Hawaii and Alaska within range. In addition, the KN-14 may potentially be capable of delivering up a 700kg payload, more than the KN-20, which has had two recent successful tests. This means that the KN-14 could carry more ordinance at the United States.  Actions such as these, along with the regimes disregard for international order places great risk for the United States.