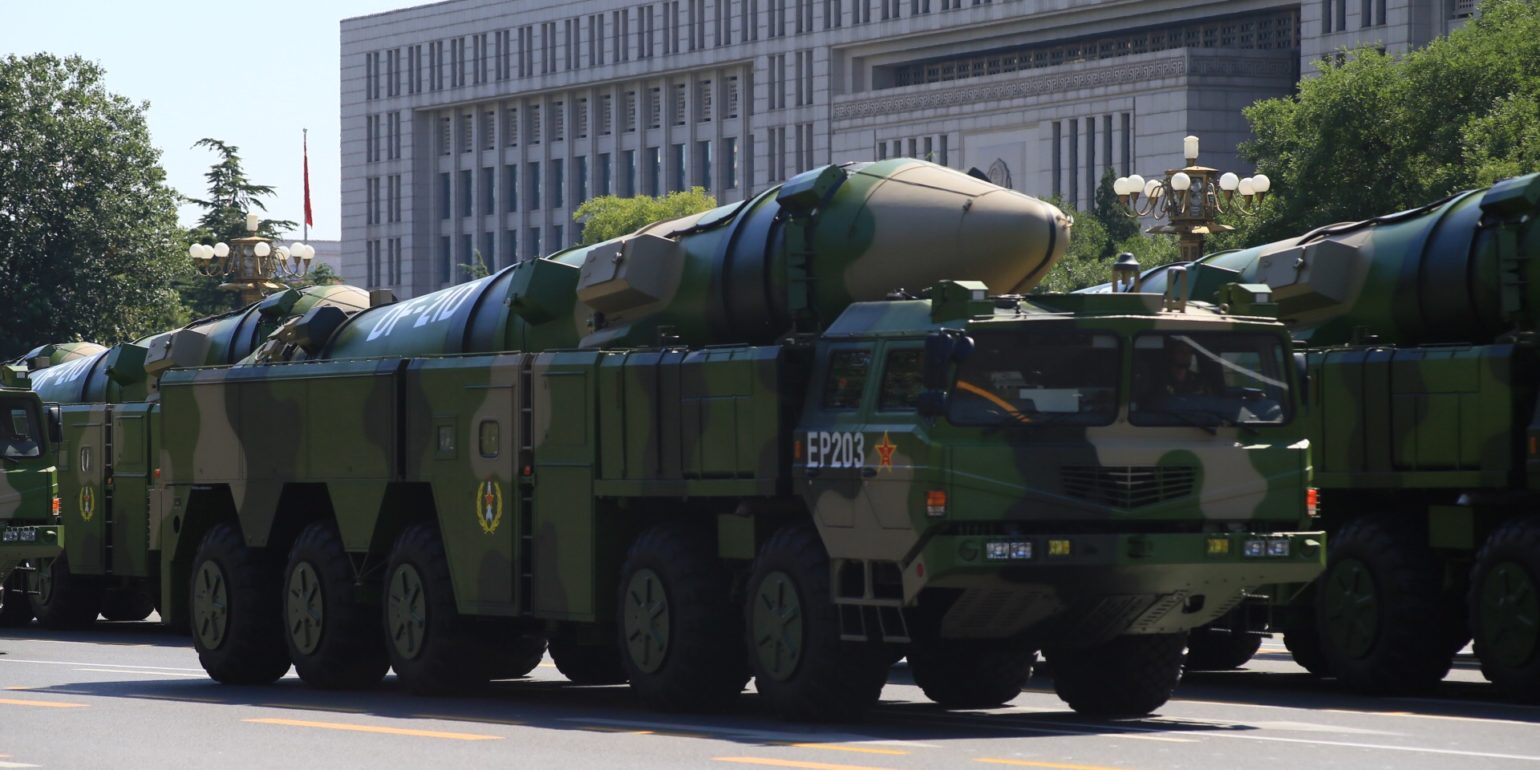 The Dong Feng 21D, or DF-21D, is a medium ranged, road mobile, ballistic missile developed by the People’s Republic of China. A variant of the DF-21A, the DF-21D was deemed operational in 2012 and is the world’s first anti-ship ballistic missile (ASBM) intended to attack ships at sea.[i] Reaching speeds up to Mach 10 during the terminal phase, the DF-21D is the fastest MRBM to date and can surpass existing U.S. missile defense systems such as the sea-based AEGIS ballistic missile defense (BMD) system.[ii] In 2013, the DF-21D was tested against targets equivalent to U.S. surface ships which proved to be successful.[iii] By using both inertial and radar guidance systems, the ASBM increases speed upon reentering Earth’s atmosphere to avoid missile defense structures and ensure a direct hit on moving sea-based targets.[iv] A variant of the DF-21D is currently in production with intentions of increasing its range and payload.

Until the United States deploys adequate capabilities to defend against the DF-21D, U.S. aircraft carrier strike groups operating within the missile’s range will remain vulnerable.[v] With that in mind, the DF-21D is critical to China’s anti-access/area denial (A2/AD) strategy in the Asia-Pacific region, which aims to limit U.S. freedom of movement by exploiting U.S. operational vulnerabilities. Using long-range precision-guided ballistic missiles such as the DF-21D, China puts all U.S. forces operating in the Asia-Pacific at risk, undercutting U.S. power projection in the region.[vi] In addition, the long-range standoff capability of the DF-21D grants China more operation flexibility in the field while minimizing the chance of a surprise attack.[vii] Consequently, this provides China with a significant operational advantage in the region.[viii]