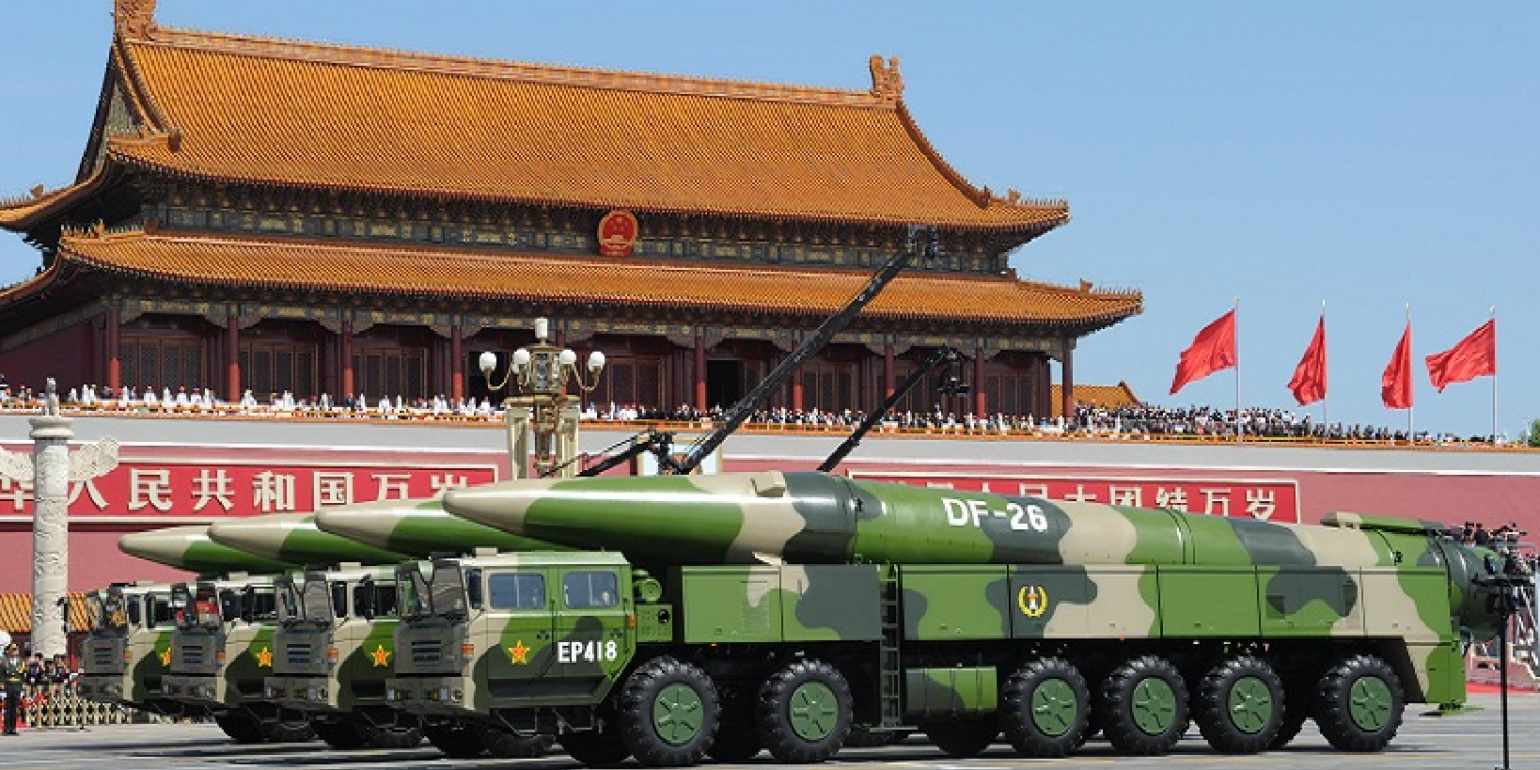 The DF-26 is a solid-fueled intermediate range ballistic missile (IRBM) with a range of 3,000-4,000km. [1] It is road-mobile, consists of two stages, and is designed for surface-to-surface operations. However, the missile reportedly has capabilities as an anti-ship ballistic missile (ASBM) as well, targeting medium and large surface ships including aircraft carriers. China officially unveiled the DF-26 in 2015 during its V-Day parade, and has been in operation since 2016.

The DF-26 is the first conventionally-armed IRBM capable of reaching the U.S. territory of Guam which houses Anderson AFB. Indeed, U.S. analysts have dubbed the missile the “Guam-Killer.” This capability could prove critical in a regional conflict because China could effectively strike the U.S. base with conventional warheads, without escalating to the use of nuclear weapons. The ASBM capabilities of the DF-26 would also put U.S. aircraft carriers in the region at risk.