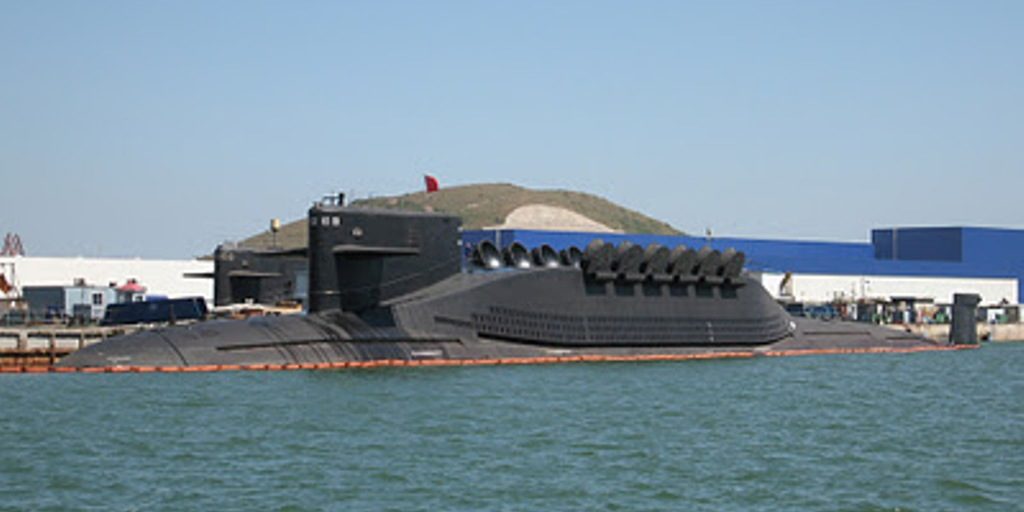 The JL-2 is an intercontinental-range, three-stage submarine-launched ballistic missile (SLBM) and is a variant of China’s DF-31 ICBM. The JL-2 has a range of 8,000-9,000km and is equipped with either a single MT nuclear warhead or three to eight smaller MIRV’d warheads. [1] The JL-2 uses both inertial guidance and GPS systems and may also carry penetration aids and decoys. China deploys its JL-2 missiles on its Type 094/ Jin-class ballistic missile submarines that carry up to 12 JL-2 SLBMs. [2] There are four Jin-class submarines currently in service and up to eight may be deployed by 2020. [3]

The Jin-class submarine is seen as China’s first chance at a credible sea-based nuclear deterrent and China’s Jin submarines may be almost ready to, or in the process of, conducting deterrence and combat patrols in the Pacific. [4] However, questions remain whether the PLAN has overcome past problems, including noise issues and establishing a continuous command and control structure for submarines at sea. [5]

In the past, China has had difficulty establishing a secure and reliable communications network with its deployed submarines. [7] A command and control network is essential for Chinese leaders to communicate with their deployed submarines in order to issue orders and exercise control of the nuclear weapons onboard. Communication becomes particularly important in times of crisis, when loss of contact with deployed forces could cause leaders to believe a submarine has been lost to the enemy. If communications are not considered reliable, leaders may pre-delegate launch authority to submarine commanders, increasing the probability of an accidental nuclear missile launch.