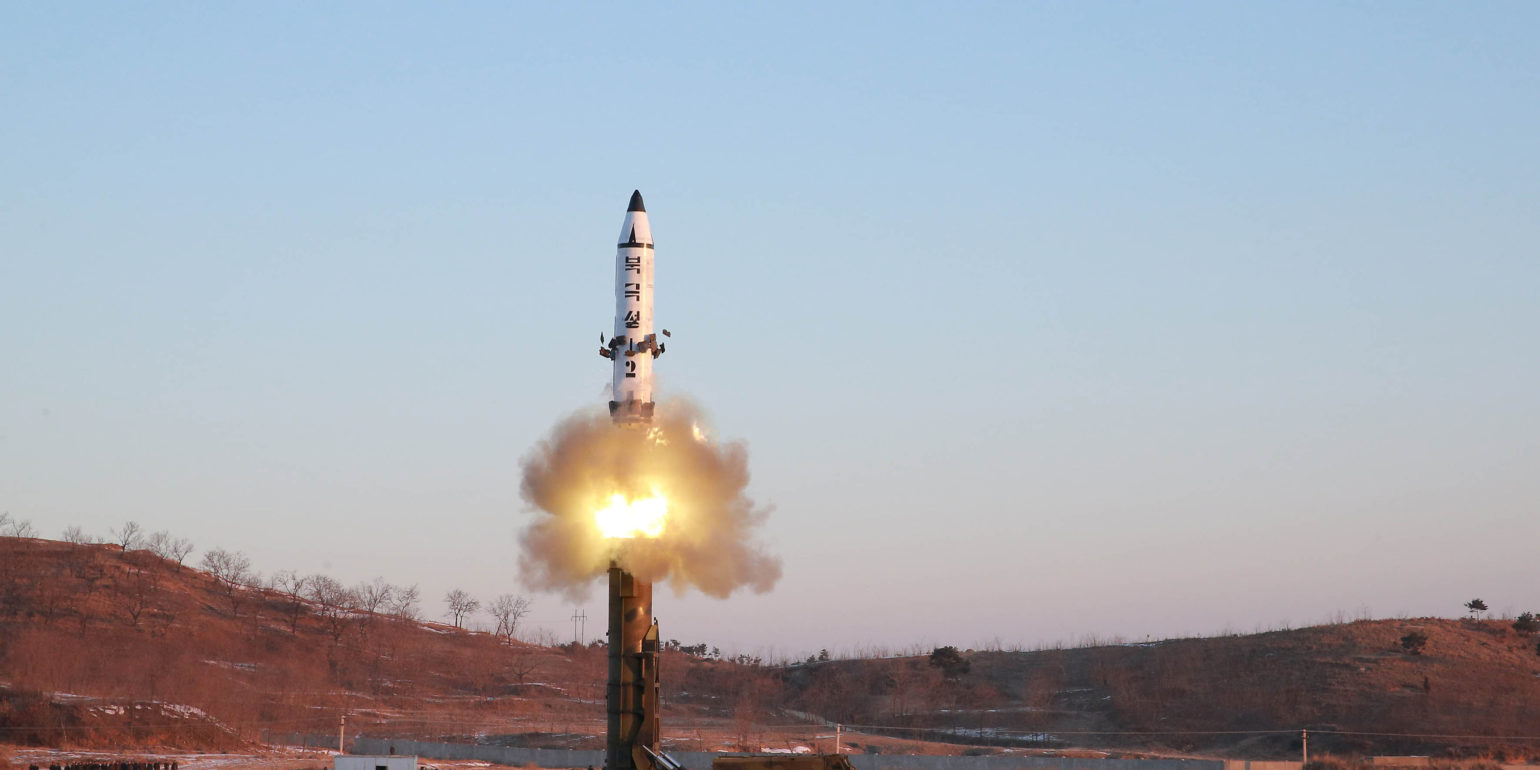 A modification of the KN-11 submarine-launched ballistic missile (SLBM),[ii] also known as the Pukguksong-1 (Polaris-1), the Polaris-2 is a road-mobile, solid-fuel, medium- or intermediate-range ballistic missile (M/IRBM) first tested by the Democratic People’s Republic of Korea (DPRK) on February 12, 2017. It was again tested on May 21, 2017. Cold-launched from a tracked Transporter Erector Launcher (TEL), the Polaris-2 can be launched from various terrain in as little as five minutes and has an estimated range of 1,200km.[iii]  While the Polaris-2 is deemed nuclear-capable,[iv] the missile’s potential yield is unknown. The approximate yield of the nuclear warhead tested by the DPRK in September 2016, which DPRK spokesmen asserted could be fixed to a ballistic missile, was 10kT.[v]

Click here to watch the first test launch of the Polaris-2 ballistic missile.

The Polaris-2 marks a significant advancement of the DPRK’s ballistic missile launch capabilities. As the DPRK’s longest-range solid fuel missile,[vi] the Polaris-2 could likely encroach upon Japan’s exclusive economic zone when fired at full range.[vii] Additionally, the tracked TEL from which the Polaris-2 is launched marks a technological milestone. Rather than being limited to the DPRK’s estimated 724km of paved roads, the tracks expand the Polaris-2’s mobility to more than 24,000km of unpaved roads, as well as off-road terrain.[viii] This mobility greatly enhances the concealability of the Polaris-2, and, in combination with its nuclear capability and extended range, demonstrates an ever more lethal ballistic missile program.