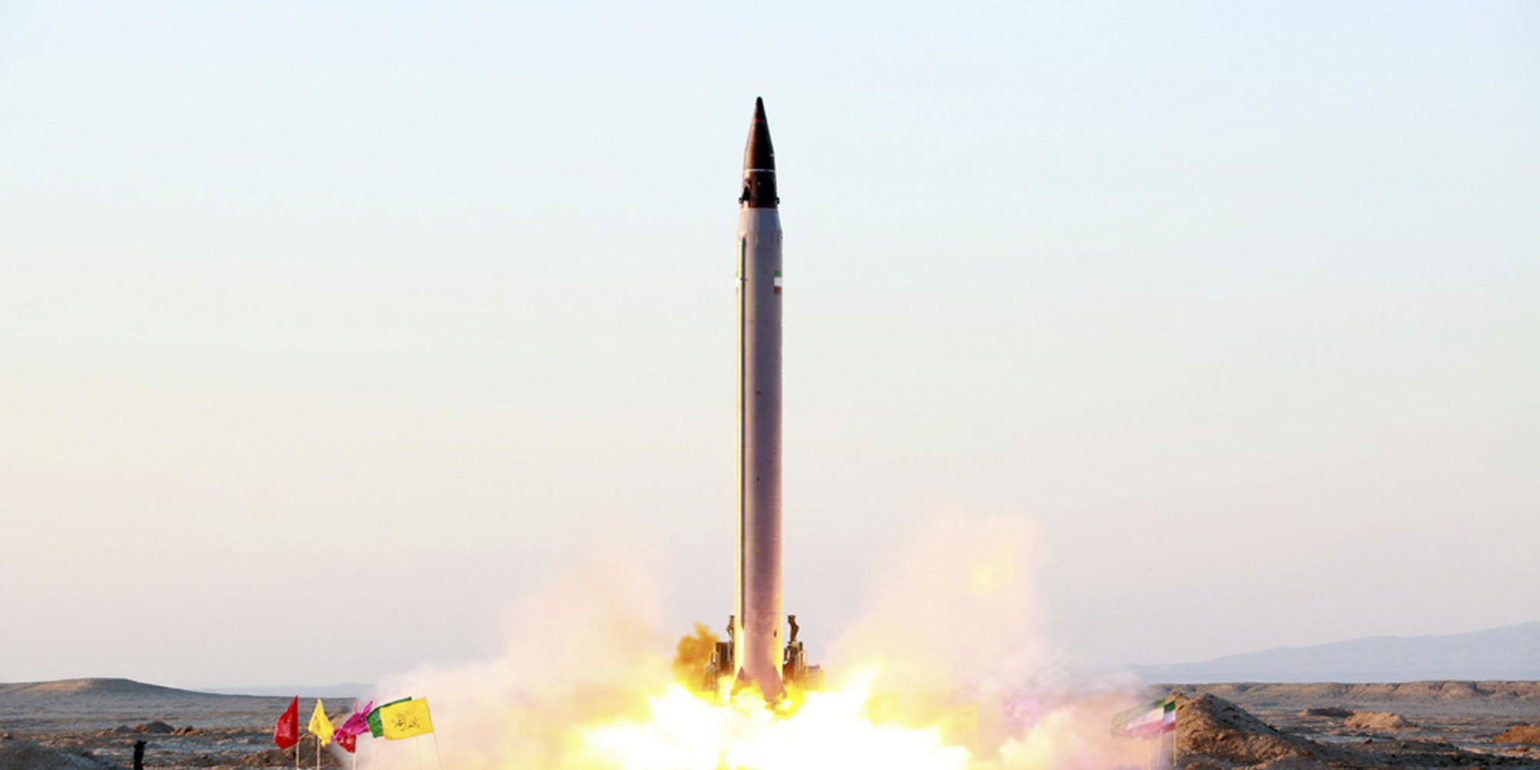 What is a ballistic missile?

Once its fuel has been consumed, the ballistic missile follows an elliptical orbit around the center of the Earth, defined strictly by the combination of velocity/flight angle at burnout and the Earth’s gravity. Ballistic missiles can be solid or liquid propelled. Liquid propellants are relatively cheaper, but they are less stable (and so more difficult to store) and more toxic. Solid propellants are more expensive, but more easily maintainable and more stable. Hybrid fuels are under development combining benefits of solid- and liquid-propelled ballistic missiles.

By careful control and maneuvering of the missile during its powered flight, the payload can be very accurately delivered to the desired target point. 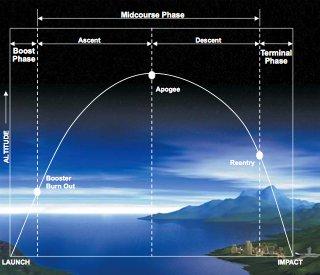 Operational ballistic missiles are deployed in silos, on submarines, surface ships, road- and rail-mobile launchers and aircraft. Mobile missiles are favored by many nations because they can be hidden, which greatly increases their survivability. They are also very mobile and relatively difficult to defend against.

Longer-range ballistic missiles can carry Multiple Independent Reentry Vehicle (MIRVs) warhead, which hold up to 10 reentry vehicles. Reentry vehicles reenter the Earth’s atmosphere at very high velocities, on the order of 6-8 kilometers per second. Such a warhead is more difficult to intercept since we have 10 targets instead of one. Some countries also develop maneuverable reentry vehicles that could avoid defense and/or increase accuracy. Those are referred to as maneuvering reentry vehicles and have independent maneuvering capability.

Ballistic missiles are composed of one or more stages. Multiple-stage missiles, which are configured so that each stage has its own independent propulsion system, are used for longer range missions. Intercontinental ballistic missiles (ICBMs) typically have two or three stages with powerful liquid-propellant engines or solid propellant motors that propel the payload toward the target, as well as a post-boost vehicle (PBV) with a much smaller propulsion system. The technology needed to separate each of the stages in high velocities and under difficult atmospheric conditions is relatively sophisticated and difficult. That is why there are only few countries with intercontinental-range ballistic missile technology (e.g. Russia, China, and India).

Ballistic Missiles are typically classified into the following categories:

All ballistic missiles are made up of three essential elements: a propulsion system, which provides the energy necessary to reach the target; a guidance system, which contains steering of the missile during powered flight and ensures the correct initial conditions for the ballistic trajectory; and the payload, which destroys the target.

Rocket propulsion involves combining fuel and an oxidizer in a combustion chamber, in which chemical reactions produce a high-pressure, high temperature gas. Exhausting that gas produces thrust that propels the missile.

The accuracy of a ballistic missile depends on its ability to achieve an exact velocity and location in space at the end of its powered flight. Ensuring that this velocity and location are precisely attained is the job of the guidance and control system. Throughout the powered phase of flight, the instruments in the inertial navigation system (INS) must continually sense all the components of the missile’s acceleration. The guidance computer uses these sensed accelerations to determine the missile’s “state” (velocity, location, and orientation) and sends corrective messages to the missile’s steering system to eliminate deviations from the required flight profile.

The accuracy of a missile is quantified with a measure called Circular Error Probable (CEP), which is defined as the radius of a circle that half of a large number identical missiles operating without malfunction would land within. CEP reflects the median rather than the mean, which means that it does not make any statements about how far outside the radius half of the missiles will land. Expected miss distance in practice is often elongated in the in the downrange direction, producing an elliptical rather than circular error pattern.