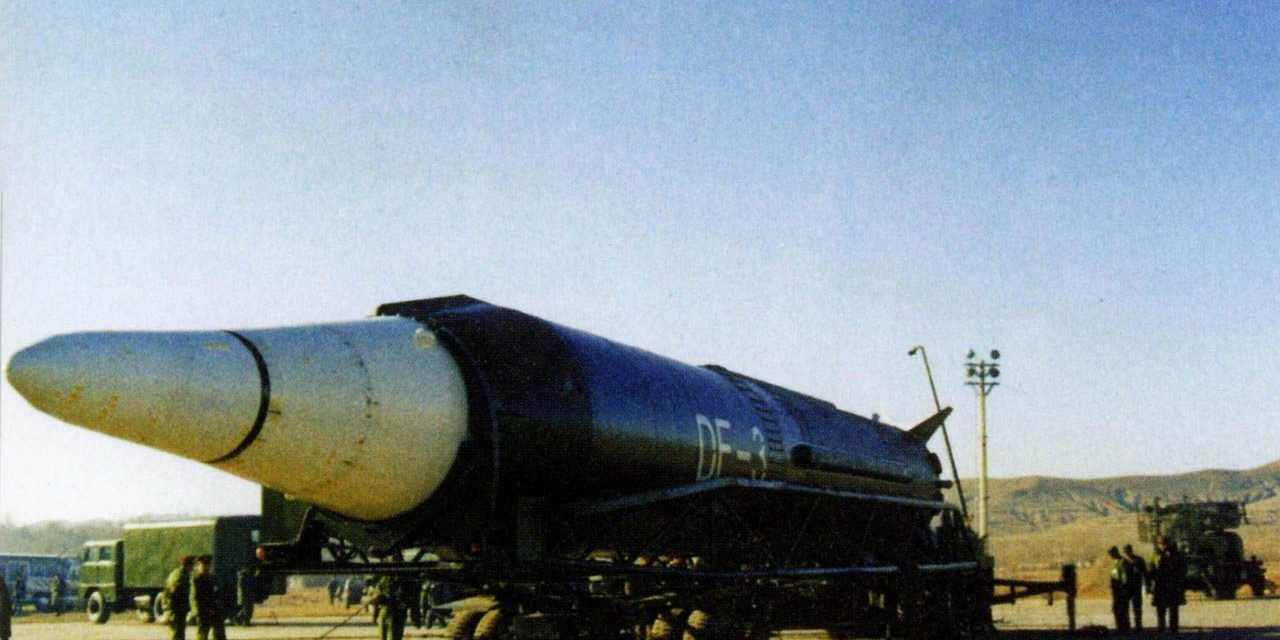 The Dong Feng 4 (DF-4) is a two-stage, inter-continental ballistic missile (ICBM) with a range of 4,500-7,000 km. [1] The DF-4 employs a DF-3 launcher with an added stage to help power the single 3 MT warhead to inter-continental ranges. Development of the DF-4 began in 1965 and China began testing in the early 1970s, reaching an initial operational capability (IOC) in the 1980. It is estimated however, that only four DF-4s were deployed by 1984. [2] The DF-4 was not heavily deployed and only about 30 missiles were ever constructed. [3] As of 2009, China still deploys about 20 DF-4 missiles as part of its nuclear arsenal, although these missiles are slowly being replaced by the DF-21 missile. [4]

The DF-4 is generally stored in tunnel facilities located in mountainous regions and rolled out prior to launch. The rollout-to-launch method affords China a number of advantages and helps maintain secrecy surrounding its nuclear and ballistic missile program. Storing ICBMs in underground or mountain facilities makes it more difficult for other countries to use satellites and/or surveillance/reconnaissance aircraft to assess the number of missiles stored at a particular site. It also creates uncertainty regarding the true purpose of an underground facility or causes the facility itself to be overlooked entirely.

The rollout-to-launch method China employs for the DF-4 can also leave the missile vulnerable before launch. Prior to launch, the DF-4 is moved out of the tunnel into the open area at the mouth of the tunnel and must be fueled before it can be fired. The fueling process takes about two hours, [5] during which time the missile is vulnerable and can be preemptively destroyed.

[4] Military Power of the People’s Republic of China 2009. Department of Defense. Available at: http://www.defense.gov/Portals/1/Documents/pubs/China_Military_Power_Report_2009.pdf.