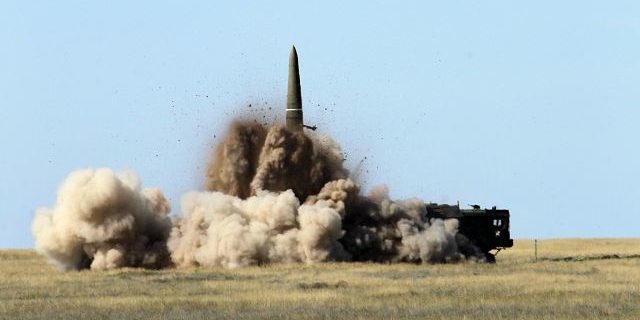 In addition to the Iskander-M, Russia also plans to produce an exportable version called the Iskander-E. It has a shorter range of 280 km to come in under MTCR (Missile Control Technology Regime) standards, but is accurate to a CEP of 30-70m and is equipped with an inertial guidance system to improve accuracy. [1] Supplies of the Iskander-E have been suspended as a result of the Kolomna Machine-Building design bureau reaching capacity, delaying the export of the missile until 2016. [2] Before that decision, Rosoboronexport official Nikolai Dimidyuk reported interest from Syria, the UAE, Malaysia, India, Algeria, Kuwait, Singapore, Vietnam and South Korea in purchasing the system. [3]