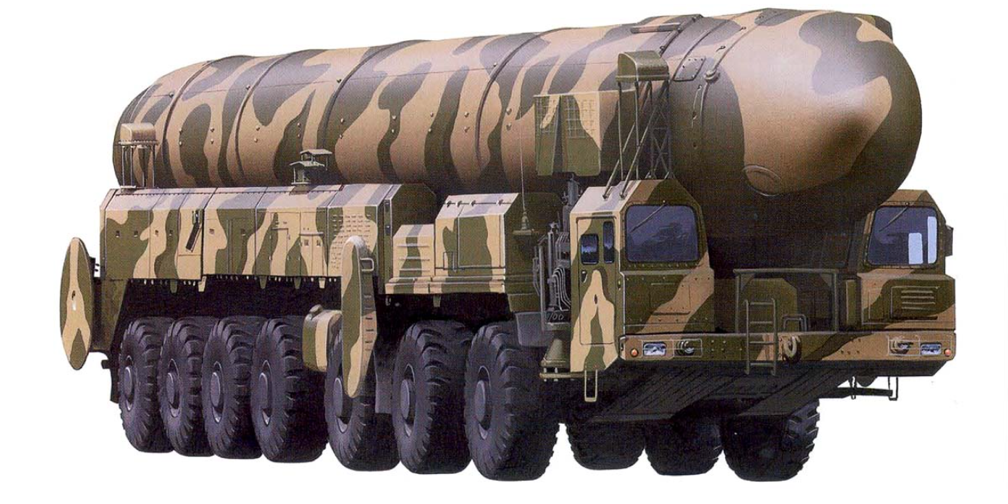 The RS-12M (Topol) is a Russian road mobile ICBM. Development of this weapon system was begun by the Moscow Institute of Thermal Technologies in 1977. Evolving from the RSD-10 intermediate range ballistic missile, this system is similar in size and shape to the United States’ LGM-30 Minuteman ICBM. The RS-12M was declared operational and deployed with the Russian Strategic Rocket Force in 1985. The three stage rocket has a range of approximately 11,000 kilometers and a maximum warhead weight of 1,000 kilograms. While the missile is MIRV-capable, and has been armed as such in the past, it is currently deployed with just a single warhead.  The RS-12M is also fitted with decoys and is considered to be capable of defeating missile defense systems.  [iii]

The late 1990s saw in excess of 350 RS-12Ms within the Russian Strategic Forces arsenal. As of January 2016, it is believed that only 72 of these missiles remain in service. The RS-12M has long exceeded its service life, and is expected to be fully replaced with the RS-12M2 (Topol-M) by 2020. [iv]