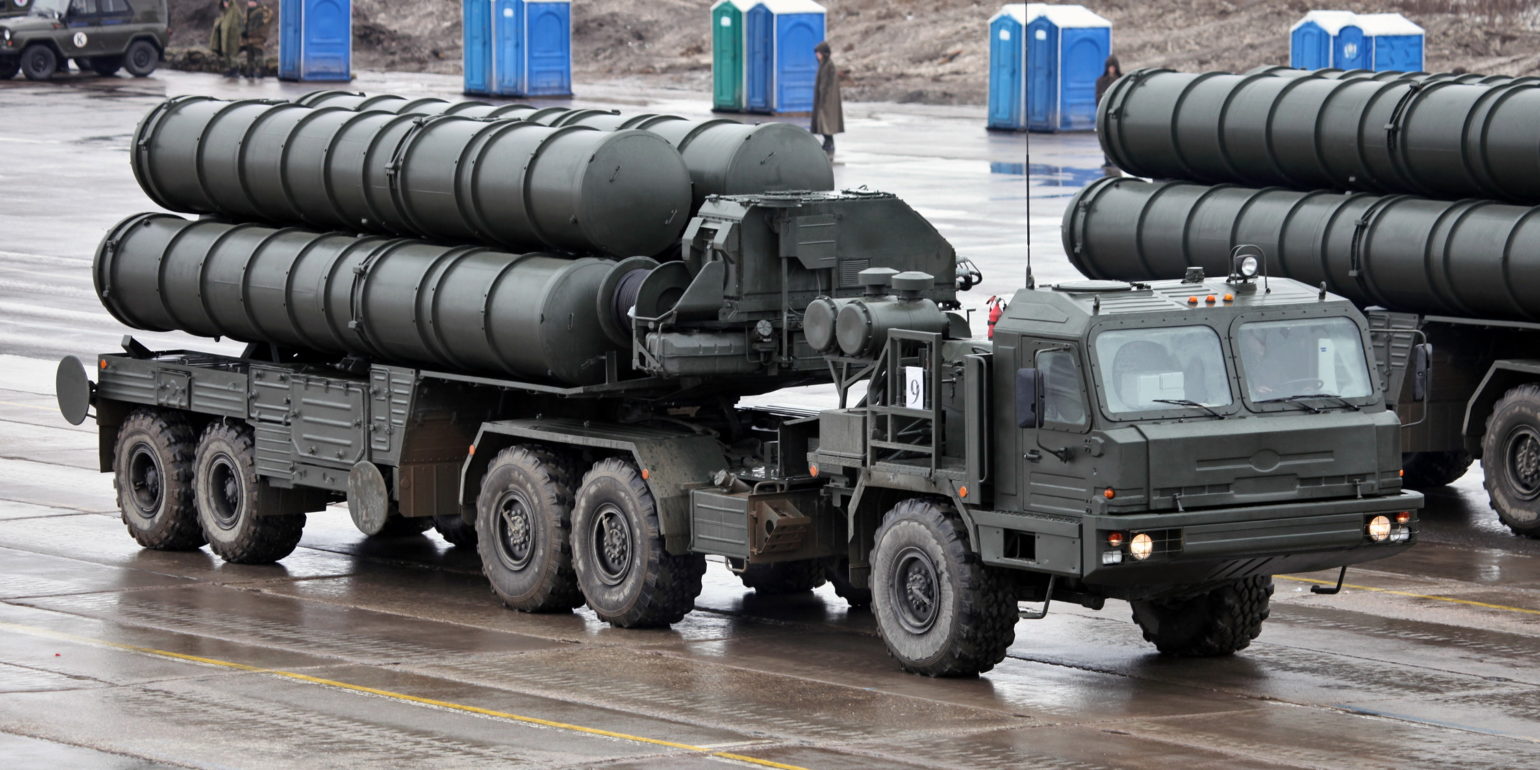 The 9M96E and 9M96E2 are believed to target medium-range ballistic missiles at a range of 60km, but also aircraft, cruise missiles, and drones. The 9M96E and 9M96E2 missiles are also smaller, allowing four to fit into one S-400 missile container. Therefore, one erector launcher vehicle for the S-400 system is capable of carrying 4-16 missiles depending on the missile variants fielded. A battalion of the S-400 includes a command-and-control vehicle, engagement and acquisition radar vehicles, and eight launch vehicles with a total of 32 – 128 missiles. The acquisition radar of theS-400 is a modified version of the same Big Bird radar used by the S-300 system, but has a detection range of 600 km. The S-400 system is believed to be able to and engage up 36 targets simultaneously.[3]