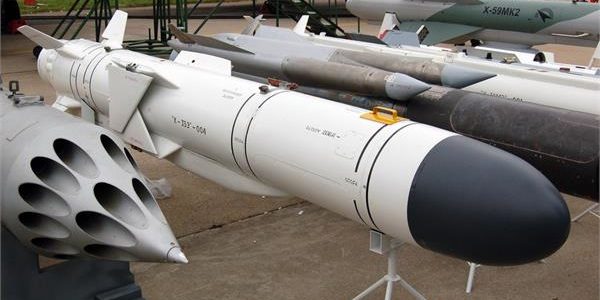 The YJ-18 is a vertically-launched, anti-ship cruise missile (ASCM) that can travel at supersonic speeds of up to Mach 3 and has a range of 540km. [1] The YJ-18 carries up to a 300 kg high explosive (HE) warhead that can take out a destroyer-sized ship and severely damage a carrier-sized vessel. The PLA Navy deploys the YJ-18 on its Luyang III DDG and Type 055 CG surface combatant ships and Song-, Yuan-, and Shang-class attack submarines. [2] Although China currently has only one Luyang III destroyer with a vertical-launch system capable of firing the YJ-18, it plans to have ten more ships operational by 2017. [3]

The YJ-18’s ability to accelerate to supersonic speeds close to its target makes it difficult for ships to destroy the incoming missile with on-board guns. This ASCM also increases the stand-off distance for Chinese vessels and contributes to their anti-access area denial (A2/AD) capabilities. China’s A2/AD capabilities could prove critical during a conflict in the western Pacific and adds to its growing arsenal of anti-ship cruise and ballistic missiles.