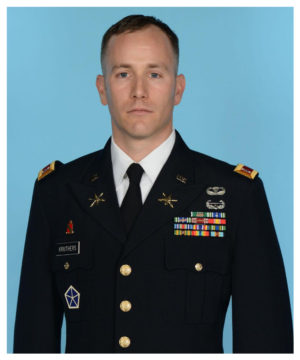 He exceeded expectations during “Juniper Cobra.” He was hand selected by BN leadership to serve as Convoy Commander of the longest convoy within the BN in support of “Minden Shock.” He was the Honor Graduate of his Patriot Top Gun Course and Distinguished Honor Graduate of WOAC. He is also a graduate of the ADAFCO Course. In 2016, CW2 Kruthers was assigned to 10th AAMDC and was selected by COL Eickhoff to lead existing defense designs updates while simultaneously initiating development of defense designs for previously non-existent OPLANS.