2015 European Missile Defender of the Year

The Missile Defense Advocacy Alliance hosted the second annual European Missile Defender of the Year awards ceremony on Friday April 17, in Kaiserslautern, Germany.  The best missile defense operators from the Air Force, Army and Navy for the defense of NATO in 2015 came from Germany, Netherlands, Italy and the United States. We were privileged to have the first two women honored as recipients for this award, an officer from the U.S. Navy and an non-commissioned officer from the Netherlands Air Force. This was also the first time for Italy to win the award, receiving the NATO missile defender of the year. This award went to Turkey last year.

This awards ceremony comes at a symbolic time for the European missile defense team, coinciding with the anniversary of NATO’s founding in April 1949. The awards this year recognize the best in leadership and achievement for each of the six winners. They have led exceptional teams and reflect that excellence in providing readiness, deterrence and defense in a ever more complex and challenging theater of operations.

In the missile defense of Europe, NATO faces considerable challenges in three areas:

1. Russia, with its short-range ballistic missile threat to Eastern European NATO countries, including Poland, Romania and the Baltic states of Estonia, Latvia and Lithuania.

3.) Syria, with its short-range Scud ballistic missiles that threaten Turkey. As a NATO country, Turkey has invoked Article 5 of the NATO Charter for its defense against those Scud missile threats. The United States, Germany and Netherlands have had missile defense systems deployed  in Turkey since 2013.

MDAA was truly honored to present these six winners from four NATO countries that represent great teams that are up for those daunting challenges of defending Europe from ballistic missiles. 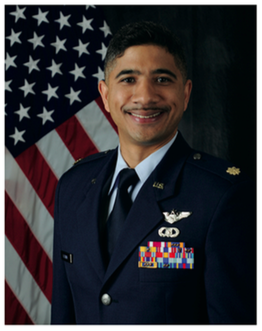 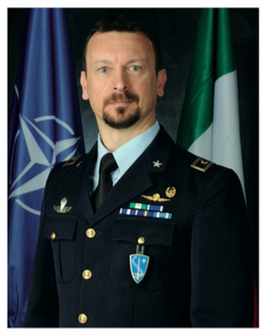 Lt Col Marco de Massari served with distinction as the Ballistic Missile Defense Planning Officer for Defence Designs and Pre-Planned Responses in the NATO BMD Operations Centre, NATO Allied Air Command Headquarters Ramstein Airbase, Germany. During his time there, Lieutenant Colonel de Massari provided unrivaled subject matter expertise and support to NATO’s Theatre Ballistic Missile Defence mission in support of Turkish Air Defence. Additionally, Lt Col de Massari spearheaded the planning effort within the BMD Operation Centre to update and refine all tactical data related to the development of the Strategic Deployment Options. Further, Lt Col de Massari served as AIRCOM’s lead planner for all BMD related exercises in 2014 with emphasis on the U.S. led NATO supported EAMDEX 14-1 and the NATO led Ramstein Alliance 14. His technical prowess was on display as he represented NATO Allied Air Command as the BMD subject matter expert during multiple workshops in support of further refinement of future BMD capability for NATO.   Lastly, Lt Col de Massari went above the call of duty and beyond the scope of his regular duties to fill countless watch officer shifts during a time of manpower shortages to further enable the BMDOC to successfully execute it’s mission. Lt Col Marco de Massari is widely known for his professional work ethic and his dedication to duty. 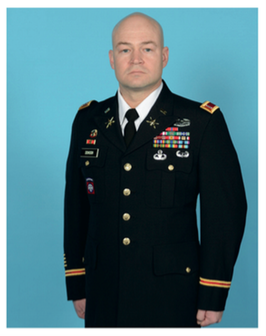 CW3 Wesley M. Dohogn currently serves as the Air Defense Systems Integrator for HHB, 10th AAMDC. He is a technical and tactical expert engaged in building partner nation capacity in an effort to promote strategic objectives of theater security cooperation with our Allies. CW3 Dohogn’s planning and coordination with the Czech Republic and Slovakia in developing the technical solution for Low-Level Application Program Interface (LLAPI) and Joint Range Extension Applications Protocol (JREAP) has paved the way for the Joint and Combined exercise Tobruk Legacy. As the lead planner for Tobruk Legacy he develops the Tactics, Techniques and Procedures for Command and Control and Passive Defense in a Combined network with the Czech Republic, Slovakia, Lithuania, and Hungary. This work on interoperability is enhancing the ballistic missile defense for Europe and enabling the defeat of emerging UAS and UAV threats to NATO. CW3 Dogohn is a true leader who has also served at the Joint Readiness Training Center responsible for coaching, teaching and mentoring Brigade Combat Teams in Air Defense and Airspace Management.  His leadership, experience and knowledge have made a positive and lasting impact on his Soldiers and our fellow European Missile Defenders in NATO. He truly embodies and deserves this award. 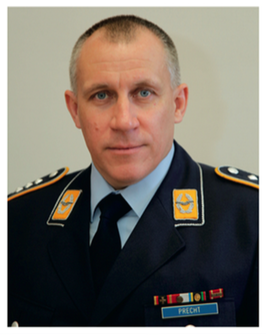 Captain Precht serves as Supervisor for Battle Management on SAMOC level and as S3 Plans Officer at the Headquarters of the Air Missile Defense Wing 1, German Air Force at Husum, Germany. Captain Precht demonstrates outstanding performance,  knowledge and encouragement in all of his duties. During the last year he has been a vital member of the 3rd and 5th German contingent of the NATO Operation Active Fence Turkey in January and from August until October 2014. His distinguished and extraordinary exceptional tactical expertise and brilliant knowledge in the field of missile defense, especially with the PATRIOT system, were essential to the enduring readiness and outstanding accomplishment of the ongoing operation in Kahramanmaras, Turkey. His distinctive dedication in conjunction with his excellent leadership ensured the weapons systems availability to the utmost extent for Germany’s contribution to the operation.  Captain Precht’s exceptional and extraordinary performance and incomparable impressive attitude, as a military leader is a bright and unprecedented example for encouragement and military professionalism. He combines professional leadership with great comradeship as the leader of his team. He was a key player for the outstanding operational readiness of Air Missile Defense Wing 1 and the German contingent during Operation Active Fence Turkey. 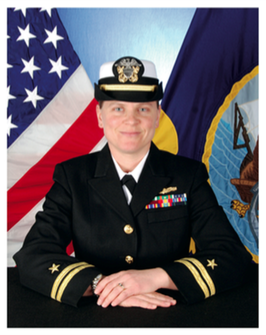 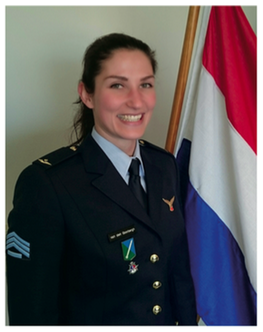 Sergeant Sabrina van den Goorbergh began her military career in 2008. After her initial training, she passed her NCO Patriot course in 2009. During her time with the Dutch patriot community, Sabrina has proven herself to be an extremely capable team member. As a sergeant, she is an example for her colleagues. She is hard working, full of initiative and never shy to give her opinion, whether she’s asked or not. During her years working with the Patriot weapon system, she has grown to be one of the veterans when it comes to knowledge about this weapon system. During the missile defense mission in Turkey, when the option was presented about which months to cover, Sabrina stepped forward on multiple occasions as a volunteer or to substitute for other colleagues. This resulted in her being deployed for a total of 13 months during the two year mission period of 1(NLD)BMDTF. Sabrina also proves herself when it comes to sports: she is well skilled in crossfit and beats several of her male colleagues when it comes to fitness. Sabrina is an example for all of her peer NCO’s having spent the most time in Turkey from among her team members where she performed in an excellent manner.

The presenters of these awards were: