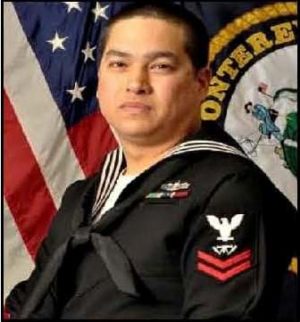 A team leader so endeared to his ship that the Captain relied on his expertise and leadership on the key component, as there was no room for failure on a complete, pure Aegis BMD mission to 27 ports that has now set the standards and operations procedures; a mission that took them into the Black Sea with the Turkish Navy that ported in the Ukraine, Romania, and Israel (among others); a mission that sold missile defense to our European Allies.

A native of Seoul, South Korea, Fire Controlman Second Class Petty Officer Mathieu D. McIntosh joined the Navy in 2005 and entered the Advanced Computer and Electronics Field.  After completing entry training, he attended Fire Control ‘A’ School and Spy-1B ‘C’ School, where he was an honor graduate in both courses.  From there he was assigned to the USS Monterey (CG61) in Norfolk, Va.  In the spring of 2007 Petty Officer McIntosh made Second Class his first time taking the test and quickly became the Senior SPY-1B technician and Work Center supervisor.

After finishing his second deployment on the Monterey in 2009, the ship underwent a Ballistic Missile Defense install.  With this upgrade, Petty Officer McIntosh extended his tour for two years.  During exercise Atlantic Trident 2011 the USS Monterey was the first ship to track a fired ballistic missile off the east coast and it was the first ship to deploy for Ballistic Missile Defense of Europe.  McIntosh now leads CF01 as MONTEREY executes Phase one of the President’s Phased Adaptive Approach for European Missile Defense.