2014 NORAD and NORTHCOM Missile Warning and Defender of the Year

On behalf of our mission and purpose, MDAA was honored to host our 2nd annual NORAD/NORTHCOM Missile Warning and Missile Defender of the year on Friday May 2nd, 2014 in Colorado Springs, where both of these commands are located at Peterson Air Force Base 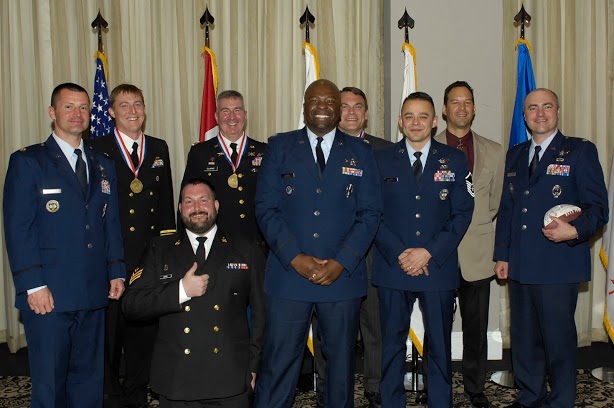 Identifying and defeating ballistic missile threats to North America, our homeland and our nations of nearly 350 million people is the most critical mission the Soldiers, Sailors and Airman deployed on our missile defense systems have around the world. We are coupled with our nation’s closest ally, Canada, in true partnership to defend our air space and to identify air and space breathing threats that would penetrate and intrude upon our borders. This relationship was forged 57 years ago with the founding of NORAD. It is as active and important today as it has been in all the years since its inception.

Once identified by NORAD, the mission to defeat ballistic missile threats to North America falls to United States Combatant Command of NORTHCOM to defeat that threat with the capabilities under his command. The NORTHCOM Combatant Commander, in conjunction with the Secretary of Defense, makes the decision to defeat an incoming missile or missiles and commands the missile defense systems out of the J-31 shop in NORTHCOM with their primary fire control system at Shriver Air Force Base in Colorado Springs to launch from either or both interceptor sites in California and Alaska. Assessment and continuing tracking for discrimination is controlled and fed into NORTHCOM at Peterson Air Force Base for further firing solutions if necessary.

The men and women, both civilian and military from NORTHCOM and NORAD that have this tremendous responsibility are unheralded and often go unnoticed by the American public.

We have recognized four of the very best from NORTHCOM and NORAD that have excelled in leadership within and for their teams and countries for this joint mission that in the final analysis has kept both of our nations safe and sound for the past year. As North Korea rattles its intentions and tests its KN-O8 engines to launch a long-range missile to prove that it can strike North America, our men and women in NORTHCOM and NORAD from Canada and the United States stand resolute in their confidence and skills to deter, protect and defend North America. As the Russia displays its strength and flexes its power reflecting years past of Soviet Cold War tactics against North America, these same men and women in NORTHCOM and NORAD stand resolute.

The winners of the USNORTHCOM Defender of the Year Award are: 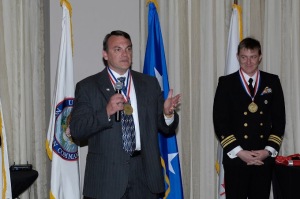 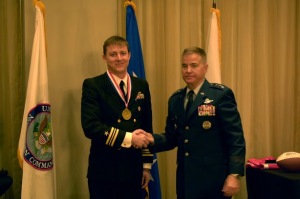 The winner of the NORAD Missile Warning Professional of the Year Award is: 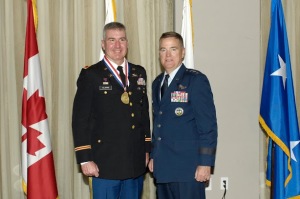 It is gratifying to see the U.S. President and Congress putting more emphasis and resources into the defense of our homelands by the upgrading and modernizing the interceptors in Alaska and California and putting a investment of close to a billion dollars on a new sensor radar that is going forward to be built and placed most likely in Alaska to provide early warning discrimination and tracking for the protection of North America and Hawaii. Both of these initiatives benefit NORTHCOM and NORAD to better defend North America.

It is these unsung heroes that lead by example, their crews and team at NORAD and NORTHCOM in excellence that give our populations in Canada and the United States assurance and confidence that their way of life is safe.

We honor their mission and their leadership.