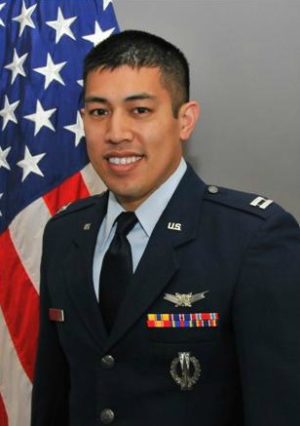 Captain Gregory F. Tengco is a Missile Warning Crew Commander assigned to the 12th Space Warning Squadron as a Flight Commander, Thule Air Base, Greenland. He was born in Albuquerque, New Mexico, and attended the University of New Mexico where he received his Bachelors degree and was commissioned as an officer in the United States Air Force.

His military awards include the Combat Mission Readiness Medal and the National Defense Service Medal. Captain Tengco attends classes at Colorado State University in Colorado Springs, Colorado, and is working toward a Master’s Degree in Business.