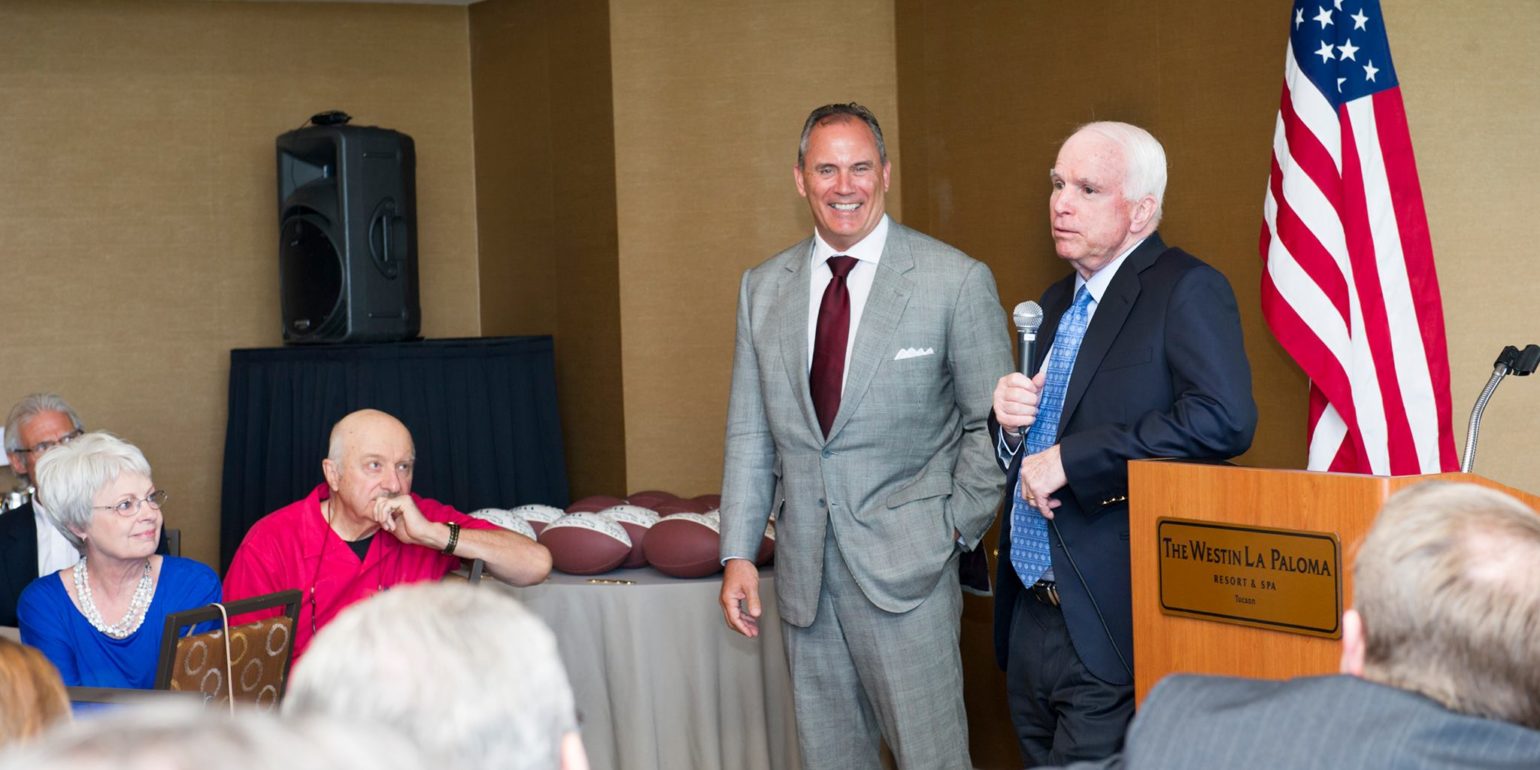 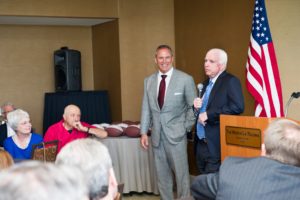 A great American leader that led with American grit and fierce independence for the best interests of the nation.

A great American leader that served as a midshipman to a POW, to a United States Senator and to the crescendo as Chairman overseeing the most powerful military in the world, where he led like no other.

A great American leader, that in his three-year Chairmanship of the Senate Armed Services Committee, driving for maximum efficiency of government resources, he eliminated earmarks and pork for his state and set the example to the United States Senate and the American public.

A great American leader that presided as Chairman of the Senate Armed Services Committee over three National Defense Authorization Acts, of which each one has strongly and fully supported missile defense, the Ground-Based Interceptors, THAAD, and Aegis Ballistic Missile Defense. Driving the THAAD-Patriot integration in Korea and driving the production of Aegis BMD ships and having them out to sea.

A great American leader that has equaled and surpassed the military honors and ranks of his father and grandfather, Admirals and Combatant Commanders. An honor bestowed by Congress and the United States Navy, that his name was added with his father and his grandfather to the naming of the USS John S. McCain (DDG-56)

A great American that resided in Arizona in wide open spaces of the west, that defined American Spirt and unleashed American Dreams.

Senator John McCain was a Maverick graced with grit, saddled with integrity, embedded with character, spirited with courage and rode like the wind to face down those that did not put the Nation first and foremost.

Rest in Peace as we all now rest in his integrity and forever inspired by his example of life.

God Bless this great man, his family, friends and God Bless this nation for forging the unforgettable and irreplaceable – Senator John McCain.