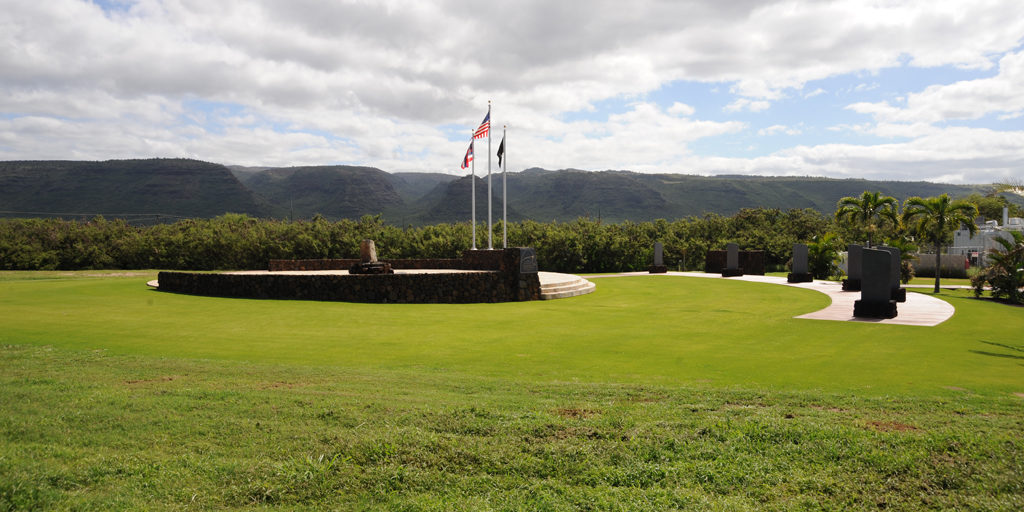 MDAA played a pivotal part in the creation, design and development of the ‘Kauai Veteran’s Eternal Memorial and Missile Defense Viewing Site’ located at Barking Sands, Pacific Range Missile Facility, Kauai, Hawaii. The memorial serves as a permanent tribute to those that have served and those that will continue to serve our Armed Forces and an embedment of missile defense to defend and protect our nation and armed forces.

Hawaiian culture along with the importance of both PRMF and missile defense to Kauai played a tremendous factor into the inspiration and creation of the memorial. At the center of the memorial is pahoku piko, a blessed four foot massive rock, hand selected in accordance with Hawaiian tradition from the island of Kauai. In Hawaiian Culture, the Hawaiian word pahoku means large rock and piko represents the umbilical cord, the life connection we have with the present.

“I wish to also commend the Department of Defense and the Navy and the personnel here for initiating the process to establish this extraordinary partnership that came forth with this eternal memorial. This is a great demonstration of what can happen with great leadership. We in Hawaii are most fortunate for having this leadership located at Barking Sands. This will stand here to remind us that working together everything is possible. So Captain, I thank you very much for your leadership in this venture. It will stand here in your legacy for eons to come.”

The site was officially opened on June 1, 2009 in a ceremony by Senator Daniel Inouye, PMRF commanding officer Captain Aaron Cudnohufsky, and Riki Ellison. The Memorial serves as an outdoor viewing areas for invited guests, employees or family members to observe launch missions of national and international importance. [1]

Photos of the Memorial’s Dedication 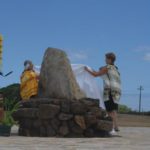 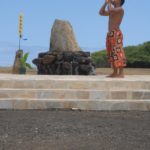 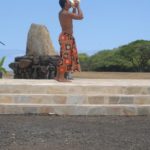 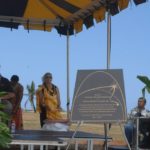 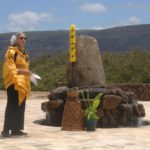 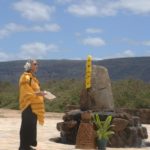 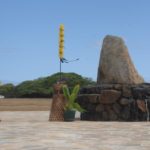 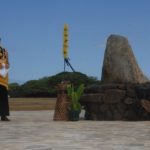 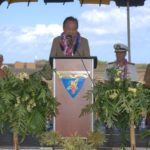 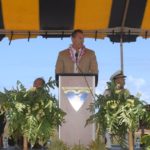 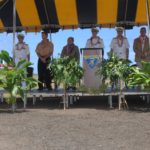 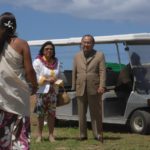 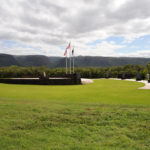 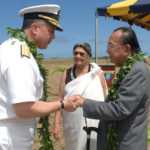 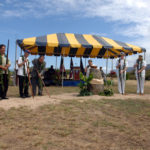