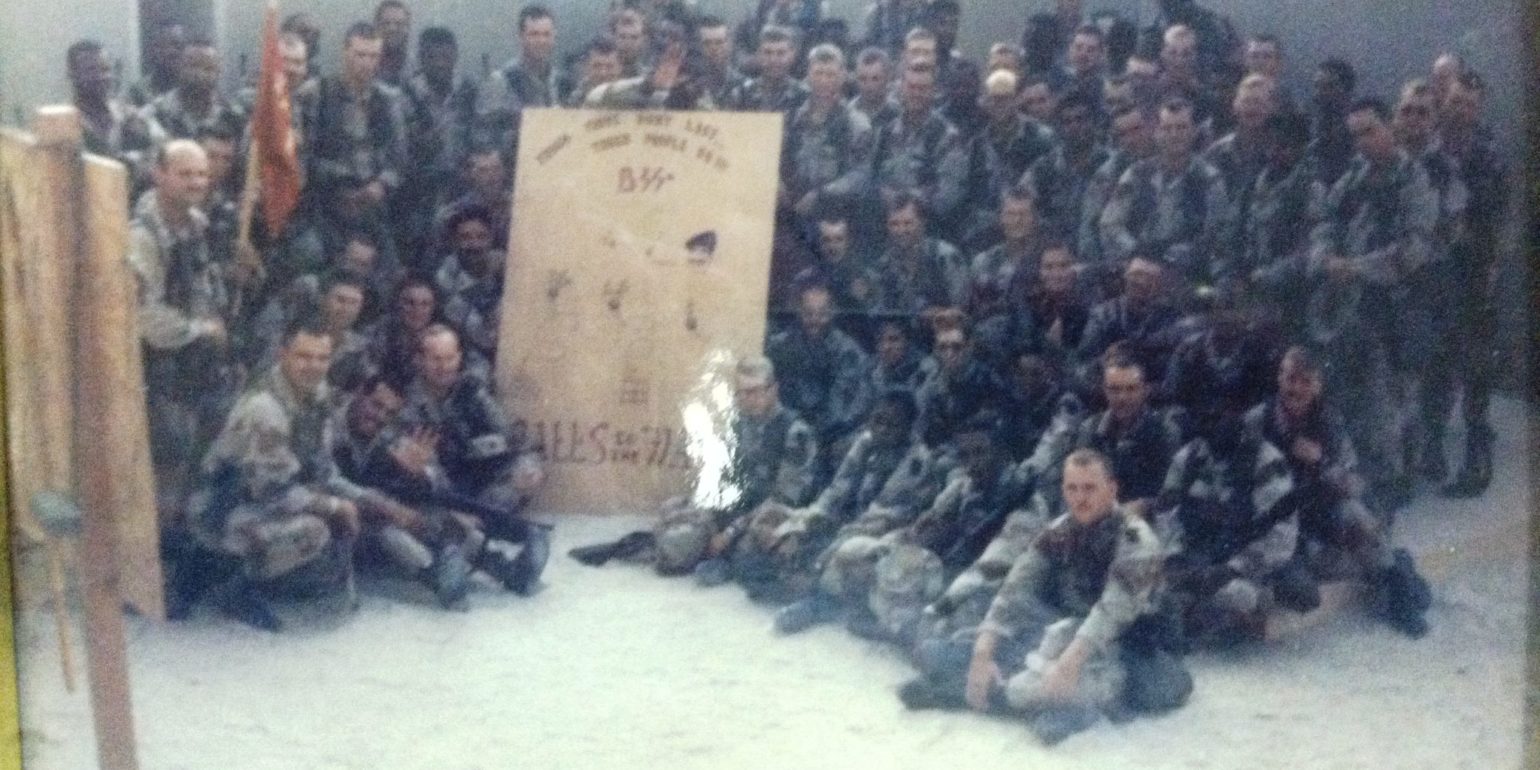 Upon your commission to the U.S. Army and ADA, what was Patriot’s primary threat that it was tailored to defend against?

PATRIOT was designed to specifically address the Soviet Union and Warsaw Pact Fighter/Bomber threat that would be flying from East to West.

I understand that 11th ADA BDE was conducting tests on an interceptor upgrade at McGregor Range Complex, Fort Bliss, TX, when your Battery received orders to deploy, could you explain how you were notified and what the impact to the war-fighter was?

Bravo Battery, 2nd Battalion, 7th Air Defense Artillery Regiment [the PATRIOT unit] was selected to participate in anti-tactical ballistic missile tests at White Sands Missile Range, New Mexico in the summer of 1990, with the mission of testing, developing PATRIOT as an anti-tactical ballistic missile capable system. The tests were scheduled to start in the August or September 1990 timeframe. Saddam Hussein invaded Iraq on August 2, 1990, and shortly afterwards Bravo Battery, 2-7 Air Defense Artillery was designated to deploy to the Kingdom of Saudi Arabia to defend critical coalition assets from Saddam’s Scud missiles. The battery deployed on August 11th with the Army’s full inventory of PAC-2 missiles (2), the smartest Soldiers, engineers, tacticians from the 11th Air Defense Artillery Brigade, and industry. On the flight over, we developed the database and defense design to initiate into the system upon our arrival.

Your unit conducted many successful engagements of Saddam’s SCUD-Bs. Can you discuss in further detail the scenarios that took place where Patriot fired at a false track? Why did this happen?

Significant frequency overload caused by the rapid deployment of a large joint/coalition military force created challenges for many units. For PATRIOT, this frequency-overloaded environment resulted in the system generating false tracks which then caused the system to respond to those attacks as if they were real.

What challenges did the Patriot system face when you observed Saddam’s SCUD-B’s falling apart mid-flight? What could the operators do to overcome this and other system challenges?

The Patriot system in 1990 did not have the sophisticated ability to discriminate like it does today. When the SCUDS reentered the atmosphere, they would sometimes break apart into 2 or 3 pieces. Because of the lack of sophisticated discrimination, the Patriot system would then classify each major part as a incoming missile. Since we couldn’t determine which of the new tracks was the warhead, we ended up launching PATRIOTS at all the new tracks. It was an inefficient way of protecting an asset but we all believed Saddam would use his SCUD missiles to launch WMD warheads so we could not take chances. You can imagine the missile reload strain on the force using only a Guided Missile Transport… This is where the requirement for Forklift reload was born.

It is to be noted that the speed and efficiency which American leaders in Congress, the Department of Defense, and the Reagan and Bush Administrations achieved with industry to field the Patriot missile system, before and during Operation Desert Storm, were exceptional. From SAM-D concept-definition, in 1967, to PAC-1 missile-completion, in 1988, American leadership produced the cornerstone of integrated missile defense that continually evolves; deployed and successfully operated bringing forward deterrence, stability, and defense, with combat intercepts that have saved human life and critical infrastructure by the United States Army and our Allies around the world.