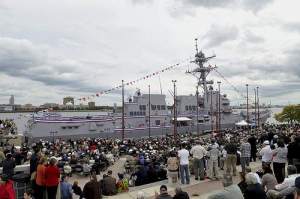 The Chairman of the Joint Chiefs of Staff, Admiral Mike Mullen and the Chief of the Naval Operations, Admiral Gary Roughead commissioned the USS Wayne E. Meyer, DDG 108 named after the recently departed Admiral Wayne Meyer, who was known as the “father” of the Aegis Combat System in Philadelphia, Pennsylvania this past week.

Admiral Wayne Meyer, a fierce warrior and advocate of the Aegis Combat System, started the U.S. Navy in three major areas:  Air Defense of the Ship, Air Defense of the Fleet and integration of Ballistic Missile Defense for the U.S. Navy. Admiral Myer in the mid 1960’s oversaw a shoot down of a ballistic missile warhead from a ship ahead of its time and fought the Navy establishment to prove, develop, deploy and evolve the Aegis Combat System to become what it is today.

The Aegis Combat System is on U.S. and Japanese destroyers and cruisers deployed today in the waters off of the Korean Peninsula and can detect, track and destroy North Korean missiles with high confidence, including the 5 short-range missiles (KN-O2) that were launched by mobile launchers in North Korea this past Monday.  It is the Aegis Combat System that is the primary defense for U.S. deployed forces in East Asia and it is the most significant protector of Japan and South Korea from North Korea ballistic missiles. These populations of East Asia are understandably concerned and feel threatened as this year alone, North Korea has fired 20 ballistic missiles and tested a nuclear weapon over a period of 7 months, from April to October in 2009.

It is the Aegis Combat System that is the primary system of our nation’s new missile defense plan laid out by President Obama and Secretary of Defense Robert Gates on September 16th for European and Allied Defense as well as our forward-based forces. The President and the United States Congress will spend close to $9.3 billion dollars next year on missile defense, with a good portion focused on the Aegis Combat System, its SM-3 interceptors and its future evolvement to “Aegis Ashore.”

We at MDAA aggressively support and endorse the Aegis System that is advocated by the President, Secretary of Defense and the Chairman of the Joint Chiefs of Staff and look forward to deploying more Aegis capable ships and SM-3 interceptors to make our nation and our world a safer place. 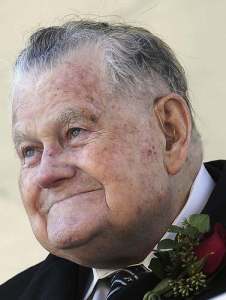