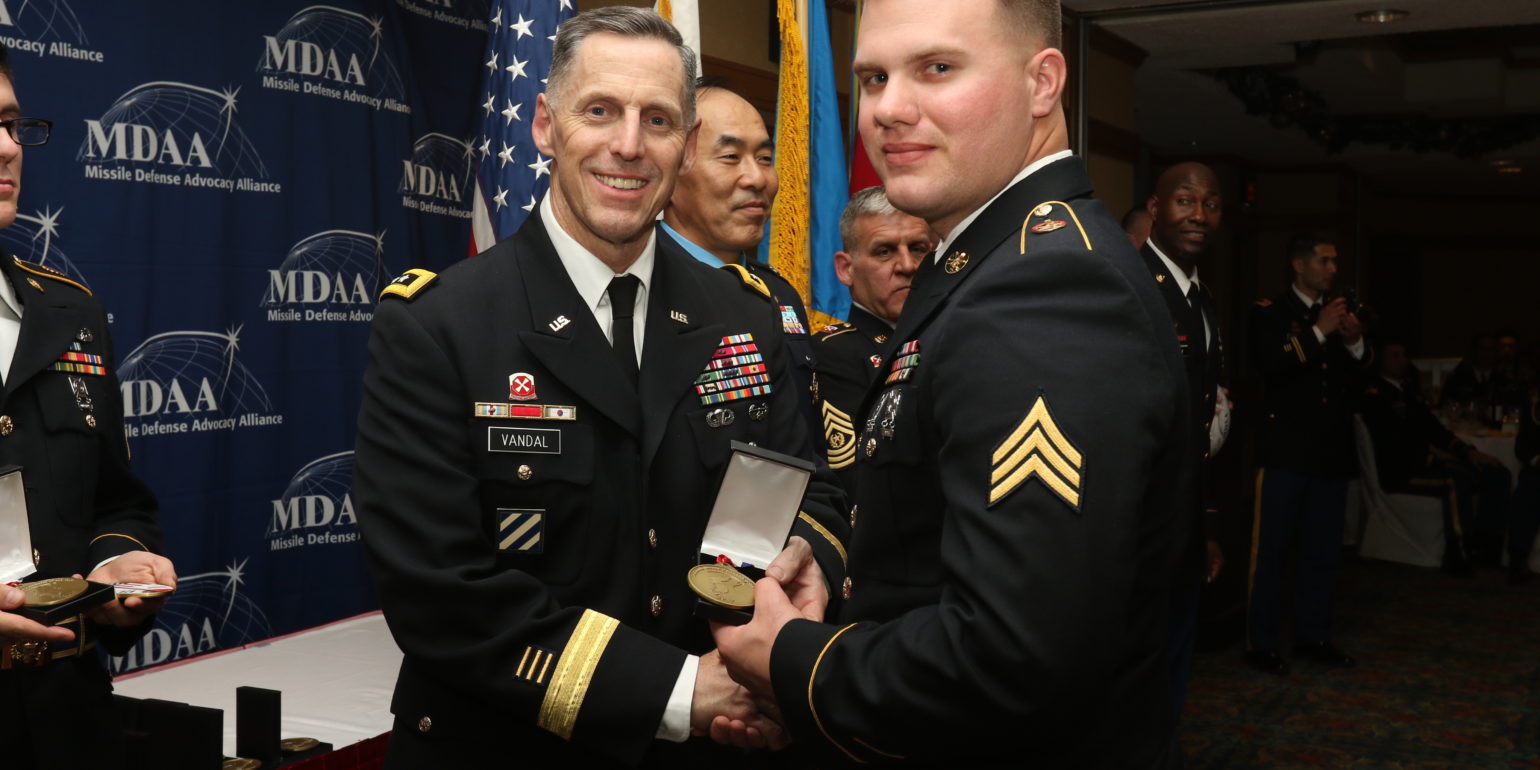 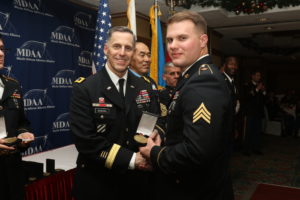 Lieutenant General Vandal awarding a Solider at MDAA’s 2017 Peninsula Missile Defender of the Year Event on November 29, 2017 in Seoul, Korea

A soldier’s general, a man with intensity in vision and in life.

Strong from the inside out and from the outside in.

Leadership at the right time under extreme pressure to make 80 million on the Peninsula safer than they have ever been.

Implemented the deployment of the United States THAAD Battery in Korea and led the Patriot MSE Post Deployment Build-8 (PDB-8) upgrade on the Peninsula.

He made impact to make our world a safer place.

His impact is way beyond his military career to those that he touched and loved throughout his life will continue.

We will dearly miss his fire of determination and his unbound heart to do good.

Our prayers to his family, friends, and soldiers.

God Bless him as he was gifted to lead.