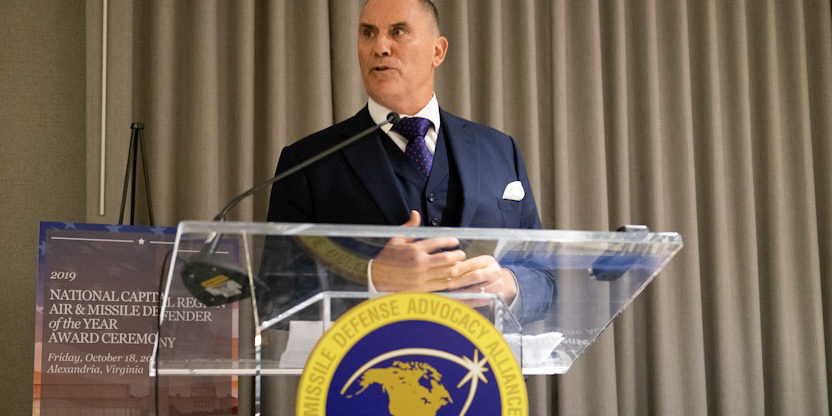 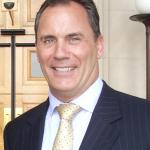 Amongst the achievements of Mr. Ellison is the creation and building of two historic missile defense and veteran public memorials. One memorial is located at Vandenberg AFB in California honoring President Ronald Reagan and the other located at the Pacific Missile Range Facility in Kauai, Hawaii dedicated with the late Senator Daniel Inouye. Mr. Ellison was awarded the Honorable Order of Saint Barbara in December 2011 and the German Air Force Air Defense Missile Badge in October 2018. Mr. Ellison also established the annual “Missile Defender of the Year Award Ceremony.” These awards are given to the best United States missile defense soldier, sailor, airman and national guardsmen from each of the military services involved with missile defense. There have been 68 DOY events hosted in seven countries that have recognized 859 DOY Awardees from 18 different nations since 2011 as the Missile Defender of the Year in their respective branch and region.

On June 15, 2021, Mr. Ellison and MDAA, in partnership with the University of Southern California’s Price School of Public Policy and Viterbi School of Engineering, created the Executive Program in Global Space and Defense. The 8-month long program began on September 24, 2021 and is designed to ignite a Critical Thinking cauldron and cadre of missile defense leaders across the spectrum on the intersection of public policy and engineering in making the nation and the world a safer place.

On April 12th, 2022, Mr. Ellison and the MDAA board of directors wrote its first capstone effort to reform U.S. missile defense roles and responsibilities for the rapidly evolving era of great power competition. The report titled, “U.S. Missile Defense: An Overview of Past, Current, and Future Roles and Responsibilities” outlines how and why the roles and responsibilities of the Services, Combatant Commands and the Missile Defense Agency must change, and change soon.

In 2006, Mr. Ellison founded the Youth Impact Program for disadvantaged and at-risk adolescent boys in our nation’s inner cities. There have been 44 Youth Impact Programs in 16 of our nation’s major cities and major universities. The Youth Impact Program has been recognized twice by the United States Congress in Senate and House Congressional Resolutions for its overall achievements, innovation, and impact. Since the beginning, YIP has impacted 3,693 at-risk youth, 793 NCAA athletes, 164 public school teachers, 169 U.S. Marines, 126 U.S. Army Soldiers, and 38 U.S. Air Force Airmen. Students who attended our 2021 programs on average increased their Stem scores by 94%, language art scores by 60%, and leadership fundamentals by 41%.

Earlier in his career, Mr. Ellison played professional football for 10 years as a starting middle linebacker with the San Francisco 49ers and Oakland Raiders, winning three Super Bowl championships. He was the first New Zealander to play in the NFL and the first New Zealander to win a Super Bowl. In 2017, Mr. Ellison was inducted into the Polynesian Football Hall of Fame. Mr. Ellison played college football at the University of Southern California, winning a National Championship and two Rose Bowls following a State High School Football Championship in Arizona. Mr. Ellison earned a Bachelor of Science degree in International Relations with a graduate certificate in Defense and Strategic Studies from the University of Southern California in 1983. Mr. Ellison attended the National Security Seminar at the Army War College in 2009 and the National Security Seminar at the Air War College in 2011. Mr. Ellison also attended the University of Notre Dame where he attended a Business Management and Entrepreneurial program in 2013.

Service and athletics were ingrained in Mr. Ellison’s life. His grandfather, Ned Ellison of New Zealand, was awarded the King George V Silver Jubilee Medal in 1935 and was appointed an Officer of the Order of the British Empire in 1938 for his achievements in medicine. Ned’s brother (Mr. Ellison’s grand uncle), Thomas Ellison was the first captain of the New Zealand Representative Rugby Team in 1893 and also played on the New Zealand Native Football Team in 1898-99.

Click here to watch NZ On Air’s documentary on Riki Ellison, The Defender.