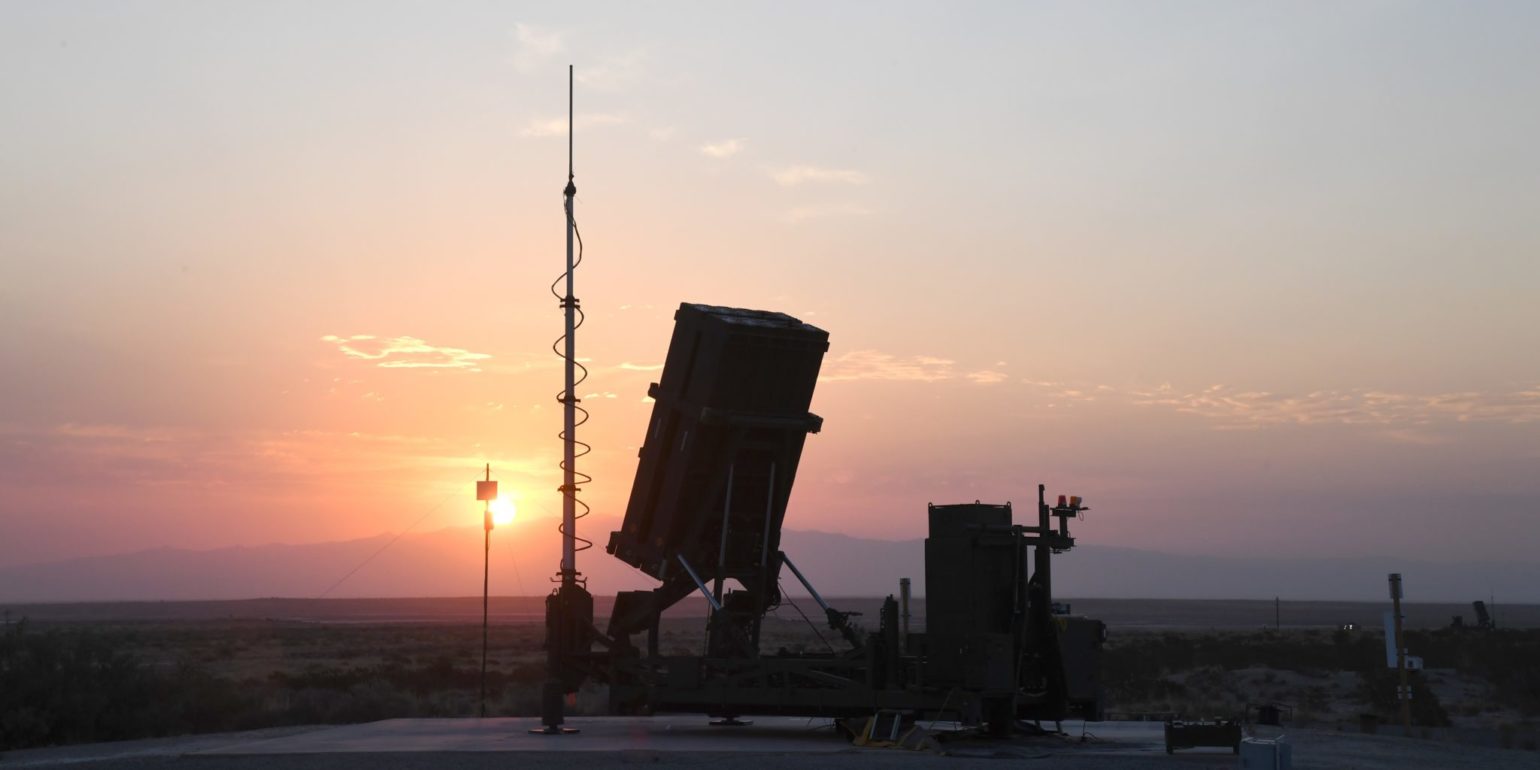 Israel’s current short-range anti-rocket, artillery and mortars system – Iron Dome – was independently developed by Israeli companies Rafael Advanced Defense Systems and IAI, before Raytheon joined the development process for the Tamir interceptor missiles in 2014, a condition of US funding.

Iron Dome entered operational service in early 2011, and since then has been the most used missile defense system in the world, boasting nearly a 90% success rate intercepting over 1500 incoming targets heading towards population centers.[i]Currently it is the only fully combat-tested component of Israel’s multi-tiered missile defense infrastructure, however, it will be soon be complemented by other systems like David’s Sling and Arrow-3. The ballistic missile-defense system   already become operational; soon to be followed by David’s Sling and Arrow-3, which when completed will cover all four tiers of missile threats.

Iron Dome defended Israel successfully from hundreds of rocket salvos in 2012 coming from Gaza. Between 2012 and 2014, Israel upgraded it’s tracking and firing mechanisms, further expanding the number of batteries from 5 to 10.[ii]Israel also has the American-made Patriot missile and the recently improved AN/TPY-2 X-band radar in their missile defense arsenal.

A single Iron Dome battery consists of 3 to 4 stationary launchers, each carrying 20 Tamir interceptor missiles, along with radar; all transported on heavy military truck-mobile flatracks.[iii]The Tamir missile itself has electro-optical sensors and steering fins with a proximity fuse warhead, with launch units operated remotely from a battle management and missile control unit. Each of the 10 Iron Dome batteries can defend 150 sq km, but are strategically placed around city centers, intercepting projectiles heading towards populated areas and disregarding those fired at uninhabited regions.[iv]

Although to date Israel remains the sole operator of Iron Dome, they have considered selling the system to a number of NATO states, as well as South Korea, India, Azerbaijan and the United States.[v] As of 2020, the U.S. Army has acquired two Iron Dome batteries and has tested them against multiple threats, specifically focusing on cruise missiles. In June 2022, the U.S. Army conducted its most recent test of the Iron Dome batteries alongside the Israel Missile Defense Organization in White Sands Missile Range New Mexico. According a press release the batteries successfully intercepted all of its intended targets while being interoperable with U.S. systems. Two weeks earlier, the U.S. Marine Corp conducted a successful test with the Iron Dome’s Tamir missile at the same range. The U.S. military had acquired the Iron Dome batteries as they continue to develop their own Indirect Fire Protection Capability. The United States also provides tremendous aid for the production and usage of Iron Dome in Israel as detailed below.

Since 2001, an array of armed groups including Iran, Hamas and Hezbollah have fired nearly 20,000 rockets towards Israel; including M-302, M-75, Grad, and Qassam rockets.[vii]Some believe Hezbollah may have over 100,000 hidden missiles and rockets in their stockpiles.[viii]Currently, 10 Iron Dome batteries represent Israel’s core means of defense against this threat. Iron Dome can effectively defend against the launched regularly by Hezbollah and Hamas.[ix]

November 2012: 421 interceptions during Operation Pillar of Defense – an 8-day operation against Hamas in Gaza.

Disclaimer: “The appearance of U.S. Department of Defense (DoD) visual information does not imply or constitute DoD endorsement.”