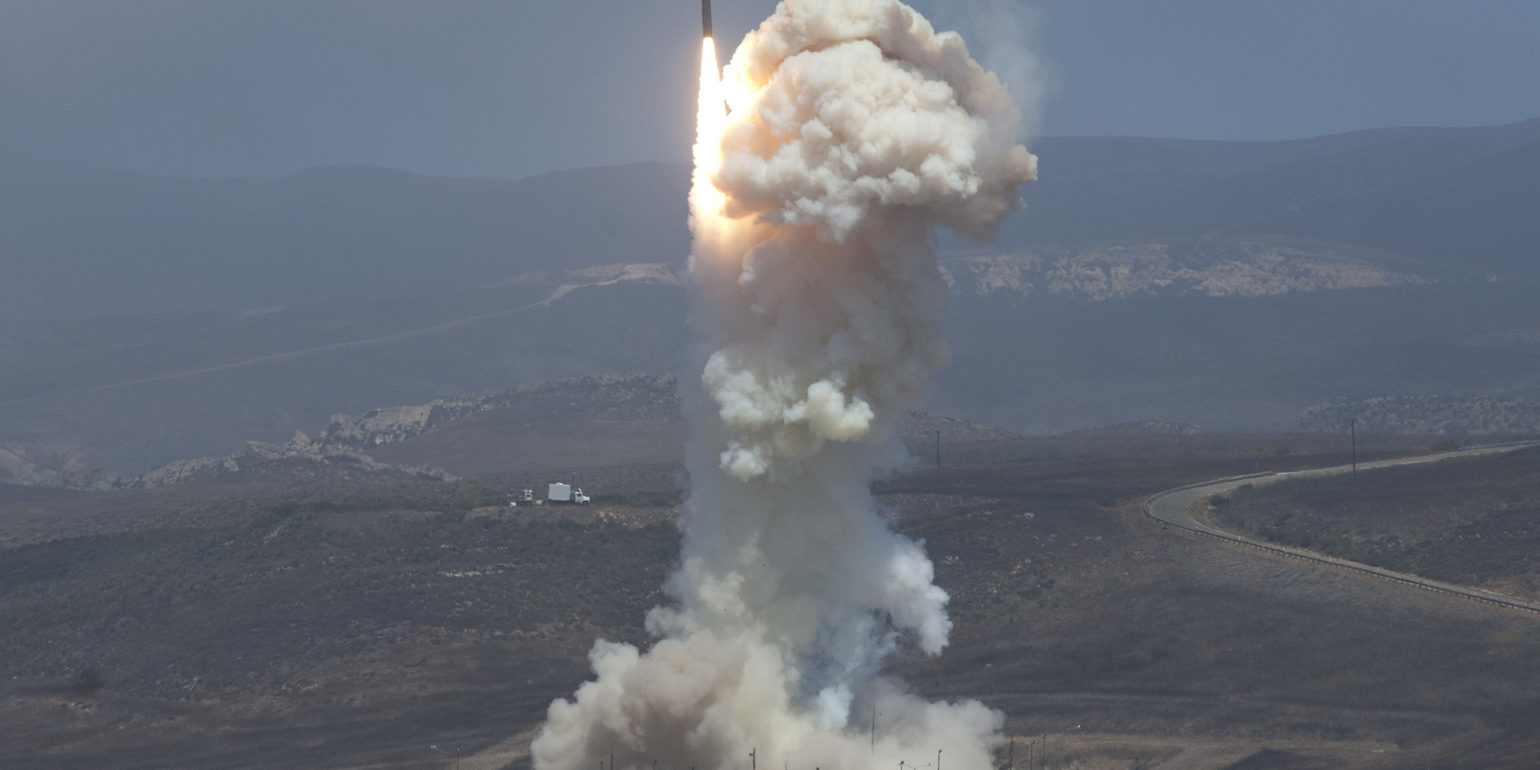 In the late 1990s, North Korea demonstrated significant progress on its nuclear and ballistic missile program, particularly in its ability to strike the U.S. homeland. In response to the emerging North Korean threat, the United States announced its intention to withdraw from the 1972 Anti- Ballistic Missile Treaty (ABM), which prohibited the deployment of new ballistic missile defense capabilities. In its 2001 statement announcing its intention to withdraw from the ABM Treaty, the White House cited the shift in geostrategic challenges as the primary motivation for breaking the treaty saying “[the] threats we face today are far different from those of the Cold War.” [2] While Russia historically objected to the deployment of a national ballistic missile defense system in 2001, Russian President Vladimir Putin released a statement in response to the decision of the U.S. saying “the decision made by the President of the United States does not pose a threat to the national security of the Russian Federation.”[3] National Security Policy Directive 23, issued in December of 2002, directed the Department of Defense to deploy a set of missile defense capabilities for operational use by 2004. [4]

Click here to learn about the anatomy of a GBI test

Homeland Defense GMD is currently the only system the U.S. deploys capable of protecting the homeland from intercontinental ballistic missile (ICBM) threats. GMD is designed to defend against limited ICBM threats from rogue nations such as North Korea and Iran, and is not designed to counter the strategic forces of nations that possess advanced ICBM capabilities such as Russia and China.

In addition to early warning radars, early homeland missile defense plans also called for cooperation with European allies on the deployment of elements of the GMD system. In response to the development of the Iranian ballistic missile threat, President George W. Bush formally entered into negotiations with the governments of Poland and the Czech Republic in 2007 to host elements of the GMD system in their countries that would defend against intermediate to long range ballistic missiles originating from Iran. President Bush’s plan called for up to 10 two-stage GBIs in Poland and an X-Band Radar in the Czech Republic. However, upon entering the White House in 2009, President Barack Obama cancelled the Bush Proposal and announced the European Phased Adaptive Approach (EPAA) in its place on September 17, 2009. While EPAA provides reliable theater defense against ballistic missiles up to the intermediate range, the plan lacks the homeland defense element of the Bush administration proposal.

Deployment As of November 2018, there are a total of 44 GBI interceptors deployed to protect the homeland. This includes 40 GBIs in Fort Greely, Alaska and 4 deployed to Vandenberg Air Force Base, California. President Trump has requested funding for 20 additional GBI interceptors to be deployed in the United States.

Modernization Two key programs will contribute to the modernization of the GMD System, the Long Range Discrimination Radar (LRDR) and a next generation kill vehicle, the Redesigned Kill Vehicle (RKV). The LRDR, scheduled to begin defensive operations in 2020, will serve as a midcourse sensor to improve target discrimination capability for the BMDS to better address potential countermeasures and increase the capacity of the GBIs in Alaska and California. [6] The RKV, scheduled for initial deployment in 2020, will incorporate performance enhancements in target acquisition,discrimination, and survivability. The RKV will also feature on-demand communications that enable better use of off-board sensor data and provide improved situational awareness for the warfighter. The first flight test of the RKV is planned for 2018, and the first intercept test is planned for 2019. [7] Together, these enhancements will allow the system to lower the “shot doctrine”, or the number of interceptors needed to successfully destroy an incoming warhead.

Mobile GBIs In the future, the operational flexibility of GMD might be increased with the application of mobile GBIs, which are self-contained transportable GMD systems that can be employed to counter emerging threats. Components of the transportable GMD system include a mobile tanking trailer, a Transportable Launch Support System (LSS), an In-Flight Interceptor Communication System (IFICS) Data Terminal (IDT), and a Transportable-Erector (TE) from which the GBI is launched. [8] To launch a mobile GBI, the mobile tanking trailer—carrying the TE and GBI—is parked and the GBI is erected minutes prior to takeoff. In coordination with the IFICS, IDT, and other radars and sensors, the mobile GBI is then launched from the TE and guided to its target like a silo-based GBI. Mobile GBIs can be readily moved to existing launch pads and maintained in readiness state. The TE and other launch-support and communication systems also provide a cheaper alternative to conventional GBI silos, and shorter manufacturing periods enable early deployment of mobile GBIs at Vandenberg Air Force Base and the potential to expand to new sites, possibly even moving to a fully transportable GMD capability. [9]

Next Generation Interceptors (NGIs) are the next step of homeland defense. As part of the GMD system, it is a project of the Missile Defense Agency (MDA) whose objective is to upgrade and improve the current Ground-Based Interceptors (GBIs) deployed in Fort Greely, Alaska, and Vandenberg SFB in California. The defense contractors awarded with the project were Northrop Grumman and Lockheed Martin in early 2021, with the project due to be deployed by 2030. The system will maintain the hit-to-kill feature of its predecessor, while improving several instances of the C4ISR (Command, Control, Communication, Computers, Intelligence, Surveillance, Reconnaissance) through increasing situational awareness, while gathering knowledge of the adversary and the environment, and shortening response times. But perhaps more importantly is the intention to place several warheads on a single interceptor, strengthening the chances of effectively intercepting multiple targets. Up to this date, no interceptor possesses such ability. The new interceptors will also fit inside already built silos, removing the need to modify or relocate the currently built silos. Finally, the NGIs are predicted to secure America and its citizens from all dangers for decades once fielded, protecting the homeland and its assets from ICBMs and other threats for a longer period of time. [10][11]

North Korea is currently developing an increasingly sophisticated nuclear and ballistic missile capability. In December 2012 and February 2016, North Korea successfully placed satellite payloads into orbit via a long range rocket, the Unha-3, which Pyongyang maintains is intended only as a space launch vehicle (SLV). However, developing a SLV contributes heavily to North Korea’s long-range ballistic missile development, since the two vehicles have many shared technologies. [12] In a 2012 military parade, the DPRK unveiled a new road-mobile ICBM, the KN-08. While the KN-08 has not yet been flight tested, the Department of Defense assesses that North Korea currently possesses at least 6 launchers for the ICBM. [13] With a range of over 3400 miles, these long- range missiles have the ability to reach a number of targets within the U.S. homeland. Iran has also carried out four satellite launches, with the most recent occurring in April of 2016. [14] The GMD system is capable of defending the entire United States from current long-range threats originating from North Korea. Modernization efforts for the GMD will ensure that the system stays ahead of the developing North Korean threat.

[10] “What is NGI (Next Generation Interceptor)?” Trenton Systems https://www.trentonsystems.com/blog/what-is-ngi