The Anatomy of a GBI Intercept Test 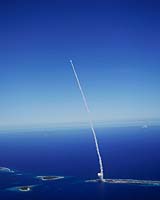 The test missile was fired from Kwajalein atoll early in the morning headed  towards the west. The U.S. Defense Support Program (DSP) satellites picked up the heat of the launch instantly. A nearby U.S. Aegis Ballistic Missile Defense Destroyer, the USS Hopper also detected and tracked the boosting  missile with its AN/SPY-1 S-Band Radar to determine the burnout and velocities and predict the trajectory of the target missile. 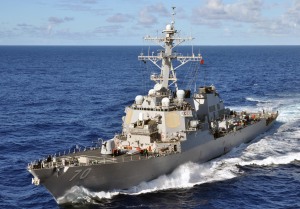 This data was passed through to the Sea Based X-Band (SBX) Radar floating in the middle of the Pacific to queue its powerful X-Band Radar to set up a sensor fence to catch the incoming missile and to discriminate the debris cloud from the target missile and to identify the warhead from the countermeasures, debris and decoys.

All of this sensor information was sent back instantly and compiled at Schriever Air Force Base in Colorado Springs and was quickly processed into a firing solution that was fed to the GBI in its silo at Vandenberg Air Force Base. The information was continuously updated. The best possible firing solution was determined and the GBI launched remotely by U.S. Army Soldiers from the 100 th Missile Defense Brigade stationed Schriever AFB. 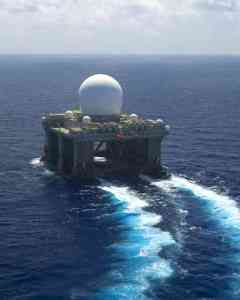 As the interceptor was in flight, it received updates from the In-Flight Interceptor Communications System Data Terminal (IDT) at Vandenberg AFB during its initial flight burn time and again from the IDT on the floating SBX platform to place the kill vehicle of the interceptor in the best position location for intercept and provide it with what it should be seeing when it opened its sensors.

The EKV then separated from its final stage and opened its eyes. Unconnected from any more updates, the EKV used its own discrimination processors to hunt down the target warhead to put itself in a collision course. The EKV made contact with the warhead and destroyed it, using only the kinetic force from the impact. 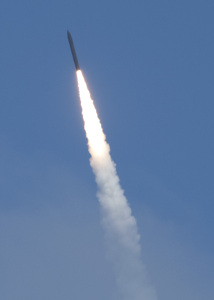 This successful test, the first of the CE-II EKV, was a truly pivotal milestone on the path to a robust U.S. homeland missile defense. As the 65 th hit-to-kill intercept across all U.S missile defense systems since 2001, it proved not only the capabilities of the entire Ground Based Midcourse System, but also cemented the viability and reliability of hit-to-kill technology. 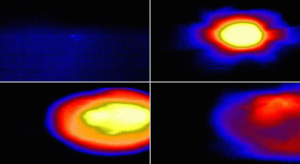 Images of the CE-II Kill Vehicle colliding with and destroying the incoming target ballistic missile in space. June 22, 2014