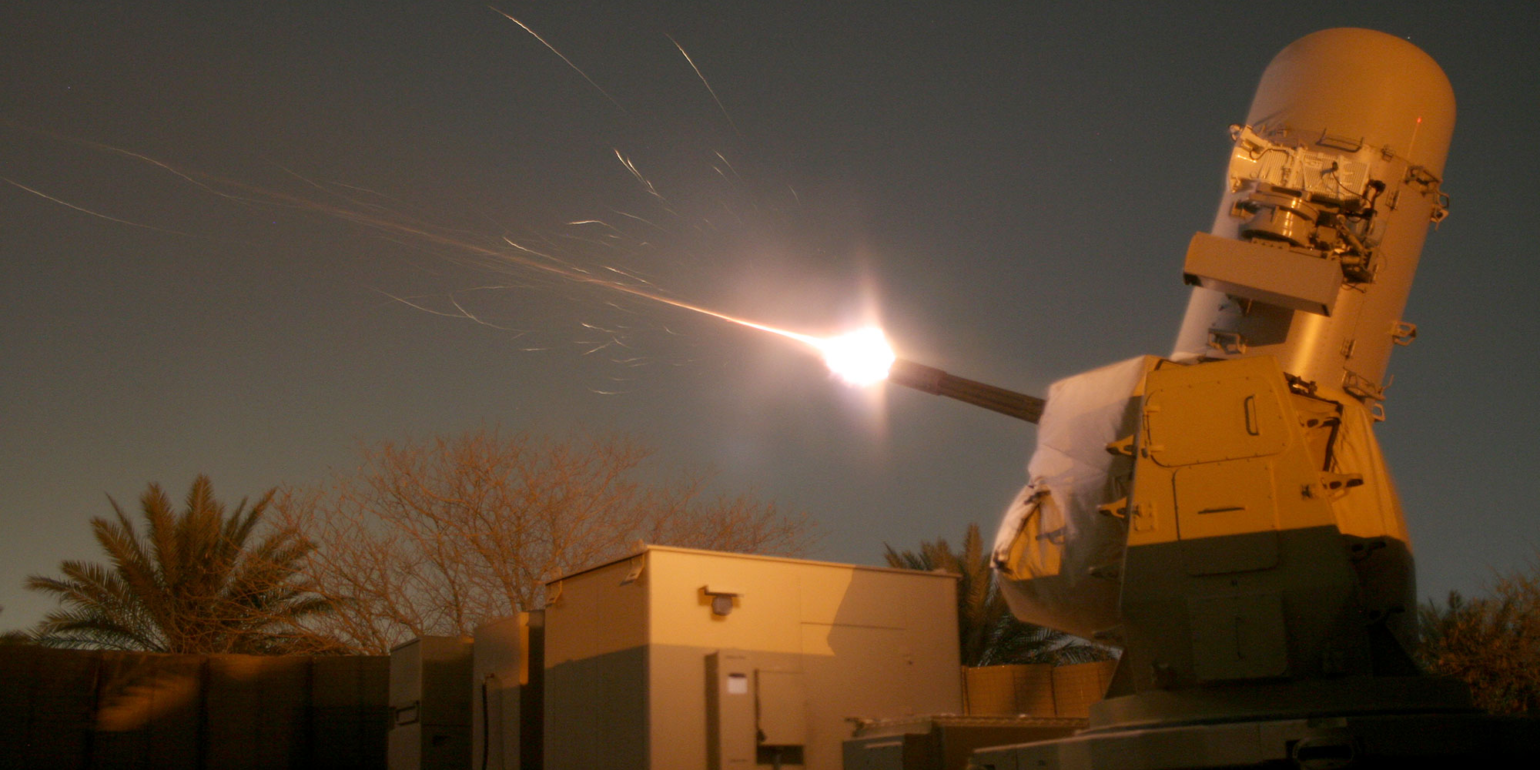 The Counter-Rocket, Artillery, Mortar (C-RAM) / Indirect Fire Protection Capability (IFPC) system was developed early during Operation Iraqi Freedom/Enduring Freedom in order to protect ground forces and forward operating bases from the threat of rockets, artillery, and mortars.  C-RAM is made up of a variety of systems which provide the ability to sense, warn, respond, intercept, command and control, shape, and protect deployed forces.

A main component of the C-RAM system is the LPWS, which is modified from the U.S. Navy MK-15 MOD 29 Block IB, Baseline 2 Close-In Weapon System, and mounted on a commercial 35-ton semi-trailer for land-based operations. The M61A1 20mm Gatling gun is capable of acquiring its target and firing at a rate of 4,500 rounds per minute. The Forward Area Air Defense Command and Control (FAAD C2) system integrates the sensors, weapons, and warning systems for C-RAM Intercept.[ii]

C-RAM was operationally deployed in Iraq and Afghanistan, where its sense and warn capabilities provided timely warning of more than 2,500 rocket and mortar attacks against C-RAM equipped forward operating bases. C-RAM was also purchased by Australia and the United Kingdom.

The C-RAM system was originally designed to fill operational needs in Iraq to counteract the increasing number of casualties caused by attacks using rockets, artillery, and mortars It was deployed by the United States in Iraq to protect the Green Zone and Camp Victory in Baghdad, Joint Base Balad near Balad, Iraq, and was deployed by the British Army for ground protection in southern Iraq. C-RAM can be used for defense and destruction against incoming weapons or can simply provide early warning.

More recently, the Army and Northrop Grumman are exploring new sensors and interceptor weapons able to destroy enemy drones using ground-based systems designed to track and knock out approaching enemy fire from Forward Operating Bases. C-RAM is deployed at numerous Forward Operating Bases throughout Iraq and Afghanistan and is now being analyzed for these upgrades and improvements.[iii]

November 2017:The Army and Northrop Grumman were analyzing C-RAM for upgrades and improvements.

March 2016:Northrop Grumman Corporation moved the Army’s C-RAM capabilities to US Army brigade combat teams to help forward-deployed units defend themselves. The move should be complete by February 2019.

October 2005:The US Army selected Northrop Grumman Corporation as the prime contractor for the Counter-Rocket, Artillery, Mortar Integration and Fielding contract.

Summer 2004:The land-based Phalanx B was deployed in Iraq.