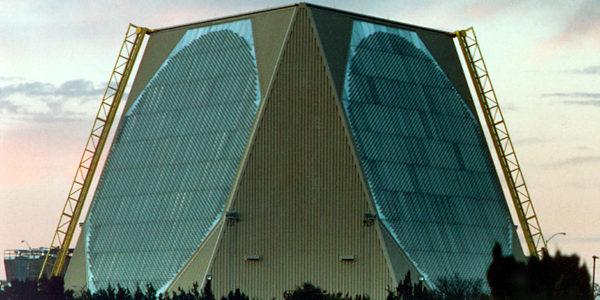 The United States has several Upgraded Early Warning Radars (UEWR) at bases around the world and is in the processes of upgrading other early warning radars to ensure they are integrated into the Ballistic Missile Defense System (BMDS) and able provide the system with critical early warning, tracking, object classification and cueing data. The three UEWRs at Thule AB, Greenland; Beale AFB, California; and RAF Fylingdales, United Kingdom are solid-state, phased-array, all-weather, long-range radars that are designed to provide a variety of data for the BMDS. The expertise of the UEWR includes providing integrated tactical warning and attack assessment to the National Command Authority, supporting the Space Surveillance Network by classifying reentry vehicles and other space objects, and providing BMDS midcourse coverage by detecting sea-launched or intercontinental ballistic missiles, sharing real-time information with BMDS command and control nodes, tracking interceptors while they are in flight, and providing ballistic missile threat tracking data before and after interceptor launch.[i]While the UEWRs each vary slightly in their design they all have the above abilities and are able to detect objects up to 3000 miles away and operate in the Ultra High Frequency Band.

The UEWRs are strategically located at bases around the United States and at allied bases. The positioning of these radars are designed to provide the U.S. with complete coverage and allow for early warning detection of any incoming ballistic missile threat regardless of the point of origin.

The Thule Ballistic Missile Early Warning Radar System (Thule BMEWR) is located at Thule Air Base in northwestern Greenland. Thule AB is the northernmost installation of the U.S. Department of Defense and is 750 miles north of the Arctic Circle, and 947 miles south of the North Pole.[ii]Positioned between Europe and North America, Thule AB is in a strategic location to monitor and track ground-launched ballistic missile threats on trajectories over the North Pole from countries such as Russia or North Korea, and submarine-launched missiles from the Arctic and North Atlantic Oceans. The Thule BMEWR is a 2-faced phased array radar and is operated by the 12th Space Warning Squadron. In December of 2016, the Air Force awarded Raytheon Integrated Defense Systems a $40 million contract to modify the Upgraded Early Warning Radar station on Thule Air Base.

The Clear AFS Ballistic Missile Early Warning System (BMEWS) is one of the three original BMEWS sites. The radar system is operated by the 13th Space Warning Squadron and detects, tracks, and identifies over 9,500 man-made objects orbiting the Earth. The radar also provides total coverage of the North American continent in the event of ground-based or sea-launched ballistic missile attack. Since FY12, the Solid-State Phased Array Radar System (SSPARS) has been one of two radar systems undergoing upgrades to further integrate it into the BMDS, and these upgrades are expected to be completed in FY16. The upgrade will allow a missile defense mission to the radars’ core capabilities of missile warning and space surveillance, without requiring significant additional construction or an increase in manning at the sites.[vii]

The early warning radar at Beale Air Force Base has been part of the United States BMEWS since 1979 when the 7th Missile Warning Squadron brought the Phased Array Warning System (PAVE PAWS) Radar site to Beale.[ix]Since 1979, the radar site has undergone hardware and software upgrades to its electronic and computer systems. The Beale AFB BMEWS has two faces and is designed to detect and track land and sea-launched ballistic missiles headed towards the United States mainland from the Pacific.

The PAVE PAWS early warning radar at Cape Cod AFS was activated in 1980 and is operated by the 6th Space Warning Squadron. The radar site is designed to guard North America’s East Coast against sea-launched and intercontinental ballistic missiles, with a secondary mission of tracking Earth-orbiting objects such as the International Space Station, the Space Shuttle, any object that deviates from its known orbit, or any new orbiting objects. Since FY13, the Cape Code AFS radar site has been undergoing upgrades and is set to be competed in 2017. The upgrade to Cape Cod also adds a missile defense mission to the radars’ core capabilities of missile warning and space surveillance, without requiring significant additional construction or an increase in manning at the sites.[x]