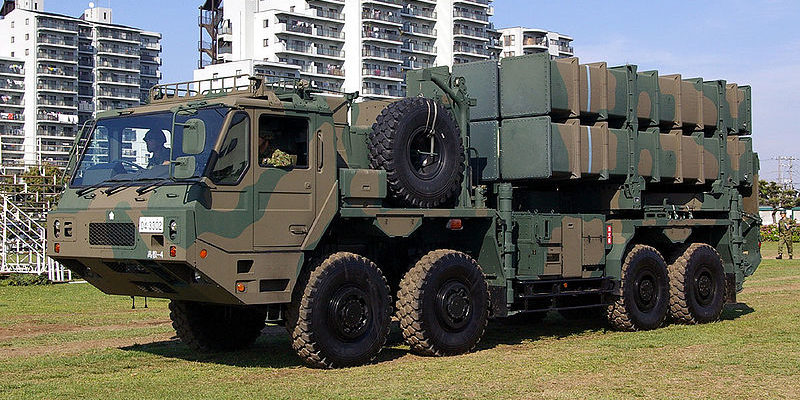 The Type-03 Air Defense System, also known as the Chu-SAM (Chu translates as Medium), is a Medium-Range Surface-to-Air Missile System designed to replace the Improved Hawk System.[i] It employs an active phased array antenna and tracks up to 100 targets while being able to target 12 of them at the same time.[ii] The system as a whole is based on 8×8 cross country trucks, including its command center, radar unit, launcher and transloader.[iii] However, the trucks are not armored, and the system is unprotected.

Type 03 is strategically valuable mainly due to its mobility. Type 03 is mounted on cross country trucks making it a highly mobile system. This was a great improvement from the Hawk system it was created to replace. Type 03 also totes good missile maneuverability and range, making it an invaluable air defense system during times of conflict and in areas with clutter and natural obstacles. It has also been designed to go against more advanced threats, making it an important system to possess as technology continues to advance.

2005: Type 03 (Chu-SAM) was adopted by the Japanese Self-Defense Forces

2001: The first prototypes of Type 03 were produced