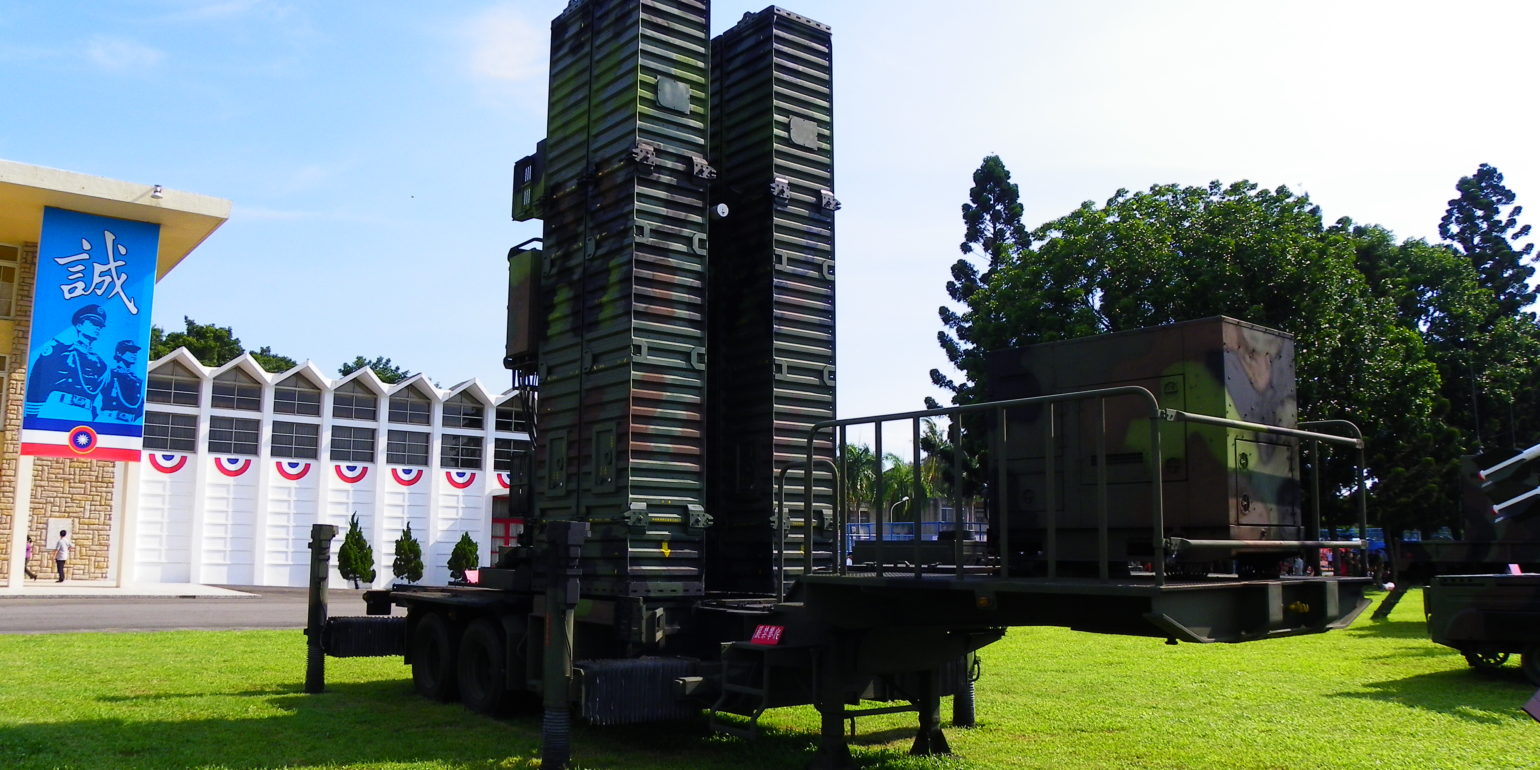 The Tien-Kung, meaning “Sky Bow”, and often shortened to TK, is a medium- to long-range surface-to-air missile (SAM) system operated by Taiwan. The system is composed of the surface-to-air missiles, the canisters, and the mobile fire control units. The fire control unit includes the phased array radar, communication relay, engagement control station, the launcher, and power plant equipment.[i]

Development of the system first began in 1981 for its original variant, the Tien-Kung I, and was deployed in 1993 with a semi-active radar homing seeker for missile guidance, supported by two CS/MPG-25 target illuminator radars. It can detect and track multiple targets, has electromagnetic counter-countermeasures (ECCM), and is maneuverable enough to intercept aircraft. It is designed to engage middle-range, multiple-target threats. [ii]

The next variant of the system, the Tien-Kung II, was deployed in 1998. The Tien-Kung II included a slightly enlarged modified version of the original, and also replaced the semi-active seeker with an active radar homing seeker for increased range and capability. [iii] It is otherwise similar to the Tien-Kung I, relying on the same launcher. Fulfilling a long-range intercept role, it primarily serves as air defense against formations of high-performance aircraft.

The most current variant is the Tien-Kung III, which made its first test flight in 2001, was unveiled in 2007, and underwent test firings in 2008. It finished its operational test and evaluation period in 2011.[iv]The missile is equipped with an active radar guidance system as well as inertial midcourse guidance, and a microwave seeker in the nose of the missile provides navigation information during the terminal phase. It also has a higher effective range and rate of acceleration due to its solid propellants and single-stage propulsion system. It can fly at hypersonic speed and its aerodynamic forces enable it to intercept highly-maneuverable targets.

The Tien-Kung III launcher can support both Tien-Kung II and III missiles, which are launched vertically. The system’s phased array radar features a multiple target-tracking capability, Identification, Friend or Foe (IFF) capabilities, target identification and electronic counter-countermeasures (ECCM).[v] The launcher can uplink target information to the missile while in its mid-course phase. The Tien-Kung III system is intended to replace the MIM-23 HAWK system.

An extended-range Tien-Kung missile, as of 2021, is currently being developed, which increases the range from 45km to 70km. [vi]

The Tien-Kung system provides Taiwan with a domestically produced and highly capable air defense. Each new variant has allowed for greater range of defense. The newest variant, the Tien-Kung III provides medium- to long-range coverage that better ensures Taiwan’s ability to intercept threats earlier in their trajectory when they pose a lower risk. The Tien-Kung III is also capable of providing defense against some ballistic missiles.

However, Taiwan still lacks an effective ABM capability, as the Tien-Kung III most likely does not have the altitude to shoot down ballistic missiles.

August 2022: An anonymous official from the Ministry of National Defense said that Taiwan has begun to increase the production of Tien-Kung III missiles from 48 units to 96 units per year. However, the former chief engineer of the Hsiung Feng III missile, Chang Cheng, stated that the current maximum range of the Tien-Kung III, around 45km, is unable to shoot down Chinese ballistic missiles, which fly at around 100km in their re-entry phase. [vi]

December 14-16, 2016: Taiwan conducts a three-day live-exercise to test its air defense capabilities, including the Tien-Kung III.[vii]

January 2016:The Tien-Kung III is exhibited at the Bahrain Air Show.[viii]

2001:Development of the Tien-Kung III begins.