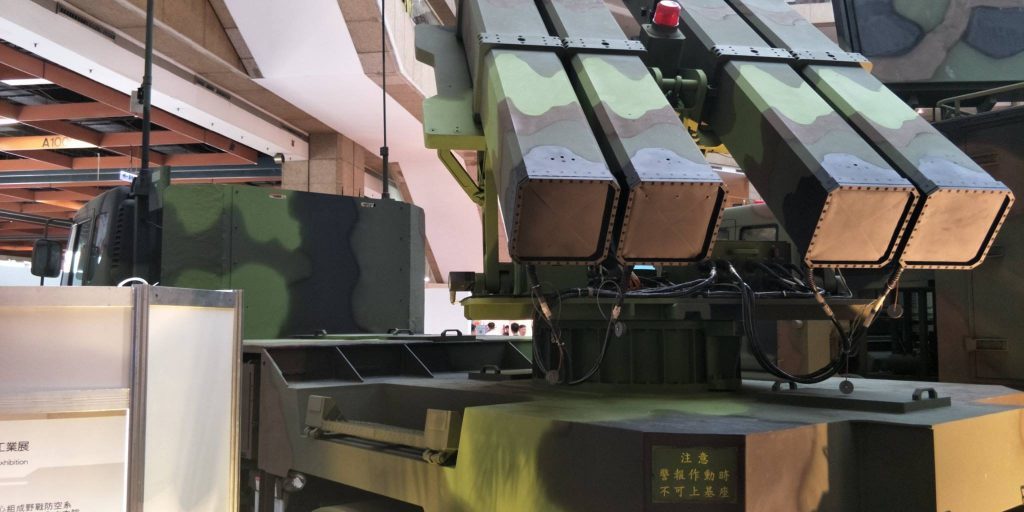 The Tien Chien-2N is a medium-range air defense system developed for the Taiwanese Navy. The system uses a variant of the Tien Chien-2 missile with an improved active radar seeker and with the addition of a booster and a thrust vector controller (TVC).[i]The missile can be launched from an incline or vertically and has all-weather and multi-target capabilities.[ii]A folded wing design minimizes the volume of the missile and maximizes the number of ready-fire missiles onboard ships.[iii]

Taiwan developed the TC-2N to fill a gap in its ship-based air defenses between the SM-2 and Phalanx CIWS systems. It is valuable in scenarios requiring a fast response and a high fire power capability. Its extended range allows ships to intercept anti-ship missiles and other threats farther away where they pose lower risks.

2014: A TC-2N missile is successfully fired from a Taiwan Navy frigate and intercepted a drone representing an anti-ship missile.[v]

2006: Development of the vertical launch system for the TC-2N is finished.

1997: A successful live firing test of a TC-2N to intercept a low-flying drone.