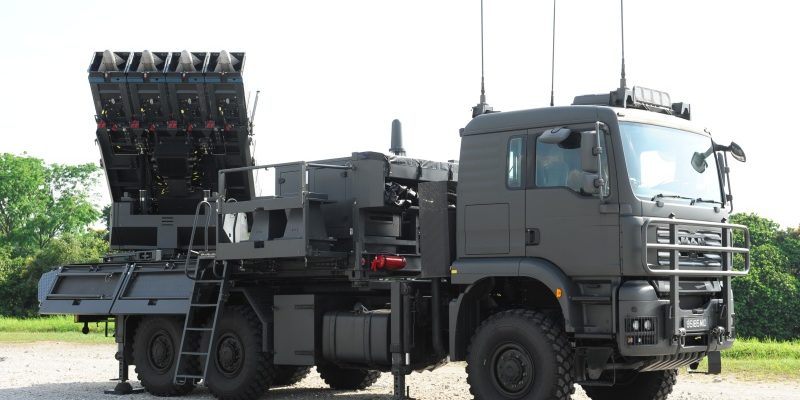 The Surface to Air Python and Derby, also known as SPYDER, is an Israeli indigenous short-range air defense system. It is capable of multi-target simultaneous engagement and single, multiple, and ripple firing. It is also capable of operating in both day and night and has all-weather capability.[i]

The standard SPYDER unit consists of a mobile command and control unit (CCU), and four mobile firing units. The launchers and CCU are connected by a datalink, which combines information from the surveillance radar with upper tier CCUs within a 100 km range. The interceptors are launched from a slant, which allows the interceptors to lock on to targets both before launch and after launch.[ii]

The SPYDER systems can fire two types of missiles as interceptors, the Python 5 missile and the Derby missile, both of which were originally air-to-air missiles repurposed for the SPYDER.

There are two variants of the system, the SPYDER-SR and the SPYDER-MR:

SPYDER-SR: The original short-range system, and has a range of 15+ km. The system is capable of holding four interceptors.[iii]

SPYDER-MR: A medium-range variant with a range of 35+ km. Other changes from the SPYDER-SR are an increased magazine size to hold eight interceptors, and a new surveillance radar, the IAI/Elta MF-STAR.[iv]

The SPYDER air defense system is valuable for its quick reaction speed and its many capabilities. In full-readiness state, the system can launch its missiles in less than five seconds from target confirmation.[v]It can launch both of its interceptors, the short-range Python 5 and the medium range Derby, in fire-and-forget or fire-and-update modes. These make the SPYDER a valuable asset for short range air defense.

May 11, 2017:India conducted three rounds of test firing of its SPYDER systems.[vii]

2012:Peru purchased the SPYDER as part of a new air defense plan.[ix]