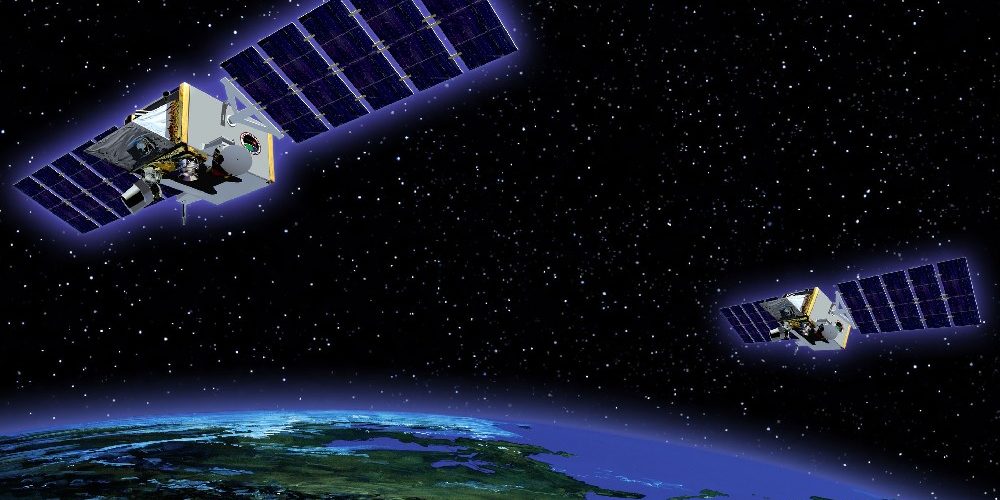 The aim of the Space Tracking and Surveillance System (STSS) is to track missiles through all three phases of flight (boost, midcourse, and terminal); discriminate between warheads and decoys; transmit data to other systems that will be used to cue radars and provide intercept handovers; and provide data for missile defense interceptors to hit their target.

STSS is able to track enemy missiles against the cold background of space, particularly during the midcourse phase of flight, which is one of the biggest challenges of ballistic missile defense. STSS designers created the system to operate in conjunction with other U.S. missile defense and missile tracking systems, filling in gaps left by these systems. STSS is able to relay information to other systems, providing up-to-date information to guide missile defense interceptors and monitor possible missile threats. STSS has three main components: a wide-view acquisition sensor, a narrow-view tracking sensor, and a signal and data processor subsystem.

The wide-view acquisition sensor detects an enemy ballistic missile just after launch when it is in the boost phase and its burners are hot. The acquisition sensor provides high-resolution, horizon-to-horizon detection capability and consists of a wide field-of-view scanning refractive telescope and a short-wave infrared focal plane array.

As the wide- and narrow-view acquisition sensors and the narrow-view tracking sensor follow the enemy missile along its trajectory, the signal and data processor subsystem receives and filters the incoming data and transmits it to ground command centers such as the Command and Control, Battle Management and Communications System fielded by numerous U.S. commands around the world. 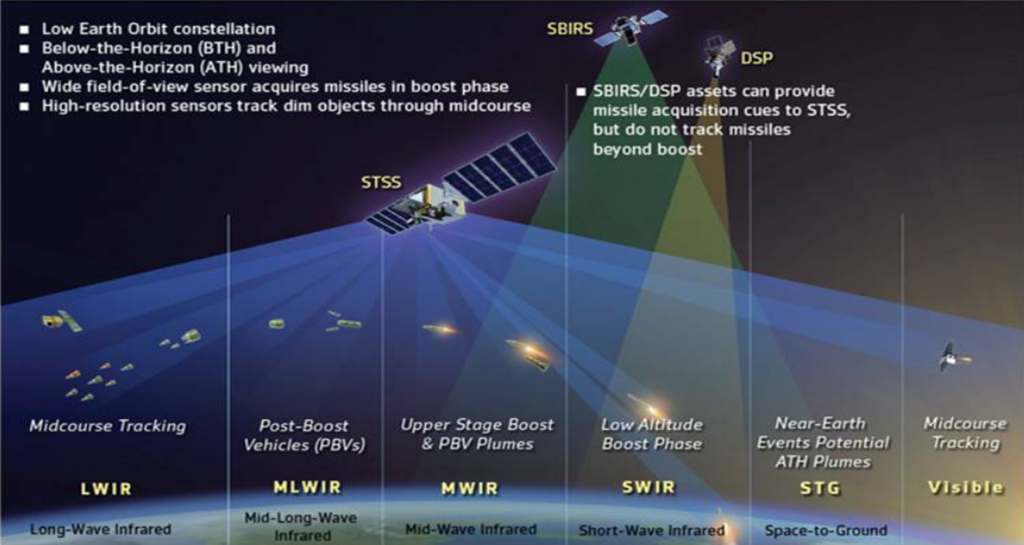 Development– The MDA, NASA, and the Air Force launched the two satellites that make up the STSS-D constellation into low earth orbit from Cape Canaveral, FL in September 2009. The two satellites orbit at 1350 km, with a 58-degree inclination, and a 120 minute orbital period.[i]The satellites are under the control of the Missile Defense Space Development Center (MDSDC) and completed an Early On-orbit Test series in November 2010, as well as additional interoperability tests with other systems such Aegis and various parts of the Ballistic Missile Defense System. While the STSS-D satellites provide excellent theater coverage and tracking of missile launches, as many as thirty satellites would be needed to provide worldwide coverage.[ii]

The STSS-D satellites were designed as demonstration satellites with a two-year in-orbit lifespan, which has already been exceeded and there are currently no plans to replace or launch additional satellites as part of the STSS program. Currently, MDA plans to keep the STSS-D satellites operation into the 2017 timeframe and defense contractor, Northrop Grumman Aerospace Systems was issued a contract in 2015 to provide on-orbit operations and sustainment for the STSS program.

MDA had originally planned a follow-on to STSS, the Precision Tracking Space System (PTSS), which would have used a simpler satellite that focused on cold-body missile tracking during the midcourse phase of flight, leaving the target acquisition role to SBIRS-High satellites. PTSS also planned to use a larger telescope than STSS, relying on subtle movements in space for tracking.[iii]Due to fiscal restraints and sequestration, however, the Pentagon terminated PTSS in its FY14 budget request.

February 13, 2013: The MDA and USS Lake Erie (CG 70) completed a successful intercept of a medium-range ballistic missile target over the Pacific Ocean by an SM-3 Block IA guided missile using STSS-D to detect and track the target, forwarding tracking data to the USS Lake Erie.[iv]

November 3, 2010: STSS completed a series of Early On-orbit Tests that tested 127 system functionalities and demonstrated the full calibration performance of both satellites, their crosslink systems, and ability and acquire and track sensor payloads.[v]

June 28, 2010: STSS spotted and observed three missile-test launches and successfully relayed data about their trajectories to observers on Earth.[vi]

June 16, 2010: STSS-D satellites monitored an ICBM launch by the U.S. Air Force, detecting and tracking the Minuteman Missile as it flew 4,800 miles in 30 minutes before hitting its target near the Kwajalein Atoll in the western Marshall Islands.[vii]

2001: SBIRS-Low transferred to the Missile Defense Agency where it became the Space Tracking and Surveillance System.

1996: Brilliant Eyes was transferred to the U.S. Air Force, which had been given the responsibility of building a new Space-Based Infrared System (SBIRS) to replace the old Defense Support Program (DSP).