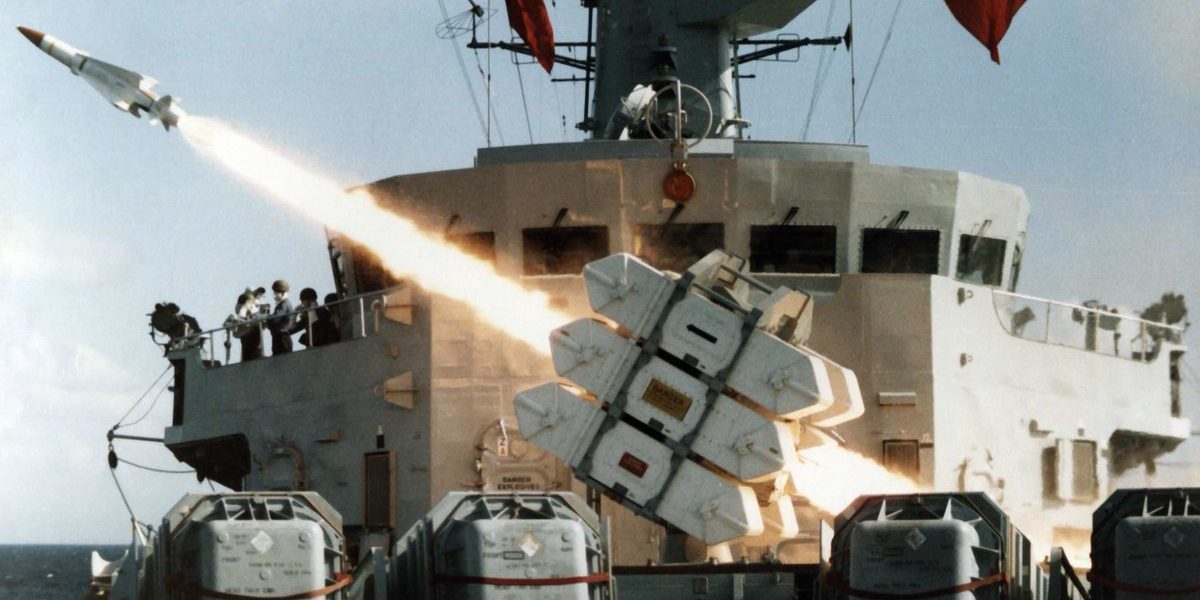 The Sea Wolf was designed and produced in the 1960s and 70s as a replacement of the original point defense missile, the Sea Cat.[i] The Sea Wolf is a short-range surface-to-air missile deployed on the United Kingdom’s Type 22 and Type 23 frigates as a defense against enemy aircraft and anti-ship missiles. During its development, the GWS-25 was tested with a vertical launch system, but the final design used a six-round trainable launcher. There were several variants of the Sea Wolf designed, although not all went into production:

The Sea Wolf provided the United Kingdom with a newer, and more capable, missile defense system for its ships. Replacing the Sea Cat, the Sea Wolf was designed with the inherent capability to intercept supersonic targets and can target and track enemy missiles automatically via the ship. The automated Sea Wolf helps the ship react faster and more accurately than a human operated system. The GWS-26 variant increased the range at which enemy aircraft and missiles could be intercepted, strengthening the last line of defense.

1976: Testing with vertical launch system begins but is eventually stopped