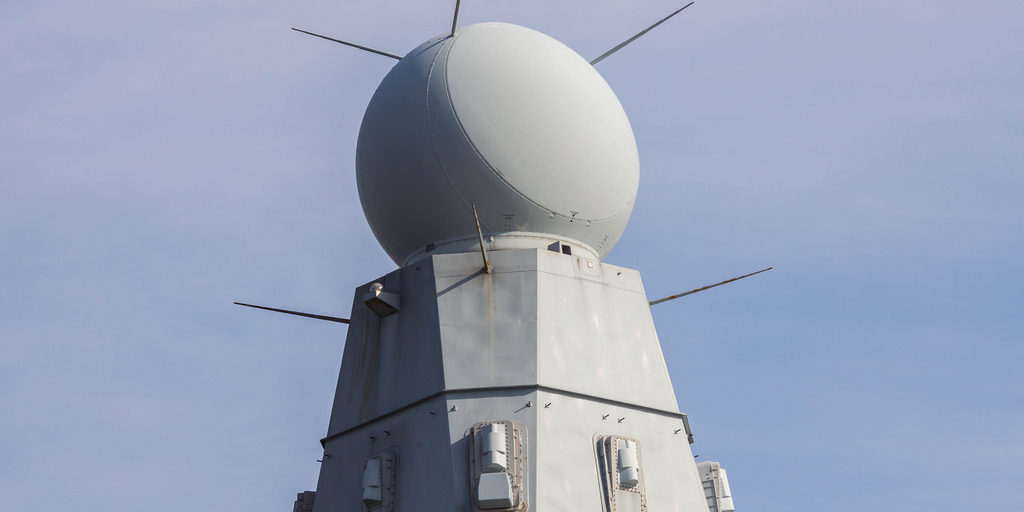 The SAMPSON radar is a multi-function dual-faced active electronically scanned array radar derived from the Multi-function Electronically Scanned Adaptive Radar (MESAR) program.[i] The SAMPSON multi-function radar can detect various types of targets out to a distance of 400 km, and it is capable of tracking hundreds of targets simultaneously. The Sea Viper Naval Air Defense system uses the SAMPSON radar to detect, assess, and command target priorities as well as calculate the best launch time for the interceptors. The SAMPSON’s ability to maneuver its beam allows multiple functions to be carried out simultaneously, combining surveillance and tracking into a single system.[ii] Because of its extended range, the SAMPSON radar can provide long-range detection capabilities with a lower false alarm rate, while employing electronic countermeasures to prevent jamming.[iii]

Strategically, its active array software shapes and directs the radar beam to carry out functions, making it practically immune from enemy jamming. This function would be especially valuable in areas near to a country’s enemy. However, unlike the active array radars employed by the United States, which use multiple arrays to provide continuous coverage, the SAMPSON only uses two planar arrays that rotate rapidly. Due to the arrays’ rapid rotation, no part of the sky lacks coverage for more than half a second on average. This type of set-up also decreases expenses associated with the radar, allowing a country to utilize extra resources elsewhere.[iv]

August 2005: Development and production engineering problems led to a rescheduling of deliveries.

October 2000: The original full-scale engineering contract was awarded and required the deliver of three pre-production standard prototype radars for test and reference purposes by 2004.[vii]